In a TV fantasy landscape that tends to get very self-serious, from those incestuous and unhappy Targaryens to the endless mythology dumps of J.R.R. Tolkien appendices, Willow on Disney+ may feel like a breath of fresh air. With a tone more akin to The Princess Bride, it manages to take the logic of its fantasy world seriously, while depicting characters with very modern behaviors and conversations. When Willow Ufgood (Warwick Davis) at one point quotes the late Billy Barty’s High Aldwin (and the 1988 movie’s tag line), “Forget all you know, or think you know,” his would-be apprentice replies, “I don’t know anything, so we can probably just skip that.” 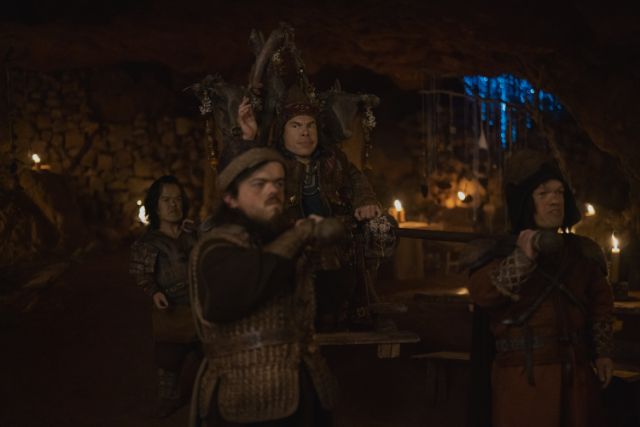 Plenty of humor gets mined from similar contrasts. When Kit (Ruby Cruz) daughter of Sorsha and Madmartigan, tells her arranged-marriage fiancée Graydon (Tony Revolori), “So…we’re getting married. That’s weird, right?” he responds “I am grateful for the opportunity to serve the realm.” When another character later says, “The letter of love be your strength,” the reply she receives from her beau is, “Right. Definitely gonna do that.”

The 1988 movie Willow was essentially George Lucas’ attempt to recreate the Star Wars magic in a fantasy realm, with less successful results. It’s more liked than loved, and in hindsight reveals certain tonal and story weaknesses that would become more apparent in the Star Wars prequels. The French-accented brownies clearly feel like a test run for Jar Jar Binks, while the awkward love story between Val Kilmer’s Madmartigan and Joanne Whalley’s Sorsha plays only mildly less creepy than Anakin and Padme’s courtship. Behind the scenes, of course, it turned real, as Kilmer and Whalley got married for a while. And they still amicably co-parent their kids, as seen in the documentary Val.

Keeping the Lucasfilm motifs going, Willow includes some familiar plot devices from The Force Awakens. This time, instead of Luke Skywalker, it’s Madmartigan who has gone missing after an important quest presumably went bad. Since Kilmer apparently won’t be returning, unless everyone involved has been Andrew Garfield-level lying, the outcome’s likely to be a bit different. Disney+ screened all but the final episode for reviewers. So if they pull any big swerve, it will be in episode 8.

But Madmartigan’s not the only “lost” character. Chosen One Elora Danan, previously a baby in the movie, has been hidden away under another identity, under such deep cover that not even she knows her real name. Since this mercifully isn’t a J.J. Abrams film or The Rings of Power, you won’t have to wait the whole season to find out — by the end of episode 1, her identity becomes unambiguously clear. Since most of the young cast are similar ages, it’s no spoiler to say time progresses differently in the Willow universe, where the actual Elora would be mid-thirties in real-world years. Thanks to Davis’ youthful face, and the implication that Whalley’s Sorsha has had a hard life as queen, the illusion of the returning leads’ younger-than-reality ages is just plausible.

Throwing even more confusion into the timelines, Willow recovers from one of the Star Wars sequel trilogy’s big mistakes by using flashbacks to fill in the key events that happened over the last…however many years it is in their time. Willow and Sorsha have had a falling out over their differing reactions to a prophetic vision he had shortly after their adventures in the movie. Needless to say, evil is not vanquished. The new big bad’s an unseen Sauron-like force named the Withered Crone, who may or may not be a new form of the late Queen Bavmorda. Note: if you haven’t seen the movie, or at least not in some time, it’s worth at least hitting up Wikipedia to relearn the differences between, say, Galladoorn, Tir Asleen, and Nockmaar.

The original Willow notoriously named some of its villains and monsters after film critics who gave Lucas bad reviews, like General Kael and the two-headed Eborsisk. The new Willow does this once, although it involves a deceased critic already immortalized similarly in Galaxy Quest. However, it places other pop-cultural references elsewhere. One of the new leads? A knight named Boorman, presumably after Excalibur director John Boorman. And American Werewolf in London fans will catch the name of a familiar inn.

Which leads us to the only really bad choice the show makes. Lucas knew that fantasy should be timeless — you don’t hear ’70s rock n’ roll songs played in a Star Wars series. Willow, however, edges into A Knight’s Tale territory with its use of pop sings and covers. Initially, it’s not too bad: Fuzzy alt-rock band Antibody covers songs like “Hurdy Gurdy Man” and “Enter Sandman” over the end credits. Awful selections aside — David Fincher’s Zodiac used “Hurdy Gurdy Man” definitively — they’re easy to ignore. Later episodes, however, use punk rock music to score an action sequence, “Crimson and Clover” during a big dance, and most egregiously, the Beach Boys’ “Good Vibrations.” The effect proves more jarring than when Roger Moore’s James Bond used a similar tune to snowboard in A View to a Kill.

It’s unclear whom those songs are for. Fans old enough to have liked them upon release don’t need the lure of oldies to watch a Lucasfilm sequel, and kids may not even know them. An oddly misguided choice in a series whose own inherent nostalgia value hits fans in the feels more than a Metallica cover could.

Warwick Davis, who rarely gets the lead role outside of Leprechaun movies, makes the most of his return as a beloved character. Utilizing well-honed skills at portraying frustration and hubris in his series Life’s Too Short, he plays the older Willow as equal parts hero and scammer, as his mentor the High Aldwin was before him. He’s less good at portraying genuine despair, but he’s very much the same Willow Ufgood plus the added baggage that age and personal failings bring.

Whalley, who’s in the story less often due to being too old for questing and essential to stability of rule back home, brings more layers to Sorsha. Forced into a more conservative, reactive role, she must fight public perception and temptations to become more like her evil, dead mother.

Dempsy Bryk’s Prince Airk, named after Gavan O’Herlihy’s character in the movie, is so perfectly cast as Val Kilmer’s son that it’s a shame he becomes the MacGuffin, kidnapped early by monsters. This precipitates the quest that makes up the show, embarked up on by Kit, Graydon, Willow, Boorman (Amar Chadha-Patel), Airk’s secret lover, Dove (Ellie Bamber), and female knight Jade (Erin Kellyman). It’s a quest that feels episodic and right for TV, rather than the hypothetical “eight-hour movie.” Each week brings a different obstacle, or perhaps mini-boss. As with The Lord of the Rings trilogy, there is no major Darth Vader-ish, in-person villain. Rather, people and things become corrupted to varying degrees.

Many of the original characters and actors have died since 1988, but expect every major name from the film to at least come up in some fashion. Christian Slater, who doesn’t show up until near the end, adds a blast of movie-star charisma in a new-ish role, recalling his scene-saving version of Will Scarlet in Robin Hood: Prince of Thieves. And for all Disney’s big talk, little action overall on the subject of gay characters, same-sex romance is integral to this series. Both explicitly, between major characters, and implicitly between minor ones. With its little person lead and female arch-villain, Willow always was a progressive property. 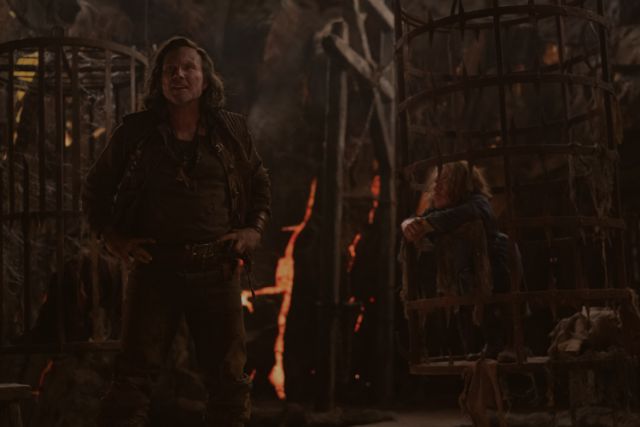 Most importantly, however, the world of Willow still feels epic. For reasonable budget allocation, some episodes take place in more enclosed areas than others. But the viewer never feels stuck on a soundstage; there’s always the sense that around the next corner, we might see a large castle, endless ocean, giant dimensional doorway, or vast underground mine. Part of the point of Willow was always to make the viewer feel like a literal and figurative little guy against unreal odds, while keeping the human-level interactions real, navigable, and entertaining. In that regard, the spirit of the original film remains.

Should Lucasfilm decide later on to pull a Special Edition move and cut all the songs from subsequent streamings, it would be even better.

Recommended Reading: Willow: The Storybook Based On the Movie

Willow's Christian Slater reveals how he paid tribute to Val Kilmer's Madmartigan in episode 3 of the Disney+ series.
TV 2 weeks ago

How Willow Got That SPOILER Vocal Cameo in Episode 6

Was that who it sounded like?
TV 1 month ago

Why he feels the contrast of contemporary and fantastical is integral to that universe.
TV 2 months ago