It would probably have been quite something to see Ryan Coogler‘s originally planned version of Black Panther: Wakanda Forever. Life, and death, had other plans. As did COVID-19, Letitia Wright’s visa/vax status, and a reputedly overworked digital effects team. It is to Coogler’s credit that the movie manages to be as entertaining as it is. But it would take more than a heart-shaped herb to give the final product the power to keep the seams from showing.

Any future audiences may be very confused by the beginning of Wakanda Forever, which deals with the late Chadwick Boseman’s passing by having his character T’Challa suddenly die off-screen from an undisclosed illness. We never learn exactly what illness; only that Killmonger’s destruction of all of the heart-shaped herbs made it impossible to properly treat. Wakanda mourns, but time soon skips ahead a year. 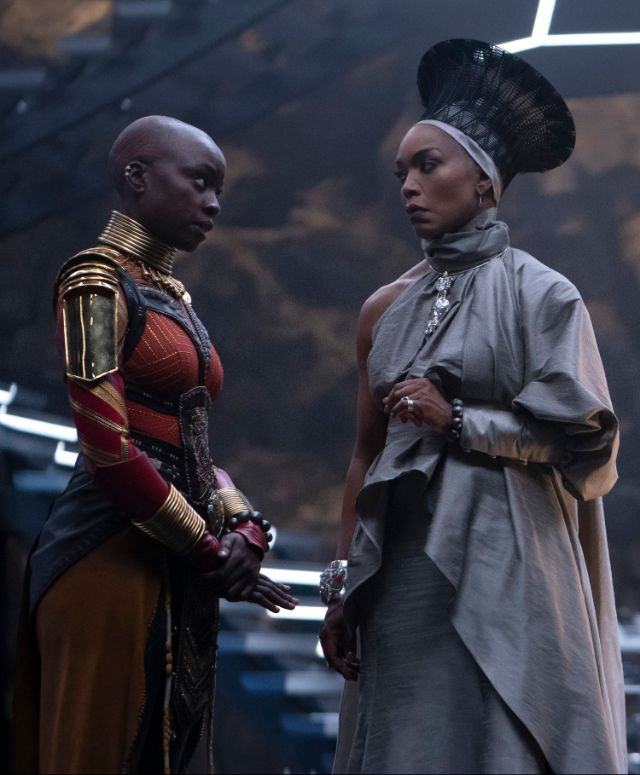 In a new Black Panther-free world, all of the other nations look to exploit Wakanda and sneak away as many of its vibranium resources as possible. When this proves harder than expected, the U.S. goes searching for more vibranium at the bottom of the ocean, aggravating a certain kingdom of undersea dwellers who sense colonialism coming for them.

Namor (Tenoch Huerta), king of the underwater city of Talokan, plays like a Mesoamerican version of Killmonger this time around. But rather than overthrow Wakanda, he hopes for an alliance, so that both their nations overthrow the rest of the world. That sounds awfully optimistic given he only has one city. But he’s also super-strong, and can control whales.

Huerta makes this Namor compelling, but more so than most major Marvel characters onscreen, he feels very different from his comics counterpart. The switch from Atlantis to Talokan — the latter based on the Aztec afterlife realm of Tlalocan — is an understandable artistic call to avoid duplicating DC’s Aquaman. Yet the imperious tone of the character from the comics is gone, as this Namor simply converses casually in Mexican-accented colloquial English. It’s a deceptive informality to win people over, but it also feels like a completely new character, with a new origin story too, save for his obligatory pointy ears and winged ankles.

New young genius Riri Williams (Dominique Thorne) also plays a major part, with her skills proving pivotal in Talokan’s eventual hostility toward Wakanda. All of the returning characters add to what we know about them from before, with character based humor, grief, and rage. Aside from Namor, however, the Talokan people reveal very little. Attuma fights really well, though.

Ludwig Goransson’s score, as well as the various songs spread throughout the soundtrack, play a large part in establishing the environments over and under the sea. In terms of visuals, “under” fares better — on land, the Wakandan capital city spends much of the film just slightly out of focus, as if to conceal unfinished CG. It’s a cliché by now to complain about conspicuous digital effects in a Marvel film. However, during Namor’s big attack, he does look poorly greenscreened against lower-resolution digital backdrops. Talokan looks nifty, as if it got most of the CGI budget.

There’s something nicely ironic about a nearly three-hour action movie which embraces the notion that fighting is bad. Political critics who bash the MCU as military propaganda may appreciate that touch. They may also appreciate the fact that the CIA here behaves more like the actual CIA than in the prior film. It plays both sides against each other while hoping to take what it wants. Centuries of self-interested geo-politics and colonizing are the real enemy here.

Meanwhile, the story clearly sets up Riri, a.k.a. Ironheart, for her own upcoming series. Yet what’s more surprising is the amount of spinoff avenues that feel like they get shut down rather than opened up. That’s hard to explain without spoiling, but Thorne’s casually brilliant college student is certainly appealing enough to carry a show.

One thing Coogler and the actors really get right is making the viewer care about the characters in their battle scenes. When it comes to several key face-offs, tensing up as they hurt each other may become a spectator’s default reaction. Except maybe for the barely defined Attuma and Namora, we care about these people on the screen and what happens next. Cinematically, though, this movie isn’t a patch on the original Black Panther. Grief undoubtedly threw the cast and crew off, but very few of the cinematography or editing choices feel inspired. 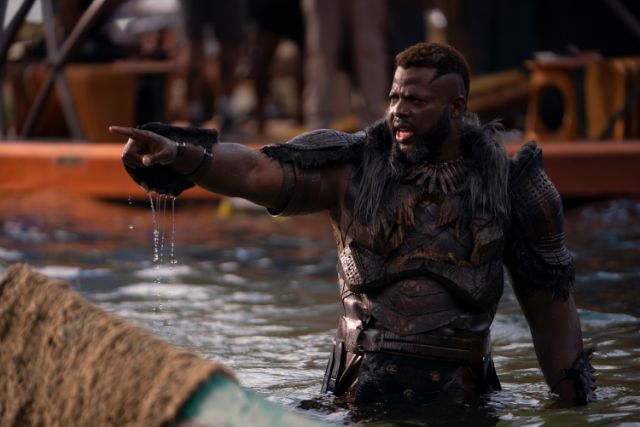 Whether or not T’Challa should have been recast is an open debate. But consider that when Superman Returns cast Brandon Routh two years after a long-paralyzed Christopher Reeve died, many fans wouldn’t accept it. For an entire generation and underserved demographic, Boseman’s T’Challa is what Reeve’s Superman had been. That depth of feeling had to be handled with care, and the needed catharsis comes across. But there’s a lot of other movie to get to after that. And when it’s not dealing with grief and rage, it feels like Coogler was merely doing what he had to in order to get to those parts.

Marvel Studios movies are never less than entertaining. And this sequel to one of Marvel’s best movies already had a lot to live up to before it started facing challenge after challenge. The signs of that strain are everywhere.

How the veteran helped her focus.
Movies 5 days ago

Avatar: The Way of Water gets nominated for Best Picture at the Academy Awards, while Wakanda Forever gets an Oscar…
Movies 2 weeks ago

Find out what it took to make the sounds.
TV 3 weeks ago
Loading Comments...