Santa Claus still brings toys to big girls and boys (and those who identify otherwise), but they’re bigger, rarer, and more valuable. Also not as easy to find at retail, since grown-up collectors get to visit and stake out stores with a frequency kids can’t match. We’ve scoured Amazon for some of the best superhero stuff in this department, but be warned. Toys and collectibles are more subject than most items in our guides to sell out. As of the time of writing, however, everything in our 2022 holiday gift guide for toys and collectibles, below, remained in stock.

Venom, Agony, and Riot make up this Amazon exclusive set to help build out your symbiote army. All claws and grinning fangs, these symbiotes might like to make your brain a tasty snack, but at least Eddie Brock retains some semblance of humanity with that alternate head. Until Tom Hardy signs off on his likeness, this might be the best Venom set out there.

Any fan of toys on your list wants this, if they don’t have it. LEGO’s first officially licensed Transformer actually transforms like the G1 toy, but you’ll have to build it first. In robot form he’s also fully poseable, and comes with accessories like his trusty energy ax. Build, and roll out!

These five-points-of-articulation action figures of O.G. Star Wars bounty hunters Dengar and IG-88 look a whole lot like the original Kenner action figures. They’re just different enough so they won’t fool hardcore collectors, but are way cheaper and more freshly painted than the originals. Those who are old enough may remember the thrill of a figure that actually came with two guns, and now they can pass that on or relive it for the holidays.

Grab five figures at once — a $100 value — and get the whole Bat-family in their crime-fighting gear. Batman comes in a new exclusive blue and gray deco, while this Batgirl hasn’t been available since the build-a-Batmobile initial wave. Red Hood includes masked and unmasked heads, a rarity in the line. Throw in Robin and Nightwing, and the whole brood’s here. Ready to brood, as it were. And fight.

DC’s favorite new villain, a crazed Bruce Wayne infected with Joker Venom, seeks to unleash Barbatos and all the villains of the Dark Multiverse. In this board game, players must work together to build up a team of heroes and allies to stop him. Suggested for 1-4 players ages 15 and up, the game also includes an exclusive miniature collectible figurine of the Bat-villain and three of his infected evil Robins.

It’s rare to find a Mondo Toys figure in the wild for less than the original retail price. Especially one as in-demand as Hordak. Now that She-Ra’s started shipping, many collectors may decide anew that they need her arch-nemesis. If that’s you, or if you were waiting for  a lower price, this deal has the power and…well, not honor, exactly. Hordak hates the very concept. 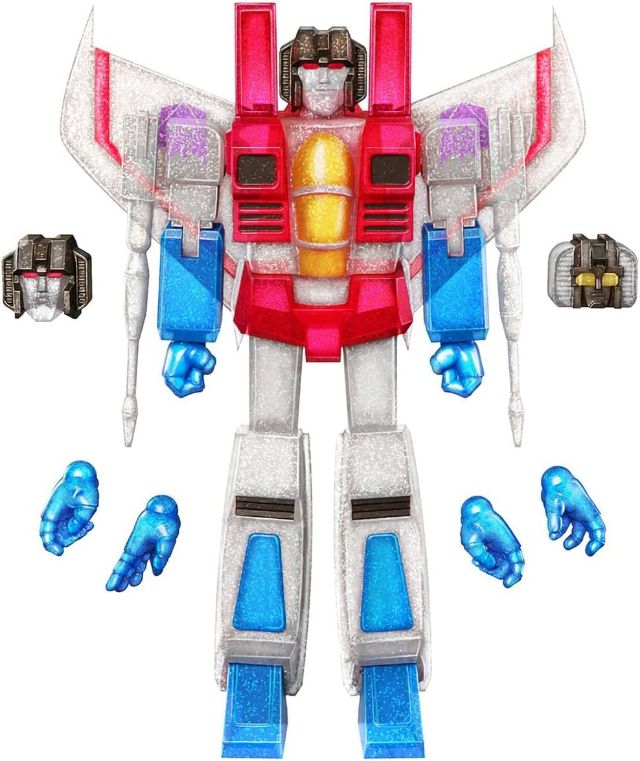 Super7 figures rarely go for this low, so grab Starscream while you can! This ghost variant features translucent parts with glittery deco, alternate heads and hands, and is based on the animated version. Fully articulated but non-transforming, he’ll make your Transformers display ever more devious.

Whether your intended recipient loves superhero action figures or just lifelike replicas of gorgeous actresses, this fully articulated figure of Erin Moriarty’s Starlight fits the bill. One of her alternate heads features eyes that light up a room; the other features a smile that does. If you don’t mind that NECA won’t be making the rest of The Boys, this is a great price.

Need some reading material over the holiday?
Deals 2 months ago