Our next look at Cal Kestis’ upcoming adventure is only a few days away. News about Star Wars Jedi: Survivor was one of the most exciting announcements to come out of Star Wars Celebration earlier this year. But later this week, EA and Respawn Entertainment will screen new footage from the highly-anticipated sequel during the annual Game Awards ceremony. Ahead of the trailer’s premiere, the developers (via Variety) have also shared brand new key art for the game. You can check it out for yourself below.

Unlike the announcement teaser, which was heavy on cinematics, the new trailer promises to showcase actual gameplay footage from Survivor. The sequel finds Cameron Monaghan reprising his role as Cal from the previous installment, Star Wars Jedi: Fallen Order. The original game introduced his character as a Padawan who survived the purge of Order 66 and joins new allies to help restore the Jedi to their former glory. According to early details, Survivor picks up five years after its predecessor. But aside from Cal’s droid companion, BD-1, it’s unclear which other members of the supporting cast might also return. 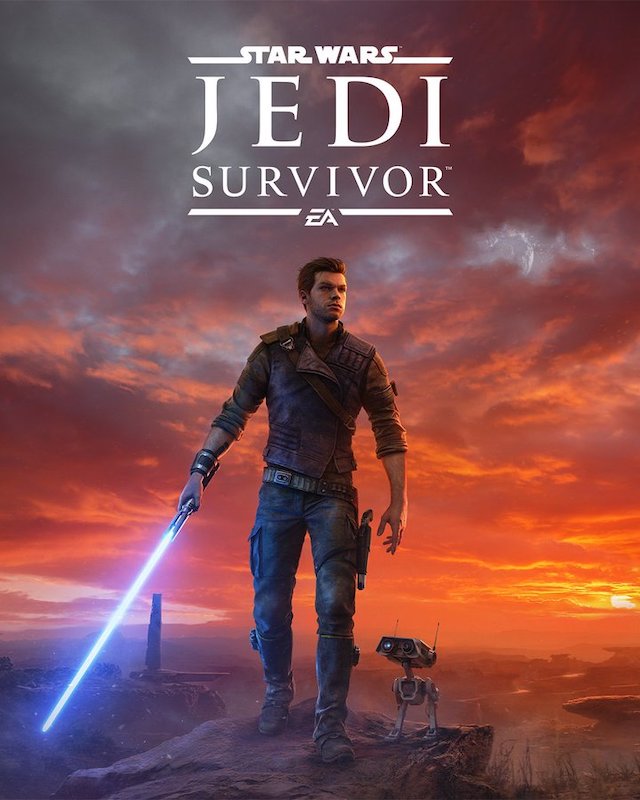 “I don’t want to spoil too many details ahead of the show,” said Game Awards creator Geoff Keighley. “But I can say that it will be the first time that Respawn will be showing the game in action to the world. So fans have a lot to look forward to. We’ve been working with Respawn and EA on this moment for the better part of six months.”

It seems likely that the trailer will confirm Survivor’s official release date as well. However, that information may have leaked already. Earlier today, Survivor’s official Steam page appeared to reveal that the game will hit stores on March 15, 2023. These details were subsequently removed, but not before a handful of users took screenshots of the page, including a list of pre-order bonuses. In the lead-up to Survivor’s debut, Lucasfilm is also releasing a new prequel novel, Star Wars Jedi: Battle Scars, which was written by Sam Maggs and will be released on March 7, 2023.

The Game Awards will stream this Thursday, December 8 at 8pm ET.

Are you excited to watch the new trailer for Star Wars Jedi: Survivor during the livestream? Let us know in the comment section below!

Cal Kestis himself explains how Star Wars Jedi: Survivor ups the ante from the previous game in the series and…
Video Games 2 months ago

A new trailer for Star Wars Jedi: Survivor debuted at The Game Awards, and set up the next stage of…
Video Games 2 months ago
Loading Comments...