The Holiday season is coming, and this year Disney+ will treat its fans with the brand new The LEGO Star Wars Holiday Special. And since there is no Star Wars without Anthony Daniels, EW brings word that the actor will voice the iconic C-3PO once again in the upcoming animated feature. Besides Daniels, Billy Dee Williams and Kelly Marie Tran will resume the roles of Lando Calrissian and Rose Tico, respectively.

“Williams had such great, positive energy around the whole project and, of course, we couldn’t do C-3PO without Anthony Daniels and he brought his magic to the character,” said executive producer James Waugh. “Daniels did joke around with us that he couldn’t believe he was doing yet another holiday special. He never thought he’d be doing that again.”

The story will take place shortly after what happened in Star Wars: The Rise of Skywalker, and it will follow Rey and BB-8 traveling through time and space. But sometimes, even the Force-sensitives like Rey need someone to step in and save the day. In the upcoming show, it will be Rose Tico’s turn to take charge.

The LEGO Star Wars Holiday Special will debut on Disney+ on Nov. 17. The streaming service has also released a brand new poster for the movie. Check it out below.

What do you expect from the upcoming The LEGO Star Wars Holiday Special? Let us know in the comments section below. 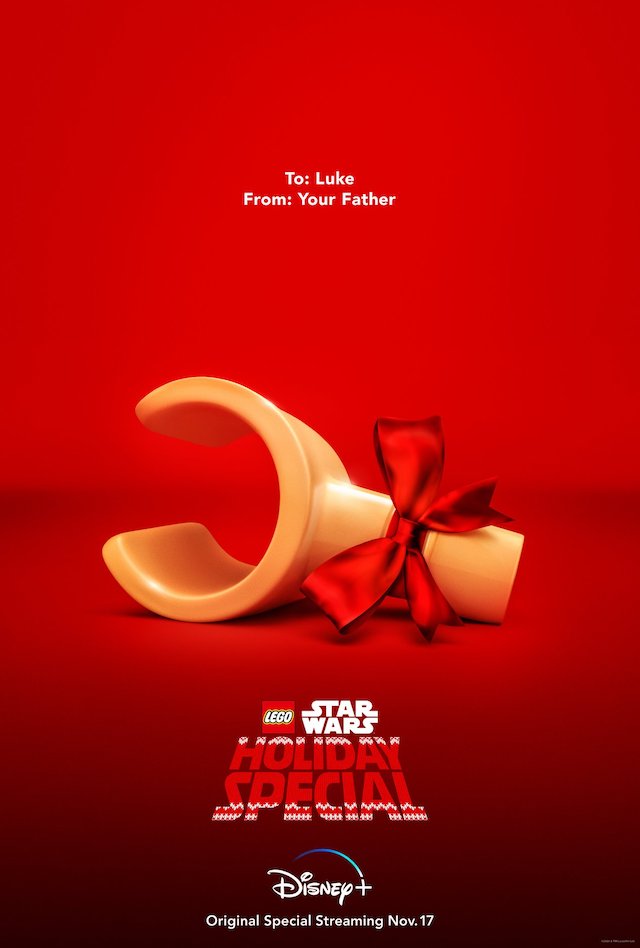 Aardmans's take on Star Wars should be interesting.
TV 5 days ago

For the benefit of Star Wars fans who wished Andor had more cameos.
TV 2 months ago
Loading Comments...