After more than its fair share of delays, Morbius’ theatrical release is (once again) right around the corner. And while some fans might have their doubts about the film’s current April premiere date, Sony is digging its heels in. The studio has confirmed that tickets for Morbius are officially on sale. You can check out the official announcement video below.

Sony is also hyping the movie’s debut with a new featurette (or “vignette”) that finds Jared Leto sharing new insight into the title character. In the video, Leto explains that he was attracted to the role because Morbius (unlike the Joker) has never appeared onscreen before. This ultimately gave him the freedom to play the living vampire without having to worry about distinguishing himself from earlier performances.

RELATED: Final Morbius Trailer Wonders if He’s the Bad Guy or a Legend

Additionally, Morbius is still on track to play in select IMAX locations next month. That’s why Sony has also released a new poster to encourage fans to see the film with an expanded aspect ratio and better sound. Perhaps to symbolize “the darkness within,” the poster shows Leto’s silhouette surrounding the cave entrance where Morbius gets his powers, all while bats fly off to one side. Check out the artwork below. 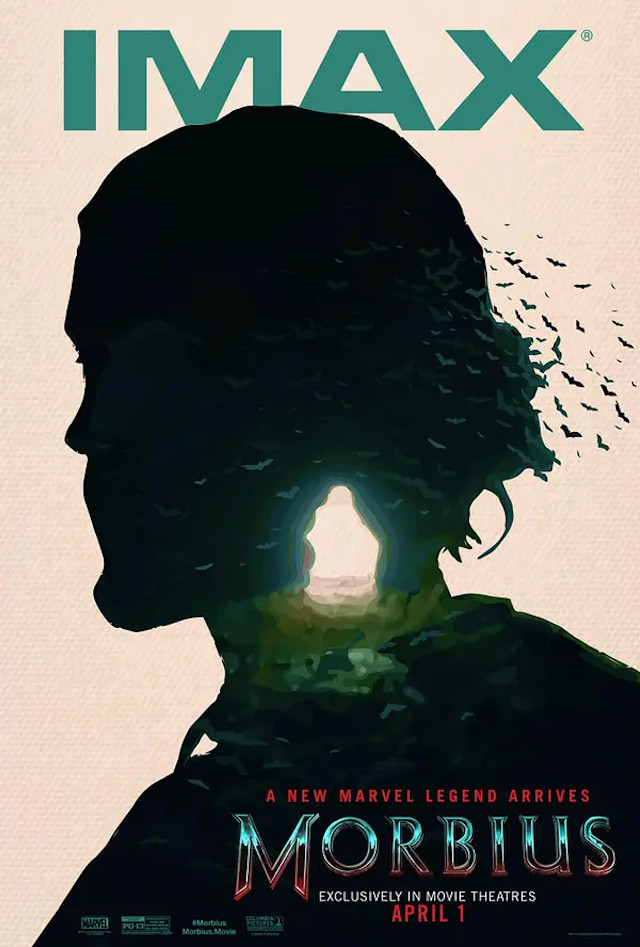 Morbius will open in theaters on April 1.

Do you plan on ordering tickets for the film? What do you think of the new IMAX poster? Let us know in the comment section below!

Jared Leto will compete for Worst Actor at this year's Razzie Awards, as Morbius picks up five nominations including Worst…
Movies 2 weeks ago

Insomniac Games and Sony have released a brand new trailer for the upcoming PC port of its critically-acclaimed title, Marvel's…
Video Games 4 months ago

Sony’s Morbius is Now Available To Stream on Netflix

Jared Leto's critically-maligned turn as Marvel's living vampire has finally arrived on Netflix after a dismal run in movie theaters.
Movies 5 months ago

Thor, Jane Foster, and a familiar pair of goats are among those who appear in new character posters for Marvel's…
Movies 8 months ago
Loading Comments...