Sisters can be the worst sometimes. Especially when they sell you and the collected heroes of Thra out to a demented flock of immortality-obsessed vultures. Luckily, Brea’s guardian angel made sure The Dark Crystal: Age of Resistance didn’t end with the group’s draining. It’s back to being fugitives, though they now have a destination: the Circle of the Suns. Hopefully, they can make it before Thra falls to ash under the treacherous new All Maudra and the essence ravaged Skeksis. 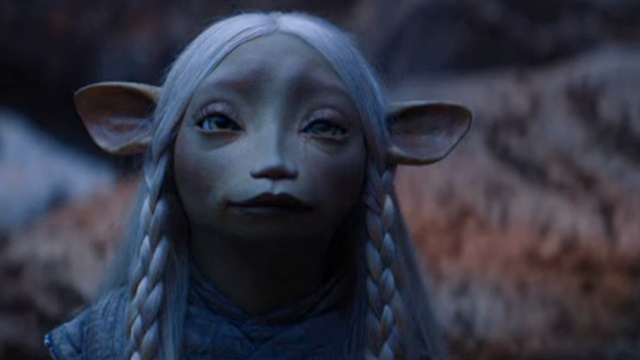 Brea, Rian, Deet and their friends are loaded into a prison transport alongside a number of paladin volunteers. The carriage heads toward the Crystal Castle, but Lore isn’t far behind. After shocking Seladon by destroying the throne during his escape, Lore rushes after the carriage. He’s able to catch up thanks to Rian stepping in front of the vehicle and distracting skekVal. Lore frees the others and scares the Skeksis into retreat. Rian convinces the Vapran paladins to Dreamfast with him and spread the truth about the Skeksis to all of the clans.

The heroes make their way to the crystal desert, with their sights on a relic known as the Circle of the Suns. But they all need a rest before making the trek. The downtime allows Brea’s emotions to finally catch up with her. Deet comforts her while she mourns her mother’s death and suggests they hold their own ceremony for Mayrin. The crew gathers around the fire and captures a song for Mayrin within a dream stitch, sending it into the desert.

The crew wakes up the next morning to an arriving Dousan named Rek’yr. He heard their song and wishes to help them journey to the Circle of the Suns. Rian and Hup have concerns about Rek’yr, but Brea agrees. Naia and Gurjin stay behind as the rest head into the desert. The watchful eye of the Hunter isn’t far behind. But urVa might have something to say about his involvement. 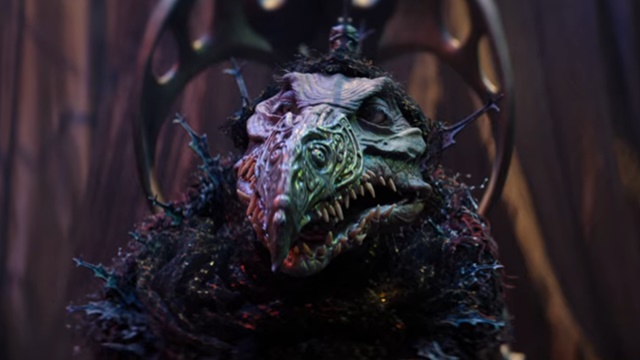 The Skeksis’ self-control issues are well known, but their obsession with essence has never been grosser. Following a worrying run-in with the Stonewood clan, SkekSil returns to the castle to find it nearly empty. He finds his fellow Skeksis feasting on essence after draining a number of castle guards in response to an uprising. SkekSil tries to throw skekVal under the bus for killing Mayrin, but skekSo isn’t bothered. The General’s actions liberated the Skeksis to do whatever they choose with the Gelfling. Those Gelfling include Tavra, who is imprisoned within the castle with the rest of the castle guard. 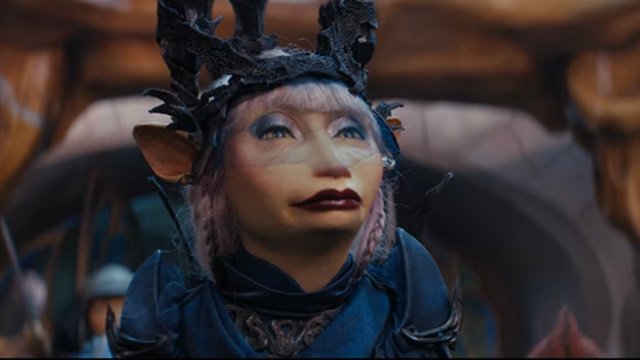 Seladon prepares to take the throne following her mother’s death. But not before decreeing that her mother’s body will be burned instead of buried. A traitor doesn’t deserve to be returned to Thra in Seladon’s mind. She summons the Maudras for her coronation, but not all believe Seladon should take the throne. Fara pledges to avenge Mayrin’s murder, but Seladon refuses. A number of Maudras give Sleadon their blessing, but Fara challenges Seladon for the crown. Knowing Rian’s truth, they must fight the Skeksis. Seladon accepts the challenge and retreats to her quarters to prepare.

She returns some time later dressed similar to the Skeksis with a new, dark crown upon her head. Fara can having the All-Maudra’s crown. It is tainted with traitorous blood. Seladon will rule Thra with a new crown forged for one that is loyal to the Skeksis. She attacks Fara, breaking her mother’s crown in the process. Fara refuses to bow to Seladon and leaves with the Drenchen Maudra. Seladon’s way is now the Gelfling way.

What did you think about The Dark Crystal: Age of Resistance season 1 episode 6? Share your thoughts with us in the comment section below!