All the death, growth and posturing came to a head as The Dark Crystal: Age of Resistance closed out its first season. Rian’s call to unite the Gelfling against the Skeksis reached the farthest corners of Thra. But a decree doesn’t guarantee an army. And he better hope that army shows because the Skeksis definitely got the message. Now, with Stone-in-the-Wood as their battlefield, the heroes of Thra made their last stand against those that corrupted their world. And they were ready to die in its defense. 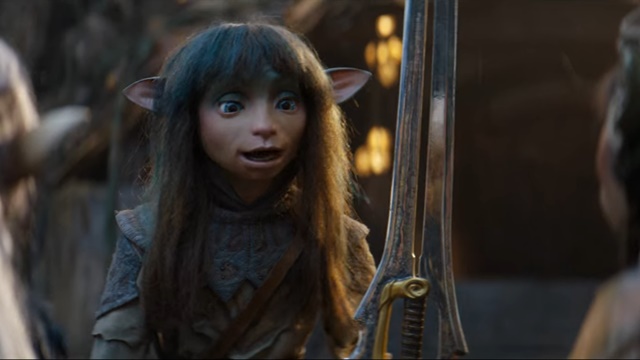 Rian and Deet prepare ahead of the battle despite no one else joining the fight yet. Deet keeps her distance while making smoke bombs, hiding the Darkening within her after receiving the Sanctuary Tree’s power. Their worries are soothed somewhat as Brea, Seladon and a collection of Stonewood arrive. Rian’s shock at learning of Aughra’s sacrifice gives way to resolve. Her death will not be in vain. No more running. Death will come before Rian runs again.

The Skeksis run through their own preparations before leaving. SkekSo pulls more Darkening into his staff, further damaging his body. It’s a cost he’s willing to pay. SkekSil goes back on his deal with the Gruenaks before departing with the others. SkekTek is the only one left behind, charged with figuring out how to reanimate the Arathim for skekSo’s army. The decision frustrates the Scientist, and it only grows when he’s unable to coerce life out of the Spitter husk. He abuses the Gruenaks once more before taking a break in the throne room.

The Hunter suddenly awakens, screaming for Rian, and rushes out of the castle. UrVa rises at the same time, seeing through the Hunter’s eyes. A stunned skekTek is attacked by the Guenaks when he returns to his lab. But the creatures don’t pose much of a challenge. SkekTek kills them both, but their deaths might be exactly what his experiments need. 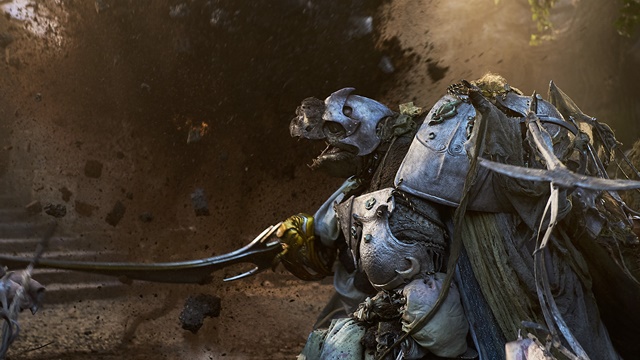 The Skeksis descend upon Stone-in-the-Wood, meeting the small Gelfling force opposing them. They laugh at them, stressing that no other Gelfling will join their fight. Rian doesn’t lose hope, though. He challenges skekSo to a one-on-one fight, but the skekSil convinces the Emperor to let skekVar fight for the Skeksis. The battle ends with the Dual Glaive buried in the General’s side, draining his life force. Rian elects not to kill him, letting him go only for the Skeksis to banish him for his failure.

An all-out assault commences after skekVar’s loss. The Gelfling attack by land and air, holding their own against the vultures. The Skeksis even turn on each other when skekSil murders skekVar, reducing him to dust. But things start to fall apart when Fara takes a blade for Seladon. The Hunter arrives soon after, taking Rian by the neck and destroying the Dual Glaive. Before he can kill Rian, urVa leaps from the Circle of the Suns, disintegrating as the Hunter transforms into Aughra. She tells the Skeksis to retreat, but they refuse. Not even the arrival of warriors from all seven clans and the Arathim make them run. SkekSo employs the Darkening against them, but Deet intercepts the attack, absorbing an absurd amount of the Darkening. She fires it back at the Skeksis, causing skekLach to explode. Her death shocks the Skeksis into retreating. The Gelfling stand tall. 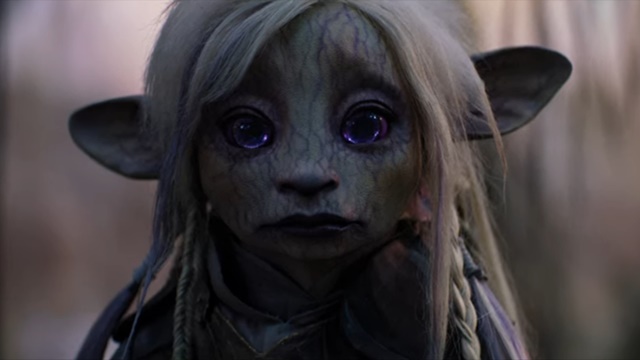 Deet pulls away from the group as they celebrate the victory. Her purple eyes and darkened face mark a permanent change within her. Rian follows her, but Deet doesn’t allow his pursuit for long. Deet disappears behind a closing wall of vines and dead foliage.

Brea finds a crystal shard within the remnants of the Dual Glaive. It’s the missing piece of the Crystal of Truth. This is the key to ending Skeksis power, not the sword. The discovery excites Aughra, but she reminds them that the fight is just beginning. They won hope today, uniting Thra against those that corrupt it. Their ranks might soon grow once again as Hup retrieves Lore’s talisman in the crystal desert.

The Skeksis return to the Crystal Castle full of dread and panic. But skekTek’s breakthrough should soothe them. He reveals their new soldier, a combination of Gruenak and Arathim named the Garthim. The war for Thra has begun.

What did you think about The Dark Crystal: Age of Resistance season 1 episode 10? Share your thoughts with us in the comment section below!