We may be in the early days of summer, but the Young Justice: Outsiders crew gathered around the table to give thanks in this week’s final episode. Violet, Tara, Brion and Forager’s first mission as members of Gamma Squad didn’t go quite as planned, but it wasn’t without illuminations. But the Suicide Squad’s existence hit the backburner in favor of turkey and dressing. Unfortunately, Violet’s guilt over her past self’s role in the Markov’s murder wasn’t remedied by cranberry sauce. Her’s wasn’t the only conflict either. Thanksgiving has a way of courting such, whether emotional or physical. 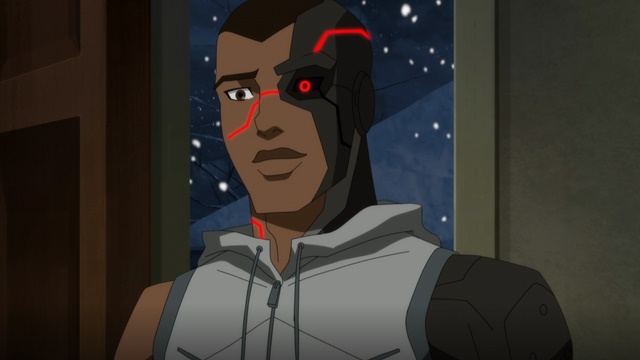 Groups gather around the tables of Artemis and Conner to celebrate the holiday, but emotional struggles threaten some’s ability to enjoy the holiday. In Happy Harbor, Forager tries to convince Vic to join the group for dinner to little result. His feelings of loneliness are too overpowering. That doesn’t dissuade Forager from committing to “uncrush” Vic. He reminds Vic that he has a hive that supports him, but Vic just tells him to go inside and get warm. Forager’s allusion to metamorphosis hits home after a while and Vic joins them at the dinner table.

Things in Star City are a bit worse off. The Crocks and Harpers are having a good enough time when word slips of Artemis’ return to the Team. Her mother grows upset at the news, admonishing her for throwing away her chance at a normal life. She doesn’t want her daughter to end up like her, plus she’s noticed that Artemis is taking a liking to Will. Lian needs a mother, especially since Jade isn’t coming back to take care of her child. Artemis doesn’t have to fight in order to help people. 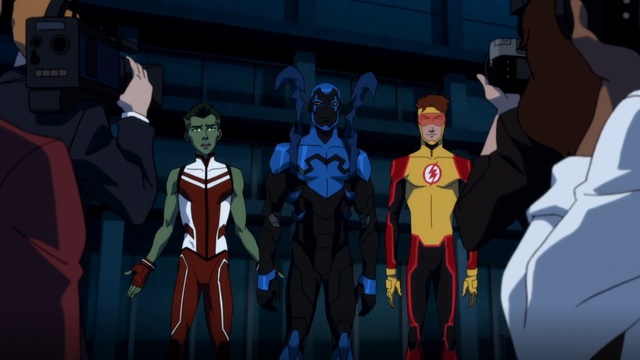 Another large celebration is going down at the meta youth center in Taos. Members of the Team are hosting a festival. Everything seems jovial until Ed notices the loss of self within Windfall after putting on the collar. Perdita steps in to cheer her up and Gar expresses his desire to stand as a public symbol of hope for the struggling meta teens. That goodwill is interrupted when everyone doubles over in stomach pain. Vertigo appears and kidnaps Perdita, making their escape in a chopper. The heroes try to chase them down but the stomach pain grows too strong every time they get close.

Traci is able to loosen the chopper’s fuel line, forcing it to land. But the heroes find themselves in an illusionary pueblo. They run into Vertigo’s henchman and all fail to subdue him. Perdita battles through the pain and kicks Vertigo below the belt, breaking his concentration long enough to reveal that her captor isn’t Vertigo. It’s Psimon. The henchman is revealed to be Devastation and the heroes realize that the kidnapping was a distraction to allow Onslaught to capture the young metas back at the festival. They rush back and defeat Onslaught. The press arrives and Gar takes the opportunity to cement himself as the public face young teen advocacy. 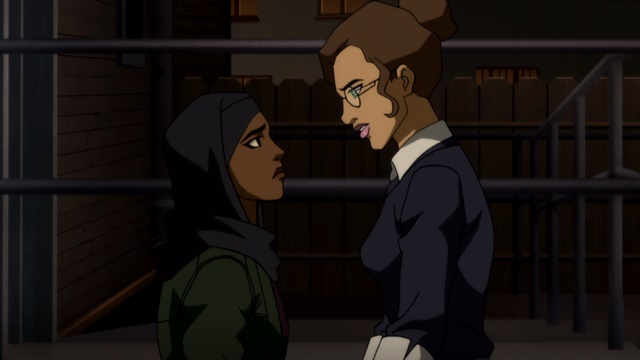 Violet remains conflicted while spending the holiday with Brion in Star City. She steps away from the group, but Helga follows. Violet tells her about the past memory, blaming herself for Gabrielle’s actions. However, Helga points out that Violet isn’t Gabrielle and isn’t beholden to her actions. She agrees to keep Violet’s secret, but pushes her to tell Brion, trusting that he’ll understand. Violet returns to the group while Helga calls a mystery person, telling them that she needs their help.

What did you think about Young Justice: Outsiders episode 16? Share your thoughts with us in the comment section below!

Orion and the New Gods are teaming up with Rocket as the second half of Young Justice: Phantoms gets a…
TV 12 months ago