With our blast into the past complete, the time arrived for the Titans to save their colleague that remained among the living. Garth’s death still hung over the tower, but Jason remained in the clutches of Deathstroke and Dr. Light. Heroes, old and new, prepped for a rescue mission, but Rachel’s altered state gave her pause about her role. The more she changes the more evil she feels coursing through her. It’s hard enough to cope when things are calm, much less when Jason and Rose’s lives hang in the balance. 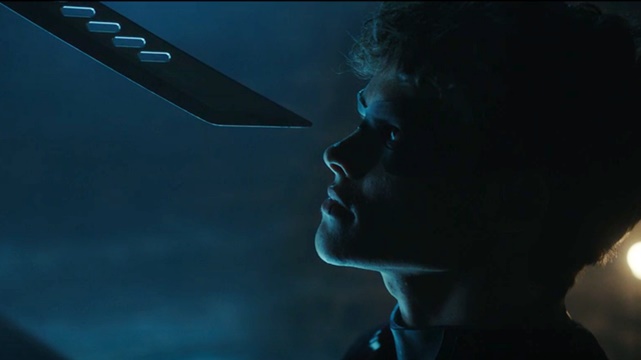 Jason continues laying on his own brand of charm despite being tied up in a warehouse full of lamps. He goads Dr. Light into a scuffle, putting him to sleep and escaping only to run into Deathstroke. He isn’t going anywhere. Jason is the perfect bait for the Titans, and they’re biting. Gar relayed their side mission to Dick and the old team scours the subway tunnels for Jason using the tracker Bruce implanted in him.

They find the location of Jason abduction as Deathstroke and Dr. Light look on via secret camera. The villains learn of the tracker before Dick finds and disables their camera. News of the device sends Dr. Light into a rage. Deathstroke’s patience pushes him even further. Dr. Light leaves, promising to take the fight to the masks. He doesn’t get far though. Deathstroke cuts the tracker out of Jason’s leg, shoots Dr. Light in the head and leaves the tracker with his corpse for the heroes to find. Deathstroke reaches out via cell phone when they find the body. He offers them a trade: Rose for Jason. 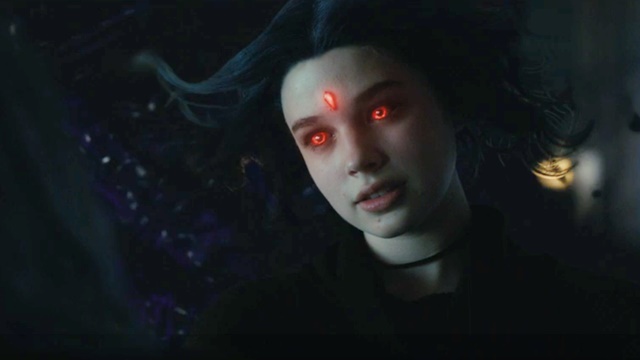 Gar, Rachel and Rose remain back at the tower while all of this is happening despite some of them feeling they can do more. Tensions rise between Gar and Rachel after her darkness nearly slices Gar’s finger off. But Kory’s arrival cut things off before they can start. Rachel catches her up to speed, confiding in her about her altered state. The battle with Trigon left her forever changed. Her powers aren’t the same, more unstable. Kory comforts her, speaking of her own inability to suppress her Starfire powers. People like them choose their own future. They choose if they’re good or evil.

The team returns to the tower, secluding themselves, plus Kory, away to discuss Deathstroke’s offer. Gar hacks into the tower’s security system, allowing Rose to learn of the potential swap. She runs in response, but Dick locks down the tower. No matter the outcome, he can’t let her leave. She takes out Hank before Rachel blocks her way. The two friends fight, with Rachel’s darkness taking over and killing Rose. Rachel, disgusted with her actions, runs away. She can’t see herself as anything but evil. Though, if she stuck around she would’ve seen Rose’s myriad broken bones heal and come back to life. 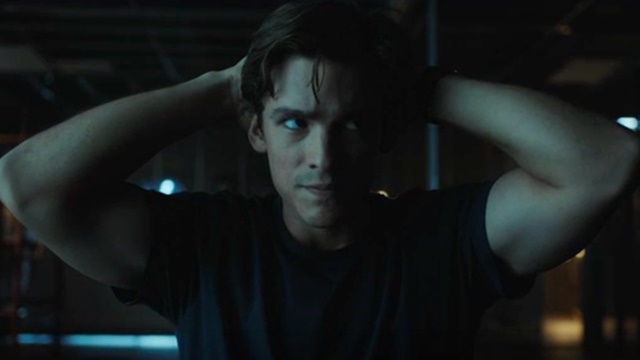 Dick and crew realize that they can’t turn Rose over to Deathstroke. It’s too monstrous. The team takes the time to mentally patch themselves up before going after Jason. But Dawn has a demand of Dick before any mission gets underway. The Titans end after Deathstroke is dealt with. No one, much less the kids Dick brought to the tower, deserves what being a Titan entails.

The team moves into position for the meeting with Deathstroke. All except Dick, who goes rogue and confronts Deathstroke on his own in a separate location. He offers himself in exchange for Jason. Deathstroke doesn’t seem too keen on the idea, deriding Dick for believing himself to be a martyr. Dick is nothing more than a con-man, roping young heroes into a cycle that chews them up and spits them out dead or worse. Deathstroke reveals a restrained Jason, bound to a window washer platform attached with a bomb. And Deathstroke has the detonator. Kory arrives and a fight ensues, ending with the bomb being detonated. Luckily, Jason is able to free himself and cling to the window seal long enough for Dick to take his hand. But their grips are failing. Dick tries to pull Jason to safety, but its all for naught. Jason’s gloved hand slips from Dick’s and he falls to the street below.

What did you think about Titans season 2 episode 5? Let us know in the comment section below!

Winston Duke will return as the voice of the Dark Knight in a brand new season of David S. Goyer…
Geek Culture 7 months ago

George Perez, a true icon in the comic book industry, has passed away at the age of 67 following a…
Comics 9 months ago