It hasn’t even been a week since The Guardians of the Galaxy Holiday special hit Disney+. Regardless, Marvel is already giving fans a sneak peek at the team’s final big-screen adventure. Following its premiere at CCXP in Brazil, the Guardians of the Galaxy Vol. 3 teaser trailer has officially arrived online, revealing our first look at Will Poulter as one of the MCU’s most highly-anticipated new additions, Adam Warlock. You can check it out for yourself in the player below.

The lead-up to the film’s release doubles as a farewell tour of sorts for writer/director James Gunn, who recently began his new job as co-CEO of DC Studios. But at least he’s putting the Guardians franchise to bed on a high note. Old-school fans should appreciate seeing the team dressed in their classic uniforms from the comics as they visit an Earth-like planet inhabited by anthropomorphic animals (likely the work of Chukwudi Iwuji’s High Evolutionary). However, their last ride in the Bowie will bring them to a host of other new locations as well, from yet another interstellar prison to the lab where Rocket was born.

Gunn previously set the stage for Adam Warlock’s live-action debut in Guardians of the Galaxy Vol. 2’s mid-credits scene. And five years later, the character is finally here. He only appears for a short time during a brutal scrap with Karen Gillan’s Nebula. But this should be enough to whet viewers’ appetites until the studio is ready to share more footage in the coming months.

Guardians of the Galaxy Vol. 3 will hit theaters on May 5, 2023. You can also view a new poster for the sequel below.

What do you think of the film’s teaser trailer? Give us your impressions in the comment section!

Recommended Reading: Guardians of the Galaxy by Al Ewing Vol. 1: Then It’s Us: It’s On Us 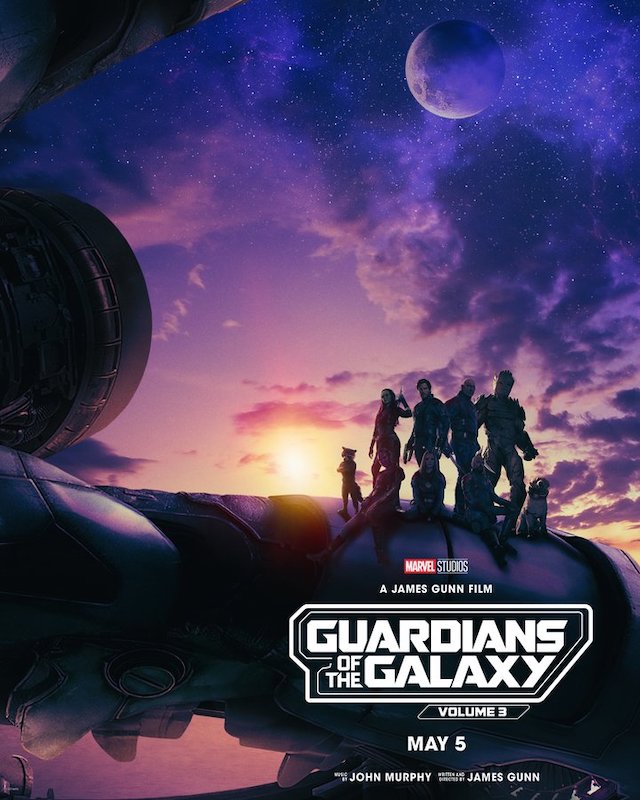 James Gunn Explains Why He Cast Will Poulter As Adam Warlock

According to James Gunn, Tom Cruise never stood a chance when it came time to pick Adam Warlock in Guardians…
Movies 3 weeks ago

Dave Bautista Doesn’t Want Drax To Be His Legacy

After reiterating that he is done with Drax after Guardians of the Galaxy Vol. 3, Dave Bautista says he doesn't…
Movies 1 month ago

The Guardians of the Galaxy Holiday Special – What Did You Think?!

It's time to weigh in on The Guardians of the Galaxy Holiday Special, which is quite possibly the most Christmas…
TV 2 months ago

Critics are offering mostly kind words to Marvel's latest holiday special, though some argue that it isn't necessarily for everyone.
TV 2 months ago
Loading Comments...