Godzilla: King of the Monsters Review – Exciting, Yet Heartless

As the thirty-fifth entry in the long-running franchise, Godzilla: King of the Monsters has a massive legacy to live up to. It’s also the third Godzilla film to be produced in America, which gave Hollywood another opportunity to get it right. While the 1998 Godzilla movie proved how easy it was to screw up the iconic character, the 2014 reboot was a welcome – albeit flawed – return to form.

Gareth Edwards’ Godzilla was a back to basics, slow burn story. It managed to modernize Godzilla in a way that brought the size and magnitude back to the franchise. Now, King of the Monsters builds on its predecessor, while also adding a much needed sense of awe and wonder. It even addresses many of the complaints about the previous film. However, it also creates a whole new set of problems for itself. 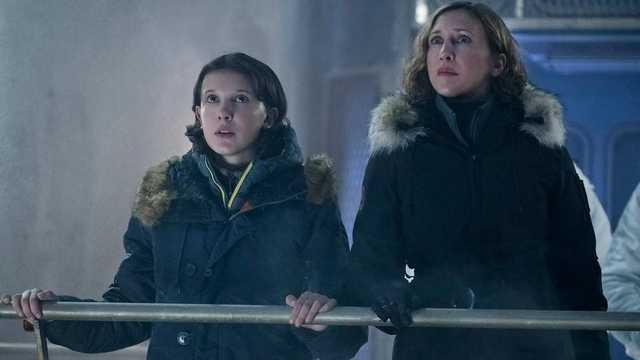 Director Michael Dougherty is a filmmaker who understands the machinations of genre storytelling – for better or worse. As a massive fan of the franchise, it’s blatantly obvious that this is the Godzilla movie Dougherty has always wanted to see. In other words, it’s hard to judge this film for something that it’s not trying to be.

Dougherty delivers a sensory experience that is less interested in creating a human connection than delivering on complete monster madness. He treats the various Kaiju with the mythological reverence that they deserve. Unfortunately, the ideas that Dougherty brings to the table are often more interesting in concept than in actual execution. This starts with the impressive ensemble cast, which is largely wasted here.

The core trio of Millie Bobby Brown, Vera Farmiga, and Kyle Chandler do what they can with the material. However, we never spend enough time with them to identify, let alone care about them. It’s tough to distinguish which character is the protagonist – something that the film grapples with throughout its lengthy runtime. The cast treats the material more seriously than they probably should have. It’s the supporting players like Ken Watanabe and Bradley Whitford who steal the show with their self-aware performances. Considering the level of talent involved, it’s a shame that none of the emotional beats landed. 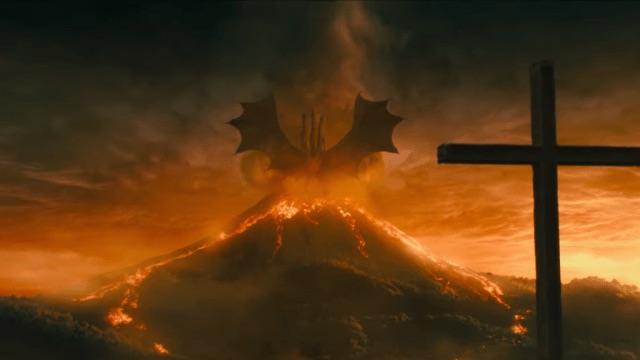 The script is equally as disappointing as the bland performances. It’s a paint-by-numbers Godzilla story that’s heavy on plot and very light on character. In that regard, it’s not unlike a lot of the previous Godzilla films. However, there are far too many human characters and location jumps for anything of substance to take place. As a result, there is little context provided for the family dynamic between its protagonists. The motivations of the main characters are often unclear, which makes the drama feel like a manufactured tool to get to the action. There simply isn’t enough humanity in the human characters.

Fortunately, the third act delivers some of the best all-out monster action in the entire franchise. It also makes some leaps in logic that never connect – even for a monster flick. The characters are passively active, which is an unusual predicament for a movie like this. The film also explores the morality of playing god and meddling with nature. As with most Godzilla movies, the environmental themes are still present. Ultimately, the film is about not only restoring balance to the fictional universe, but also to the franchise itself. It only partially succeeds in that regard. 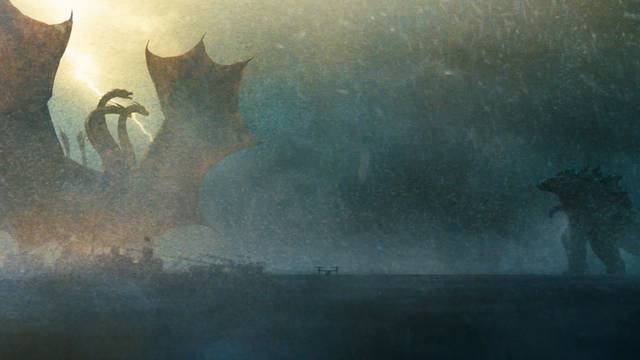 Godzilla: King of the Monsters is perhaps the most visually dynamic film the franchise has ever seen. Despite this, the cinematography lives in close-up and medium close-up; which feels like a missed opportunity. The tight framing and long lenses help sell the sheer scale of the monsters. But it also prevents the film from having any sense of clean visual geography, especially during the action. While there are some absolutely beautiful visual moments interspersed throughout, sloppy editing often mitigates the cinematography rather than enhancing it.

The visual effects are top notch, while smartly utilizing heavy atmospheric effects to sell the realism. The animation is truly impressive, and it gives each monster a unique, distinguishable personality. It’s refreshing to see a different city, like Boston, finally get demolished in a massive Kaiju battle. The always-trusty Bear McCreary delivers another inspired score for the film. McCreary’s music is so epic that it’s hard to imagine Godzilla: King of the Monsters without it. There’s simply a level of supremely effective bombast in the soundtrack that is unrivaled by the current batch of blockbuster films. 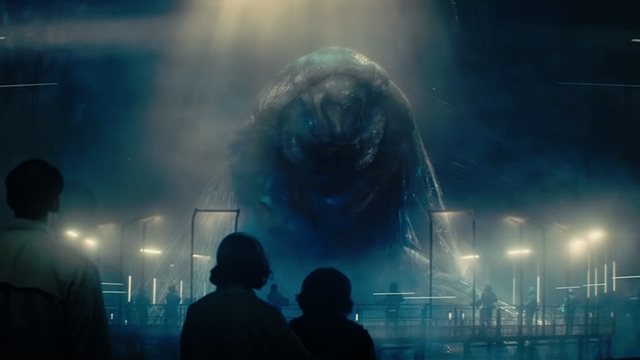 This is not a movie that is trying to be realistic in any sense of the word – it’s a complete fantasy. It’s also not trying to reinvent the wheel; it’s merely trying to present a shiny new version of it. The film largely delivers on that front. It even brings some new elements to the Godzilla canon. Sometimes, that’s all anyone can ask for after sixty-five years of the same, slightly repackaged story.

Even though Godzilla: King of the Monsters is an old-school Kaiju film at heart, we still need something to emotionally latch onto. Unfortunately, the film lacks heart when it comes to the human characters. The Kaiju action is absolutely killer, but the absence of someone other than the monsters to root for makes it a fairly hollow experience – even if it is easily the most exciting American Godzilla film to date.

At long last, the next stage of DC film and TV projects have been revealed, including Superman Legacy, Batman and…
Movies 4 days ago