Benicio del Toro got his first screen-accurate action figure as DJ from Star Wars: The Last Jedi last year. But del Toro’s Collector is making his action figure debut at Comic-Con. Taneleer Tivan is also bringing his brother along for the ride. Siblings, ah, find a way, and as revealed by The Hollywood Reporter, the Grandmaster and Collector will come in a special SDCC 2019 set of two, for $49.99.

The Grandmaster is scheduled to come out later in the year in a Marvel 80th anniversary two-pack with Thor’s rock-skinned buddy Korg, but this version differs. Complete with a new evil grin expression and melted victim, this Grandmaster is a variant who has just gleefully used his melting stick. Tivan’s face is more inscrutable, but he comes with two interchangeable heads and an orb containing a certain Infinity Stone. 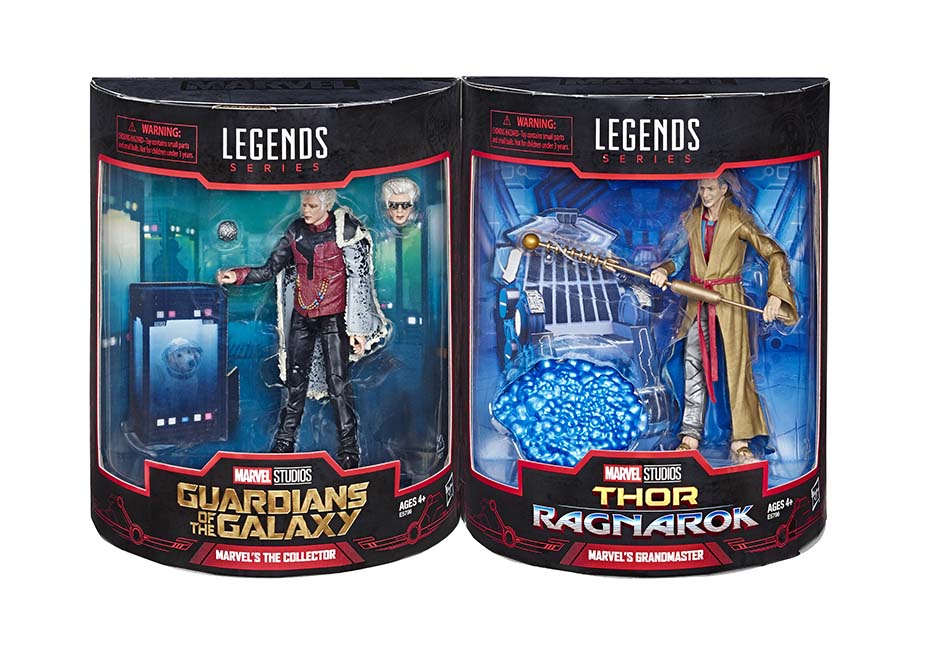 The figures come in more deluxe-than-usual packaging, with curved windows and detailed diorama-style backdrops. You don’t even need to use your imagination to place the characters right back into signature scenes from the Marvel Cinematic Universe.

Can’t make San Diego? Hasbro intends to bring this set to a handful of other subsequent conventions, including Fan Expo Canada. Limited quantities will also be available online at Hasbro’s Pulse website. They may be toys, but the Grandmaster and Collector want to toy with you just a bit.

Will the immortal brothers torment the heroes in your collection any time soon? Let us know in comments below.

For those already looking to correct that headline in the comments below: look, we know the official names are Ravager…
Geek Culture 9 months ago