Just one day after teasing a mysterious collaboration with Lucasfilm, Studio Ghibli has officially detailed its looming trip to the Star Wars universe, which is a lot closer to launching than we previously thought. Many fans saw yesterday’s social media post and began speculating that the legendary Japanese animation house was contributing an episode to Star Wars: Visions season 2. But instead, the studio is gracing us with a standalone animated short titled Zen – Grogu and Dust Bunnies. Viewers can watch it on Disney+ tomorrow, November 12.

The short’s release coincides with the third anniversary of Grogu’s debut in The Mandalorian’s series premiere, which took place on November 12, 2019. It will also mark the character’s first appearance in a non-live-action medium. Unfortunately, Disney+ isn’t giving us a trailer or plot details for Grogu’s upcoming animated adventure; and it’s unclear how long it will be. But based on the key art provided, the titular dust bunnies aren’t your ordinary household nuisance. You can view the full poster for the short below. 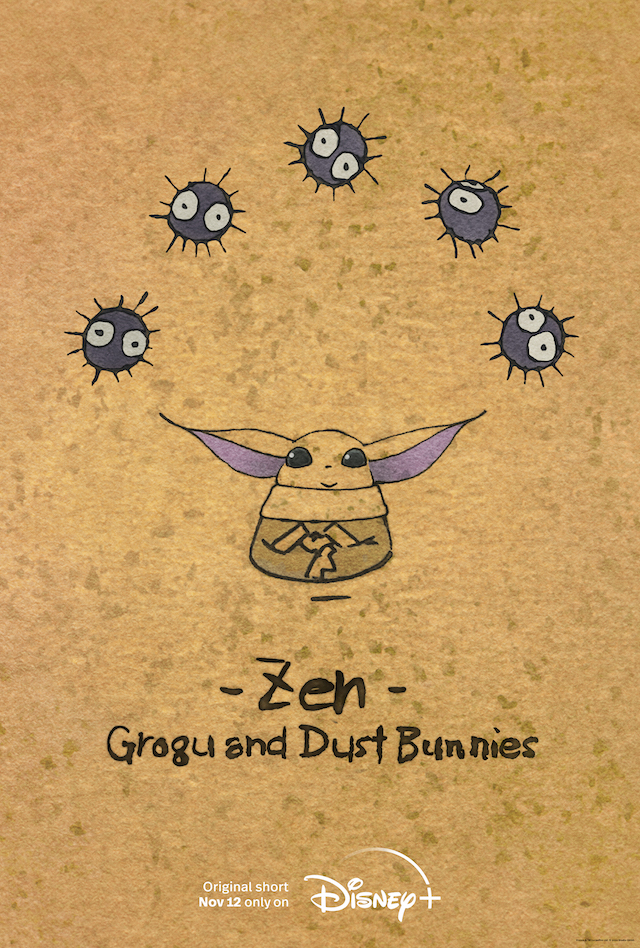 Katsuya Kondō, a longtime Studio Ghibli animator and character designer, directed the short, which utilizes hand-drawn animation. His relationship with the studio dates all the way back to its first theatrical release, 1986’s Castle in the Sky. Since then, Kondō has worked on a wide assortment of other Ghibli projects. This includes My Neighbor Totoro, which might explain why his rendition of Grogu resembles a miniature version of the film’s title character. The short will also feature music by The Mandalorian composer Ludwig Göransson. As for whether Mando himself (voiced by Pedro Pascal) will make an appearance, fans will just have to wait and see.

Are you excited to watch Zen – Grogu and Dust Bunnies over the weekend? Let us know in the comment section below!

The new season of The Mandalorian will mark the series debut of filmmakers Lee Isaac Chung, Rachel Morrison, and Peter…
TV 2 weeks ago

The Mandalorian Season 3 Gets a New Poster, Trailer Debuts Tonight

Lucasfilm has released a new poster for The Mandalorian season 3 ahead of tonight's new trailer premiere during the NFL…
TV 2 weeks ago
Loading Comments...