First Poster, Release Date for Marvel’s I Am Groot on Disney+

Groot quickly aged up into adolescence in the Marvel Cinematic Universe timeline, but don’t throw out that dancing Baby Groot toy just yet. The young sapling version will star in his own series of animated shorts on Disney+ this summer. And now we know exactly when. Courtesy of Marvel Studios, the  release date of August 10 is official. The announcement comes via a brand new promotional poster for the series, I Am Groot. Take a look below: 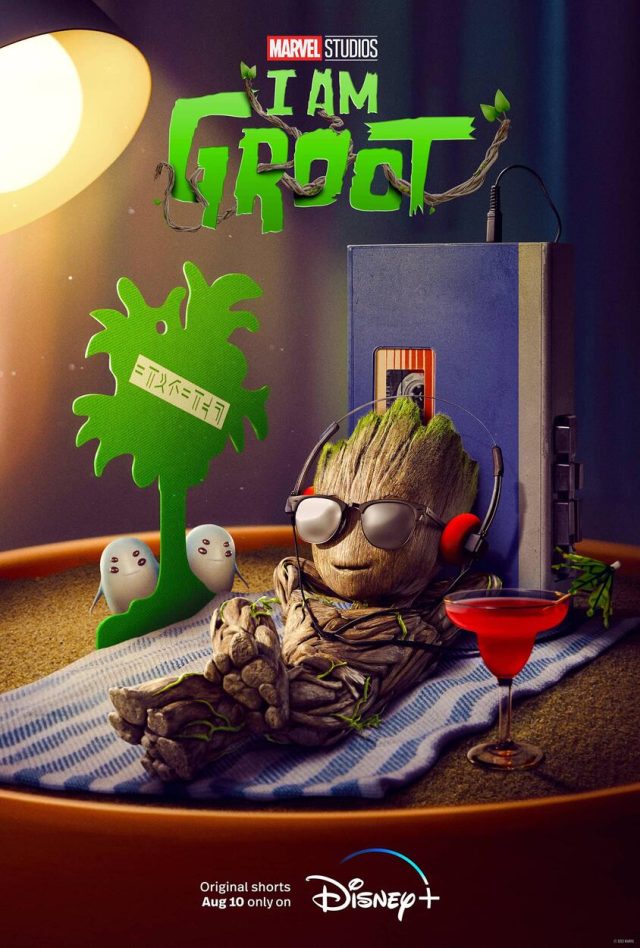 Groot’s too young to drink, so that had better be a non-alcoholic cocktail. Aside from the downsized glass, the props around him remind us of his scale, from the car freshener to the Walkman. Not to mention those much smaller aliens with mischief in their four eyes apiece.

I Am Groot will kick off ten months of Guardians of the Galaxy-mania, with a holiday special to follow this winter, and finally Guardians of the Galaxy Vol. 3 in theaters next May 5. Fans widely expect the third Guardians feature to wrap up the current incarnation of the team with some kind of story closure. Volume 2, however, introduced an alternate roster during its end credits who could easily take over if necessary.

Will you watch I Am Groot? Let us know in comments!

Recommended Reading: Guardians of the Galaxy Vol. 1: The Final Gauntlet

Luke Y. Thompson
Disney Plus Guardians of the Galaxy I Am Groot

Marvel Debuts the First Trailer For I Am Groot

The Guardians of the Galaxy's smallest hero, Groot, gets to go on his own adventures next month when I Am…
Comics 7 months ago

New Thor: Love and Thunder Screenings Will Feature an I Am Groot Short

Get a first look at the Guardians of the Galaxy's new Disney World ride, Cosmic Rewind, in a teaser video…
Geek Culture 10 months ago
Loading Comments...