There’s nothing like complex introspection to heal the mind after saving the universe. At least in the minds of the heroes of  Young Justice: Outsiders. The Anti-Life Equation was reduced to null for the time being, allowing plenty of time for Artemis and Forager to explore the ills haunting them. The guilt of moving on after Wally’s death won’t stop haunting Artemis. Forager struggled with living his life openly without the use of a human disguise. Both must be settled before the Team faces their final test. Meanwhile, there’s something rotten in the state of Markovia. 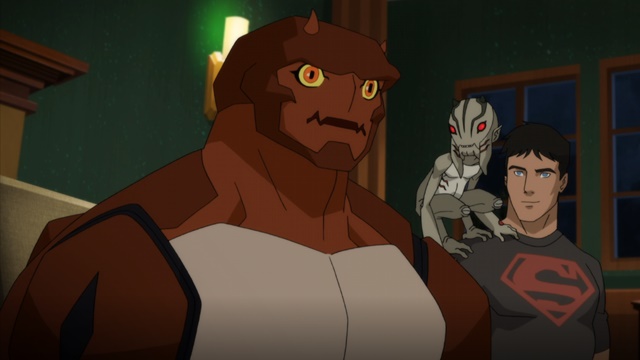 With Mantis captured following the battle at The Orphanage, Forager is able to return to New Genesis. But he struggles with the decision. His new hive has grown on him, but living disguised as a human is taking its toll. Connor tries to remedy his situation by introducing him to Geranium City, a community populated by creatures from Lex’s Cadmus project. The entire town lives freely in their normal forms whenever a stranger isn’t present.

The sight delights Forager, leading him to stay on Earth. But that isn’t enough for him. He wants to live as his true self alongside the other Outsiders. Connor is impressed by Forager’s brash demeanor, but Dubbilex challenges Connor to make the same decision and embrace his role as a Genomorph. 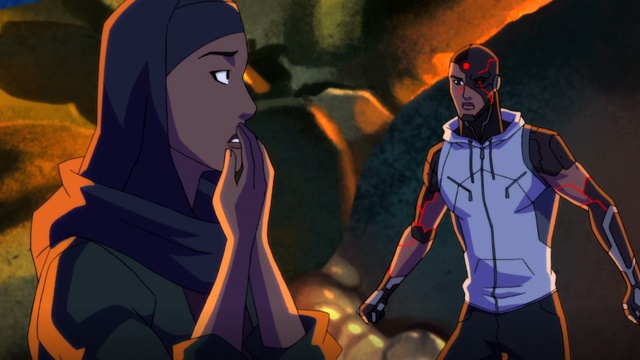 Vic’s footage of Granny Goodness is presented to the UN, but it does little to dissuade the Light as they prepare to enact their plan. That plan includes Terra’s involvement, but she’s enjoying a reunion with her brothers Brion and Gregor. While Gregor stresses that Markovian tensions toward metas is subsiding, they may not recognize their home soon enough. Terra informs Deathstroke of Gregor’s trip, prompting the Light to back a coup by Baron Bedlam. Suddenly, there’s a new king of Markovia.

Elsewhere, Metron abducts Violet, Vic and Lian. He calls Vic and Violet his grandchildren as they evolved from his technology. He opines about their value as obstacles to Darkseid in the coming conflict before returning them home. 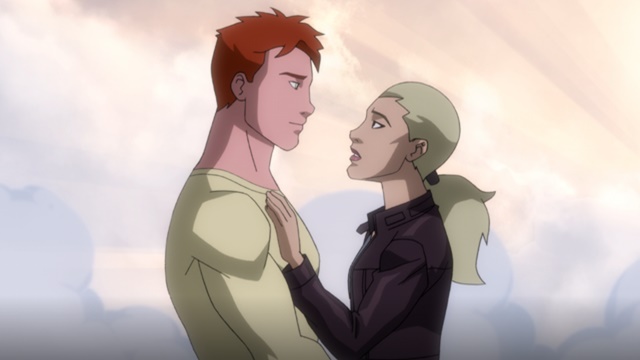 Artemis and Will finally give in to romantic tension, but it only forces Artemis into a guilt ridden state. She runs away and apologizes to a photo of Wally. The memory is heavy enough that she calls in Zatanna to help her see Wally one last time. Zatanna, joined by M’gann, reluctantly transports her to Limbo with the warning that she must leave before the sun rises or be trapped in Limbo forever. That doesn’t seem so bad once she lays eyes on Wally.

The two play out their ideal life together, including having a baby and settling down outside of the hero lifestyle. Artemis chooses to stay in Limbo, embracing denial. Wally points out the lack of substance that this world presents, shattering the illusion. Artemis can’t stay here. Not when she still has so much life to live. He stresses her need to let someone in before they part with a tearful kiss. She returns from Limbo absolved. But she was never in Limbo to begin with. It was all a mental illusion created by M’gann, but her friends decide to keep that a secret.

Later, Artemis apologizes to Will and says she doesn’t have romantic feelings for him. Will readily accepts this and says he felt it the same way when they kissed. Yet there is a look of regret in his eyes.

What did you think about Young Justice: Outsiders episode 25? Share your thoughts with us in the comment section below!

The next season of Young Justice has its subtitle, but it's anyone's guess where and when Phantoms will make its…
TV 2 years ago