Nothing beats the freedom of stepping out of the shadows. Especially when your good deeds break the internet and start a youth revolution. Not too bad for the Outsiders’ first mission. Now that Gar has his public team, and we know where Young Justice: Outsiders got its name, it was time to take the fight to meta teen traffickers everyone. That pledge took them to Cuba this week, but they might not fully understand the enemy they were up against. The same could be said for Violet as a new revelation about her powers caused her to spiral into a sullen state of self-doubt. Beginning to understand the heaviness of such forces has always been the worst part about losing that youthful sense of invincibility. That and flesh monsters.

A Darker Side Of Violet 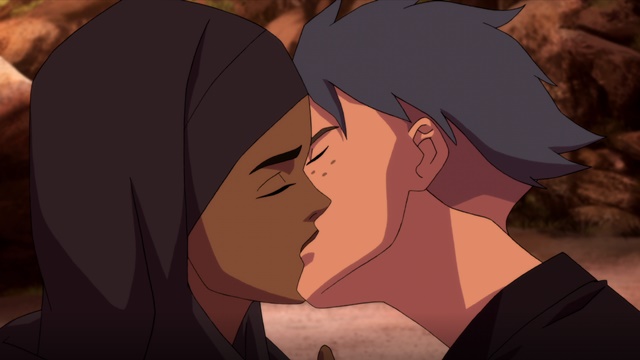 The Outsiders prep for a mission to Cuba while Forager, Terra and Violet prepare to boom tube to school in Happy Harbor. But Helga has news for Violet before the group heads off to their studies. It seems that Violet’s cells are regenerating abnormally as a result of her powers. She is dying, and she exacerbates the issue every time she heals herself. The news rocks Violet, but Helga pleads that she keeps her condition a secret for now.

The news begins to affect Violet’s behavior. She blows off after-school training with Artemis to drink and shoot guns on the beach with Harper Row. At least that gave Terra the chance to find some comfort in Artemis’ experience with abusive combat trainers. Violet, on the other hand, ignores messages from Brion before Harper plants a kiss on her. The fun ends when the two are arrested. M’gann picks up Violet from the police station but she has no answers for her actions. Something is changing within her. 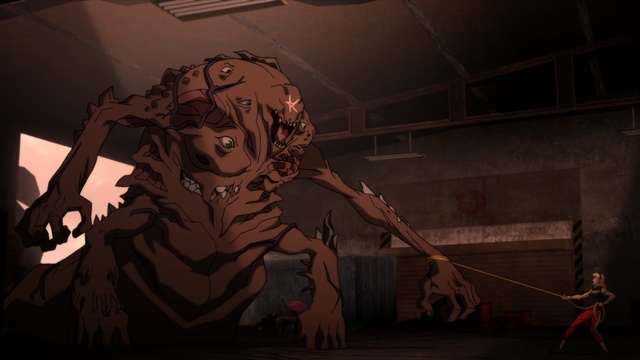 The Outsiders have their hands full in Cuba. Klarion is using magic to activate the meta gene within kidnapped teenagers, branding them with a mystic seal and combining them into a giant flesh monster. Gar and crew arrive and take the fight to Klarion while Brion holds off the Cuban forces. Zatanna arrives against Kaldur’s wishes to help the youngsters battle a force as powerful as Klarion.

The Witch Boy gets the upper hand, blasting Gar and trapping Dinah inside the flesh monster. Zatanna is able to split the flesh monster and remove Klarion’s brand from the freed teens. But there’s still the chaos lord to deal with. Zatanna does so by transporting herself Klarion into the Tower of Fate, trapping them both. 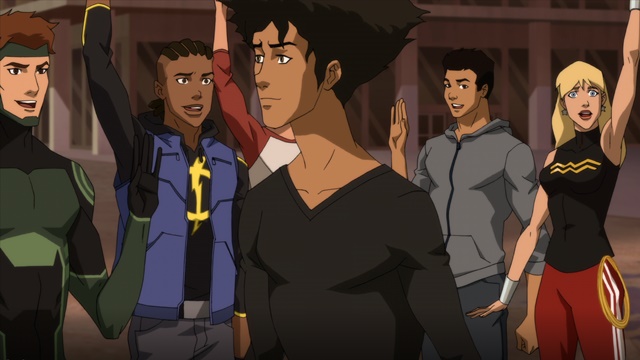 Gar defies the wishes of the Cuban forces and pledges to take the freed metas to the Meta Youth Center in Taos. The teens repeat Gar’s rallying cry, “we are all Outsiders,” in defiance before boarding the Bioship.

The team returns to Taos and introduces Kaldur to the new recruits, including one that can only survive in water. Their heroics inspire Eduardo to ask to join the Outsiders. He isn’t the hero type necessarily, but he feels the need to set an example for the Meta Youth Center residents. And what better time to join than when the outsiders begin to trend internationally. They might even be bigger than the Justice League. That’s not intimidating at all.

What did you think about Young Justice: Outsiders episode 18? Share your thoughts with us in the comment section below!

Orion and the New Gods are teaming up with Rocket as the second half of Young Justice: Phantoms gets a…
TV 12 months ago