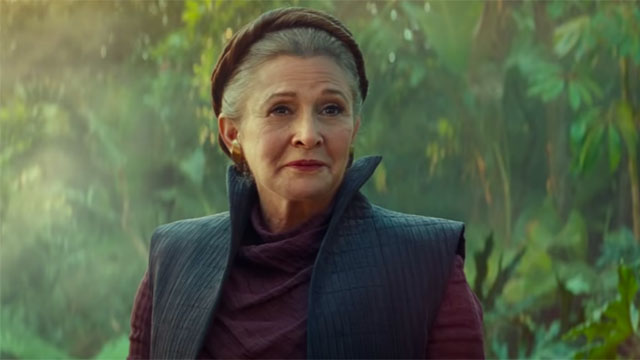 Nearly five years ago, Carrie Fisher suddenly passed away. However, she is about to be immortalized on one of Los Angeles’ most historic landmarks. The late Star Wars actress will receive her own star on the Hollywood Walk of Fame in 2022.

The Walk of Fame Selection Panel of the Hollywood Chamber of Commerce announced the full list of 2022 inductees earlier today. Fisher’s role as Princess Leia in the original Star Wars made her a household name in 1977. But beyond her film work, she was also recognized for her biting sense of humor, which manifested in her books Wishful Drinking and Postcards from the Edge, both of which detailed her history with substance abuse as well as her complicated relationship with her mother, actress Debbie Reynolds. Fisher made her last official appearance as Leia Organa in 2017’s Star Wars: The Last Jedi, which was dedicated to her memory. She also appeared in Star Wars: The Rise of Skywalker in 2019 via archival footage.

Are you happy to hear that Fisher is getting a star on the Hollywood Walk of Fame? Let us know in the comment section below!

Recommended Reading: The Art of Star Wars: The Last Jedi

Norman Reedus to Receive Star on the Hollywood Walk of Fame

Norman Reedus is best known as Daryl Dixon on The Walking Dead.
TV 5 months ago

Welcome to the neighborhood!
Movies 2 years ago

Carrie Fisher Will Only Have 8 Minutes in Star Wars: The Rise of Skywalker

Todd Fisher, the brother of the late Star Wars actress, shares a few details about Carrie Fisher's final appearance as…
Movies 3 years ago

Batman Will Receive a Star on the Hollywood Walk of Fame

The Hollywood Chamber of Commerce has announced plans to induct Batman into the legendary Walk of Fame in 2020.
Comics 4 years ago
Loading Comments...