Batgirl and Zatanna Are Coming To HBO Max

Late last year, DC Films President Walter Hamada let slip that a handful of his studio’s upcoming superhero movies could eventually be released as HBO Max exclusives. Among the ideas being floated around were new features headlined by Batgirl and Static Shock. Earlier today, during an investor day presentation hosted by WarnerMedia’s parent company, AT&T, the powers-that-be finally confirmed that these plans are moving full steam ahead. Via Collider, WB teased its DC slate with a new graphic during AT&T’s presentation. The list of titles (which spanned film, TV, and video games) included Batgirl as well as a vehicle for Zatanna. Check it out for yourself below. 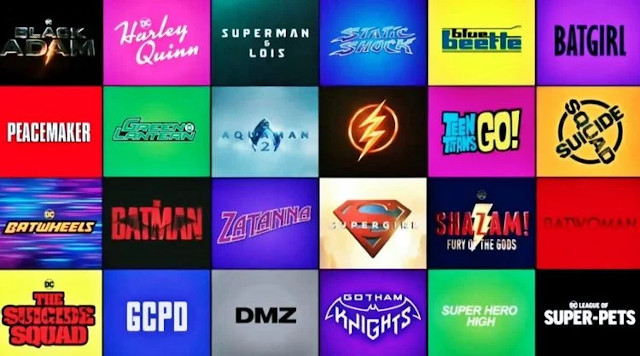 A standalone Batgirl film has actually been in the works at Warner Bros. for several years. Warner Bros. originally enlisted Joss Whedon to write and direct the movie in 2017. However, the project was shelved after he vacated the director’s a year later. But the film got a second chance when WB hired Birds of Prey and Bumblebee writer Christina Hodson to take her own pass at the script.

Meanwhile, there have been rumors about WB’s plans for Zatanna since at least July of last year. When word got out that J.J. Abrams was developing his own Justice League Dark series, fans assumed that the young sorceress would be part of this lineup. But given what we know now, this might not be the case. It’s not clear whether HBO Max aims to have Zatanna star in her own film or headline a new TV series. Regardless, this won’t be her first appearance in live action. Serinda Swan previously played Zatanna in Smallville.

Are you excited about DC’s plans to bring Batgirl and Zatanna to HBO Max? Tell us what you think in the comment section below!

Recommended Reading: Batgirl and the Birds Of Prey Vol. 1

After jumping from Epix to HBO Max, Pennyworth: The Origin of Batman's Butler is going to end with season 3.
TV 2 days ago

The new co-head of DC Studios insists that cancelling HBO Max's Batgirl movie was the right call, claiming it would…
Movies 3 days ago

According to Leslie Grace, Batgirl's action scenes featured a lot of practical fire effects during her battle with Brendan Fraser's…
Movies 3 days ago

Jason Bateman Will Direct The Pinkerton For Bad Robot and WB