I remember a movie world before Batman 1989. It was very different.

“Comic-book movie” was not a thing. We had four Superman movies, but only the first two got respect, and both took place, more or less, in the real world, with one fantastical element: Christopher Reeve, who could fly.

When it came to making Batman, a big cultural tug of war ensued. In one corner, the ’60s kids who remembered and loved Adam West deadpanning square lectures to celebrity guest villains hamming it up. In the other, readers of Frank Miller’s The Dark Knight Returns who pointed out that finally comics could be taken seriously as literature and one cannot “Bang! Biff! Zap!” all the way through a bat-film.

Modern fandom arguably began with this movie. There was the burning backlash against Michael Keaton being cast as Batman, for being too comedic and out of shape. Billy Dee Williams was color-blind cast as Harvey Dent, with an eye to being Two-Face in a future sequel. And that comedy director who had only made a Pee-wee Herman movie and Beetlejuice was given the directorial reins. Yes, Tim Burton.

Although there weren’t many debates afterward about Batman killing the Joker, as there were after Man of Steel. Back then, it was pretty much accepted that the hero always kills the villain. Even He-Man had killed Skeletor two years prior onscreen, or so he thought. 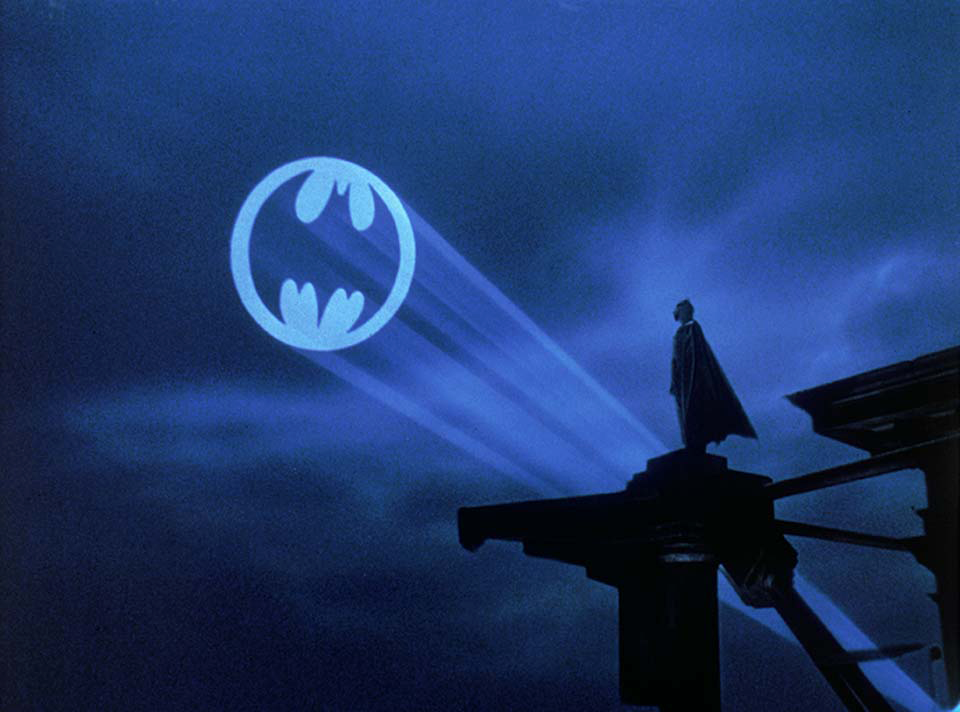 The first trailer reassured a lot of people. Gotham City wasn’t just going to be New York; it was Hell having burst through the pavement and kept on going. Keaton was clad in a black muscle suit that made him look more creature than spandex-clad man. And Jack Nicholson was gonna terrify and amuse as the Joker. An onslaught of merchandise and hype months in advance assured a massive opening weekend. And the rest is history.

But now that we live in a world of constant comic-book movies, it’s fascinating to look back and see what’s changed. With a 4K rerelease of all four Burton/Schumacher Bat-films this week (and later this fall on Sept. 17th in a four-pack), we can all take a look together.

One thing a modern viewer quickly realizes: Burton and Warner Bros. didn’t necessarily think that kids were their main audience. Batman plays as solidly aimed at older fans, just assuming that kids might tag along. Nicholson’s Joker became the first in live-action to appear like a genuinely unhinged psychopath, and Keaton’s Bruce Wayne has adult problems. He’s drawn to a woman who’s obsessed with dark subject matter, yet his own dark compulsions draw him away from her. This even as he just wants to be normal — he bristles hard at Vicki’s suggestion that he’s not — and settle down. Albeit with somebody who is not made for settling down, despite what she may believe in the moment.

As a teen, I thought this sucked because Batman needed to be a cool, celibate martyr. As an adult, I feel his commitment issues connecting. And this is way different from most modern superhero movies, which tend to handle romance as “you’re perfect and hot, I’m perfect and hot, let’s kiss, now we’re together. Love is wonderful.”

It’s a common misconception that Burton loves and relates to weirdos. What he does is relates to people who are perceived as weird, but just want to be normal. The villains in his movies — think Otho, Francis, Joker, Oogie Boogie, or whomever — are creatives who let their freak flag fly with absolutely no filters whatsoever. Even Jack Skellington is accidentally a bad guy until he learns to stay within his lane. The heroes tend to get accepted into the mainstream in the end despite their quirks. Burton’s Batman fundamentally wants to become part of the natural order. But he can’t reconcile his conflicting desires to do it as Batman, super cop; or Bruce Wayne, happily married philanthropist.

One could make a case that Joker would make a better match for Vicki, on some level. Both seem attracted to a combination of art and death. Yet his sense of entitlement towards her makes him a toxic manbaby years before we had those words to describe it. 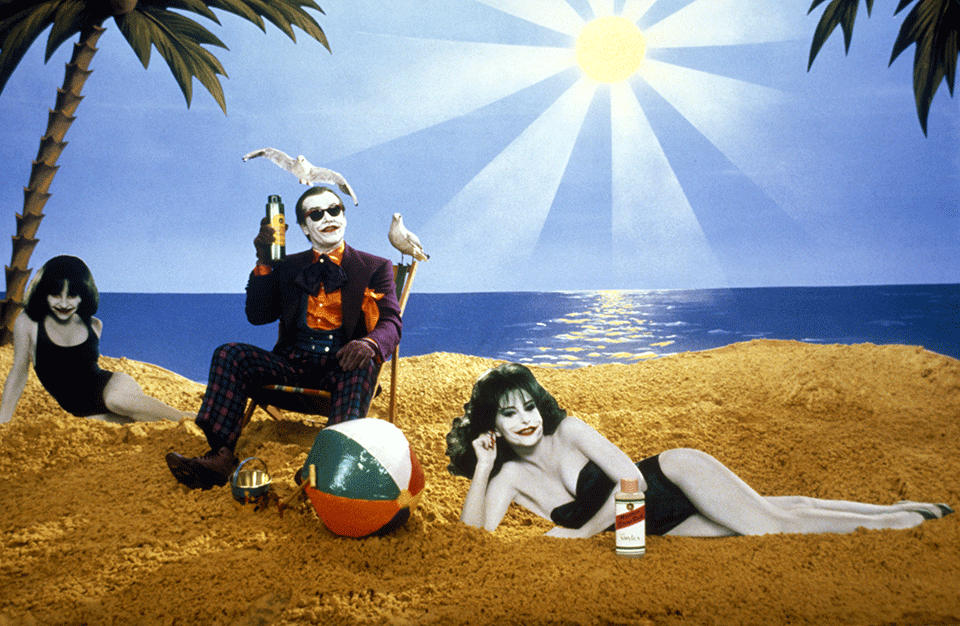 So how does it play today? Quite well. Back when this was the only Batman, there was a lot of pressure, and it was easy to complain about things the movie got wrong. But since 1989 there have been multiple Batmen. If Christian Bale or George Clooney weren’t the right one for you, maybe Ben Affleck or Kevin Conroy was. That allows Keaton to breathe a bit as “a take” on the character rather than “the take.”

Burton as director feels like he’s drawing on classic film traditions, like noir and silent horror. As opposed to relying on the “Tim Burton” shtick he had yet to crystallize into a thing. My wife, who is as old as the movie, described Nicholson’s Joker as the scariest character she’s ever seen on film besides more blatant horror icons, so he still has the power. Anton Furst’s production design is still unbeatable, goth-steampunk before there was a name for such a thing.

Blu-ray extras are all the same as on the last Blu-ray release, so the reason to buy the new disc is for the 4K upgrade. And it mostly shines. There’s one shot during the Joker’s parade that’s a little blurry, but after some conversations I’ve ascertained that it was always that way. The high dynamic range in all those dark rooms yields at least one major revelation. It always felt a bit weird that Joker insists on the fact that Batman “made” him. Didn’t he try to save Jack Napier from falling into the toxic waste?

Maybe not. For the first time watching 4K I saw a shift in Michael Keaton’s eyes. Right before Jack falls, it’s as if Batman suddenly changes his mind, and realizes the world would be better off with this guy dead. As his eyes change, his grip loosens and Jack falls. Only Keaton knows for sure if that was his intent, but it makes the theme a lot clearer, and this Batman significantly darker and more arrogant.

I should add that my wife thought Keaton’s butt in blue jeans was the worst butt she’d ever seen onscreen, and that whoever picked out those pants for him ought to be fired.