Become a Hasbro Action Figure With the Cross-Property Selfie Series

After weeks of leaks, rumors, and speculation, Hasbro finally came clean on its newest innovation. Starting this fall, fans will be able to buy custom action figures with their own faces, from characters across multiple Hasbro licenses like Star Wars, Ghostbusters, Power Rangers, Marvel, and G.I. Joe. The Selfie Series will use an app to scan the customer’s head, then 3D print it to fit on one of several pre-existing figure bodies.

This isn’t the first time they’ve tried this. Back around 2015, Hasbro placed scanning booths in stores to help fans create custom, basic-articulation, 12-inch figures. But this marks the first such attempt in a mass-release, collector-grade six-inch figure. Custom figures have long been in demand, but most companies who’ve previously tried to fulfill that niche have charged hundreds of dollars. The Selfie Series figures should cost around $50. Fans can sign up for the app and notification emails at Hasbro Pulse. 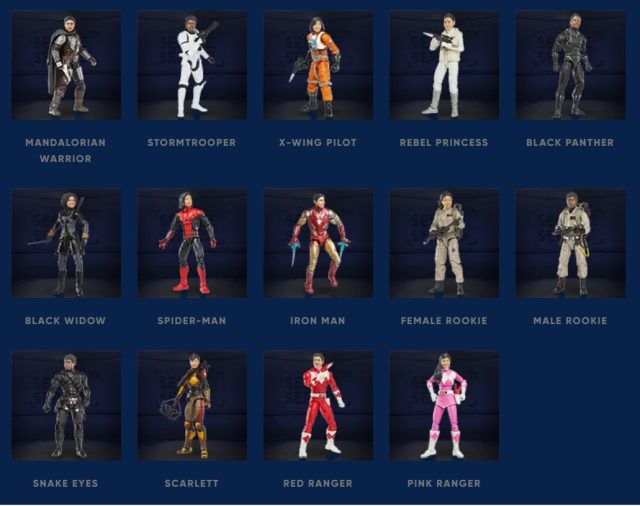 Available figure options feature a decent range so far, from the expected (Ghostbuster) to somewhat surprising (Hoth Leia?). Notably missing? Jedi and Sith options, which might seem like no brainers, but also could involve cloth capes and lightsabers that up the cost. No word yet on whether figures like the X-Wing pilot or Mandalorian will include helmets. Maybe only disloyal Mandalorians have permission.

A few select attendees at Comic-Con will get to experience becoming figures first, with limited tickets at the Hasbro booth. But fear not — everyone will get a chance eventually. Will you opt in when the app opens up? Let us know in comments which one you’d want.

It’s beginning to be that time of year for toys. But you never know how annoying it might get to…
Deals 2 months ago

All hail the Herzog action figure!
Geek Culture 6 months ago

G.I. Joe was there!
Geek Culture 6 months ago
Loading Comments...