NECA knows the value of Christmas-themed figures. Toy collectors will buy them for being good toys, and non-toy collectors can use them as holiday decorations. It’s allowed the company to pick up toy licenses they probably otherwise wouldn’t touch, like Christmas Vacation and Elf. In years where they may not have a new Christmas movie’s rights, however, there are sometimes variants from characters they already do. This year, NECA has fitted the Misfits’ Fiend mascot and Gremlins villain Stripe with Santa suits. Anda Santa Stripe more than makes sense. After all, as your cynical smart-aleck friend will always remind you, Gremlins is a Christmas movie.

Now, as any Gremlins buff knows, it’s Gizmo who generally dons a Santa hat. But Stripe put on the whole suit in newspaper ads. Because way back in 1984, home video releases generally didn’t happen until a year later. Thus a summer blockbuster like Gremlins could stick around in theaters all the way through December. And the newspaper ads often adapted to the seasons by depicting the movie characters in holiday attire. The exterior box artwork for this figure reproduces that ad. 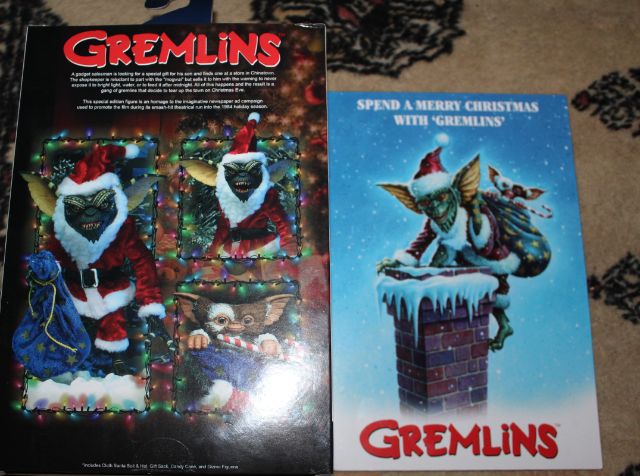 Santa Stripe uses the same body as most other Gremlins figures, which is fine. The sculpt and articulation on it is still excellent. But if anyone’s hoping to get him in the exact pose depicted on the box — probably not. He comes with a Gizmo figure in the same scale as in the ad, which feels closer than the almost same-sized Mogwai NECA makes usually. But maybe a little small relative to the actual movie Gizmo. Little Gizmo has articulated arms, wrists and neck, and has a candy cane to hold in either hand. But not both at once as in the ad. 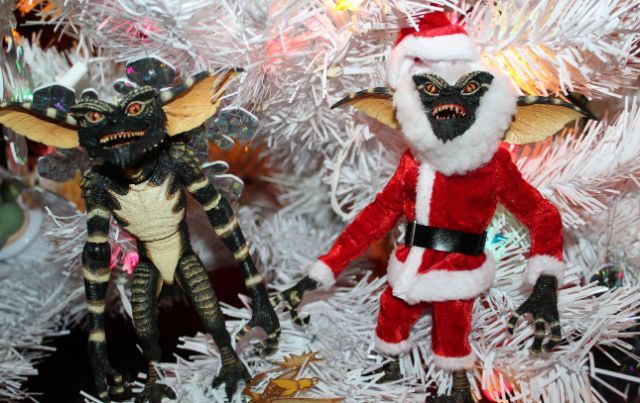 Stripe sports a more evil headsculpt than the standard Gremlin, and the white strip of hair down his head and hanging off it. The hair is attached to a strip of plastic that hangs lower than the head. As for the Santa hat, it’s attached to the beard to stay around his face. It also contains wires for posing. 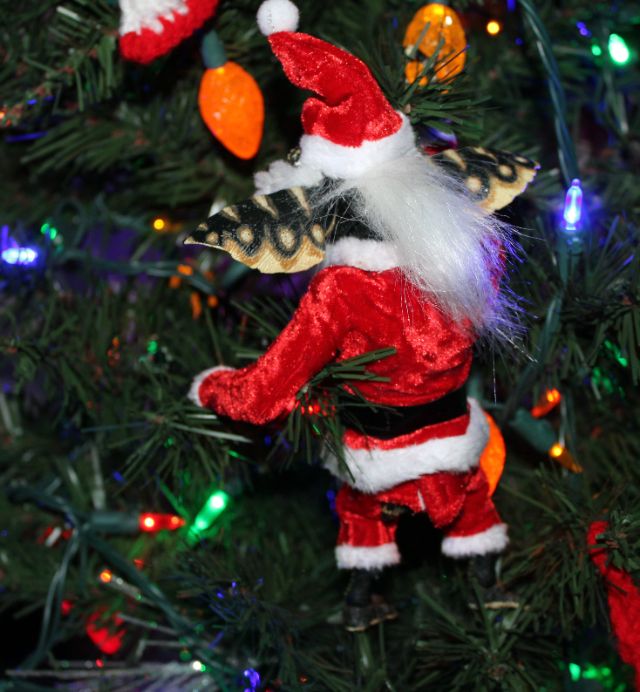 The Santa suit is soft and form-fitting, while allowing the full range of movement for the figure. The sack of toys contains posing-wires to shape at will, but the small rope to tie it comes fully detached and must be hand-tied. It seems impossible to pose Santa Stripe holding it over his shoulder as in the ad, but there’s plenty else doable. 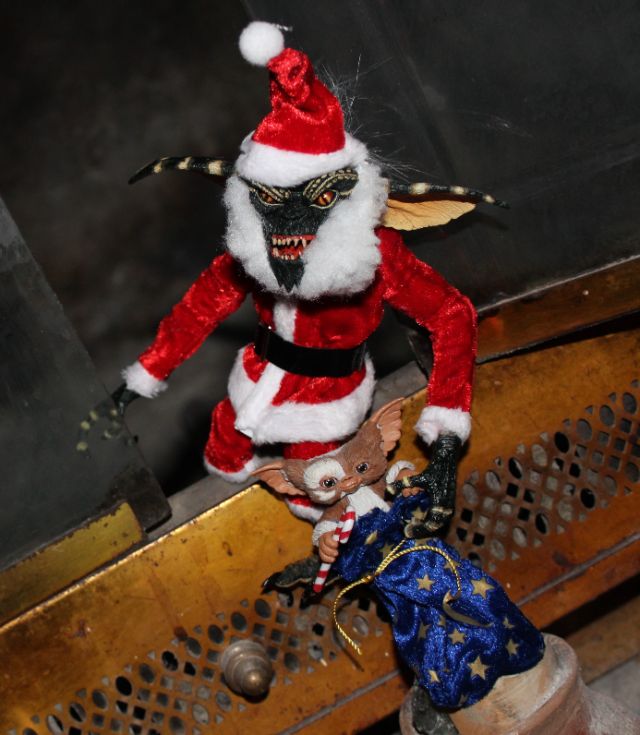 Considering the basic figure under this is the same one sold many times before, it takes more than the proverbial “new hat” to get fans to rebuy it. The extras here amount to considerably more, including the entire second accessory figure of Gizmo. 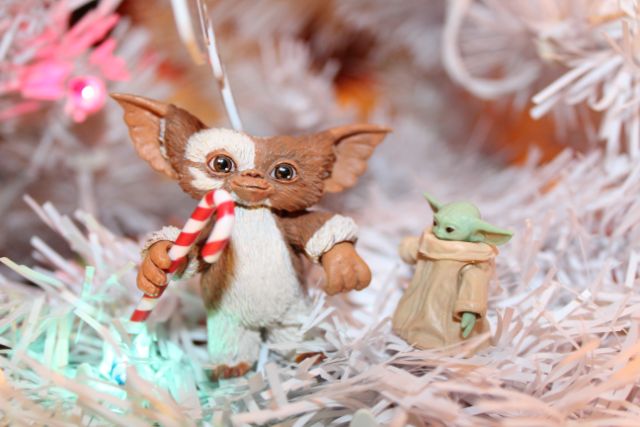 Santa Stripe has already appeared in Facebook memes as 2020’s appropriate replacement for Elf on the Shelf. It is under that logic that the figure has been allowed to remain in this writer’s family display. 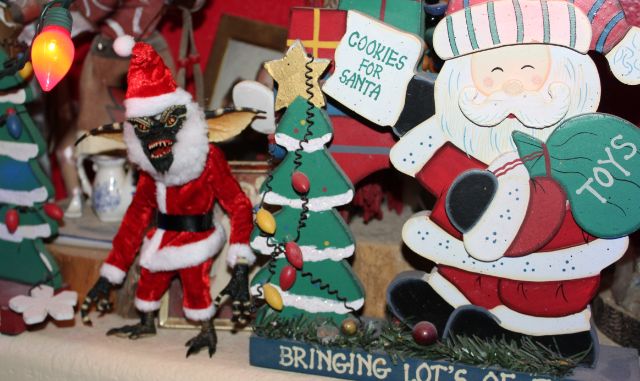 Take a look at more holiday-themed Gremlins pics in the gallery below.