This summer, co-writers Mike Mignola and Thomas Sniegoski are bringing back Young Hellboy for a new adventure in Young Hellboy: Assault on Castle Death. Long time Hellboy fans know that Professor Trevor Bruttenholm adopted him when he was a baby in 1945, and Hellboy was a fully grown adult by 1952. However, that doesn’t mean that Hellboy didn’t have his own adventures in-between! The Young Hellboy miniseries are filling in that gap in his history. And now, Young Hellboy is about to face some deadly enemies long before he’s really ready to deal with them.

Joining Mignola and Sniegoski on this miniseries are artist Craig Rousseau, colorist Chris O’Halloran, and letterer Clem Robins. Artist Matt Smith is providing the primary cover illustrations. You can see his cover from the first issue below. 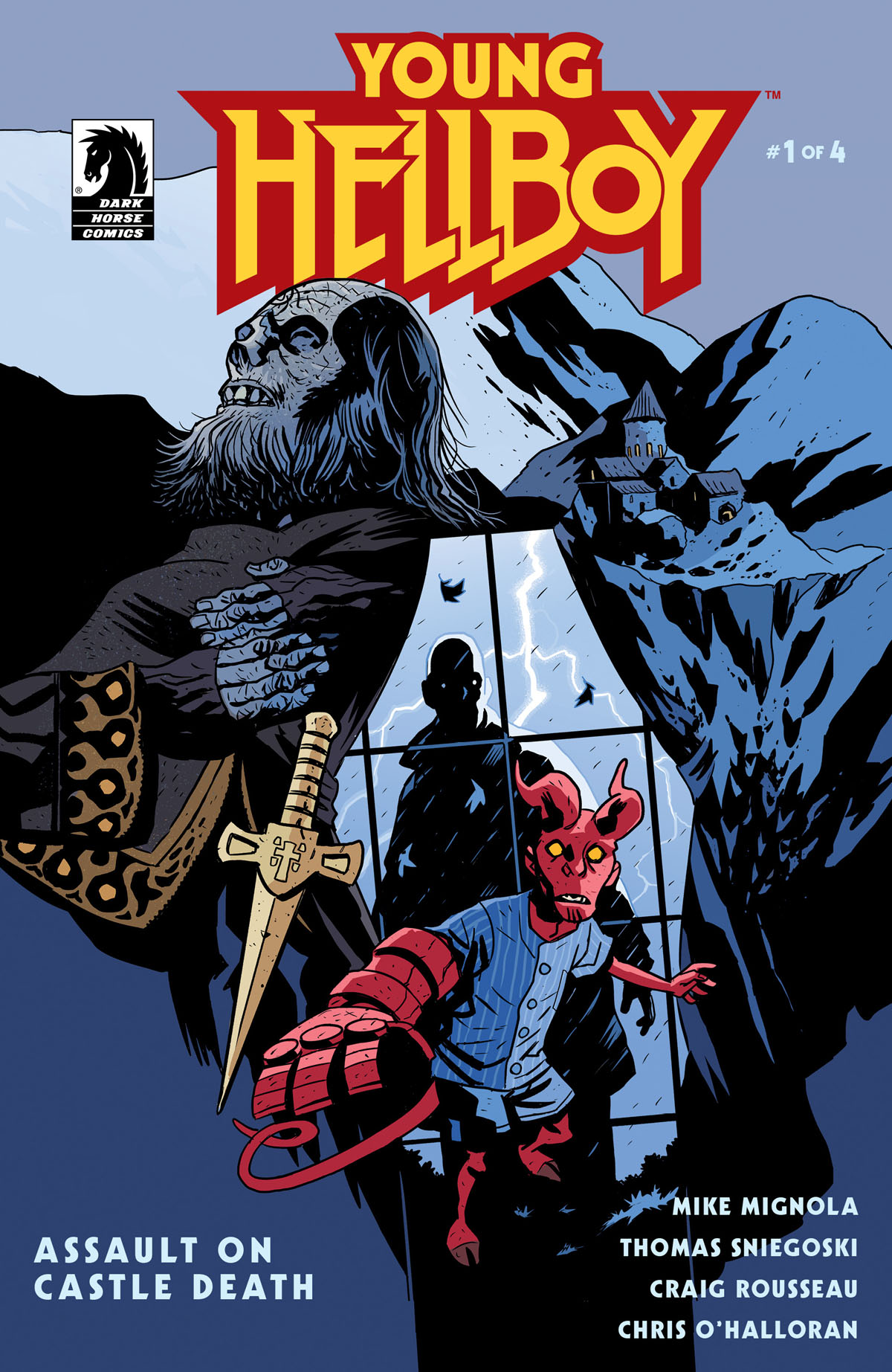 Sniegoski also shared some hints about what’s coming up in the new series.

“After an adventure involving hidden lands lost in time and space, monkey people, dinosaurs, a vampire queen, and a pulp adventure hero who turns into a giant gorilla, what type of shenanigans could young Hellboy possibly be getting into now? Join the world’s greatest paranormal investigator before he earned the title in his newest adventure.

Who are the Brothers of Desolation, and why do they want Hellboy dead? Will young Hellboy, in the guise of the Scarlet Crab, and his faithful dog sidekick Mac be able to defeat the nightmares which are about to emerge from Castle Death? Or will they need assistance from a certain crustacean-based 1930s pulp hero (Lobster Johnson!)? Only those willing to embrace the thrills and chills of Young Hellboy: Assault on Castle Death will know for sure!”

Additionally, Dark Horse Comics passed along the official description for the first issue:

“Returned from their adventures on a secret island, Hellboy and the Professor move with the B.P.R.D. from New Mexico to Connecticut. The relocation is tough on Hellboy: is he just homesick, or have scrambled memories from the island gripped the supernatural whippersnapper? Meanwhile, word of Hellboy’s survival has also reached an unknown enemy, who failed to kill him once before but is determined not be foiled again…”

Young Hellboy: Assault on Castle Death #1 will hit comic book stores on Wednesday, July 13. And finally, here’s a look at the variant cover by Tonci Zonjic, which depicts Young Hellboy lying in his bed with his dog. 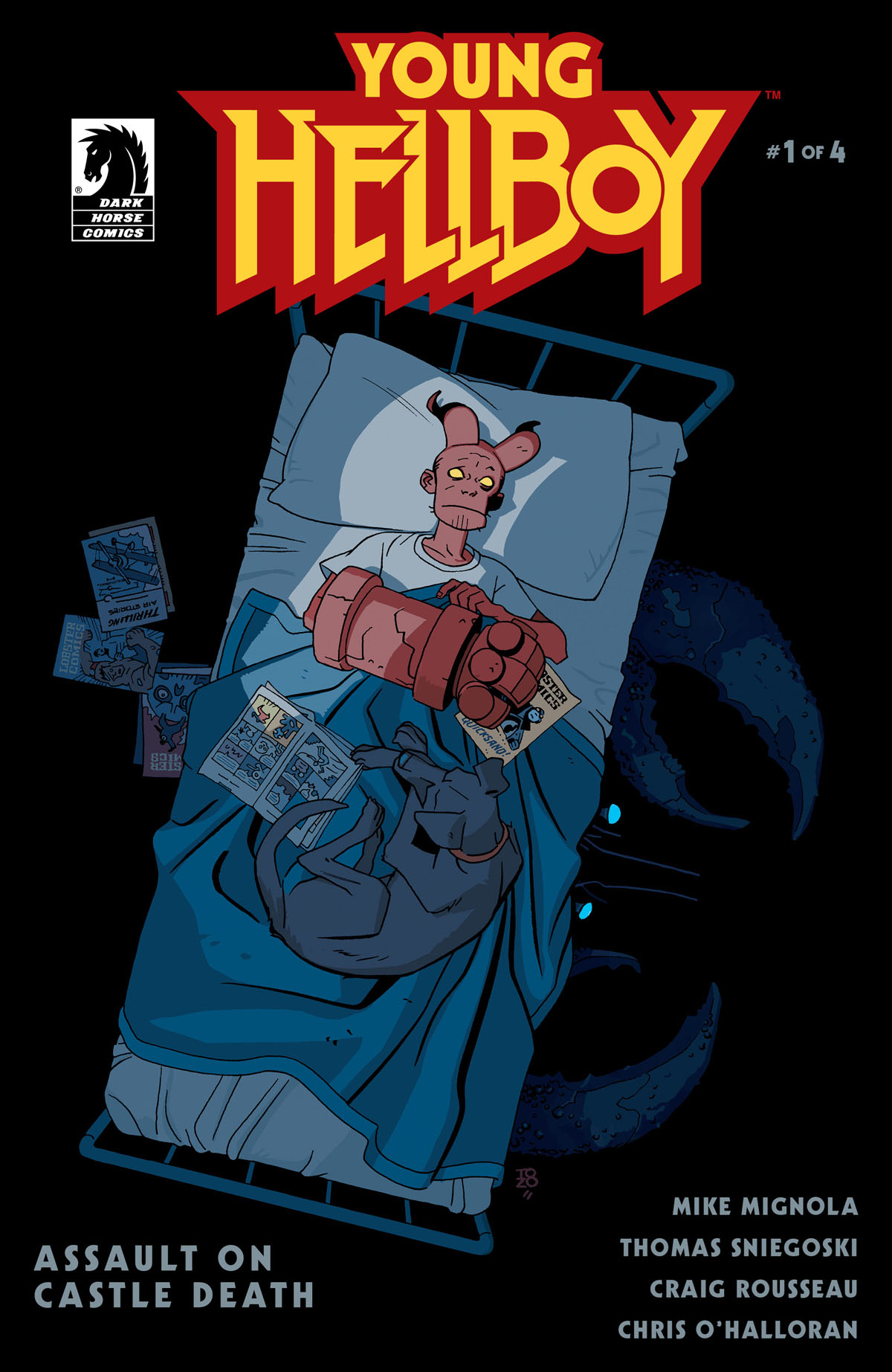 Are you looking forward to the new Hellboy miniseries? Let us know in the comment section below!

At The Game Awards, fans got their first look at Hellboy: Web of Wyrd, the first full-fledged Hellboy video game…
Video Games 2 months ago

There's a new Iron Cat in the Marvel Universe, and she's got her sights set on taking out Black Cat…
Comics 8 months ago

Comic art legend Geof Darrow brings back Shaolin Cowboy for a new miniseries, Cruel To Be Kin, as the Desert…
Comics 9 months ago
Loading Comments...