Well, that’s a relief. With HBO Max of late seemingly on a purge of animated shows and cancellation spree for DC projects, Harley Quinn seemed like a prime candidate for potential axing. But it will not be so. Ahead of the season 3 finale Sept 15, HBO Max just announced the season 4 renewal. Current consulting producer and writer Sarah Peters will serve as the new showrunner and executive producer. It seems the network’s new apparent antipathy towards animation and children’s programming doesn’t extend to a cartoon as adult as Harley Quinn. Good thing, too, because there aren’t a lot of networks that carry it otherwise.

In a press release, Peter Girardi, Executive Vice President of Alternative Programming at Warner Bros. Animation said, “Three seasons down and I can’t even begin to think about the new levels of chaos and trouble that Harley, Ivy and the gang can get into with a fourth season. But I’m grateful to our partners at HBO Max for continuing this insane ride with us so we can all find out.” 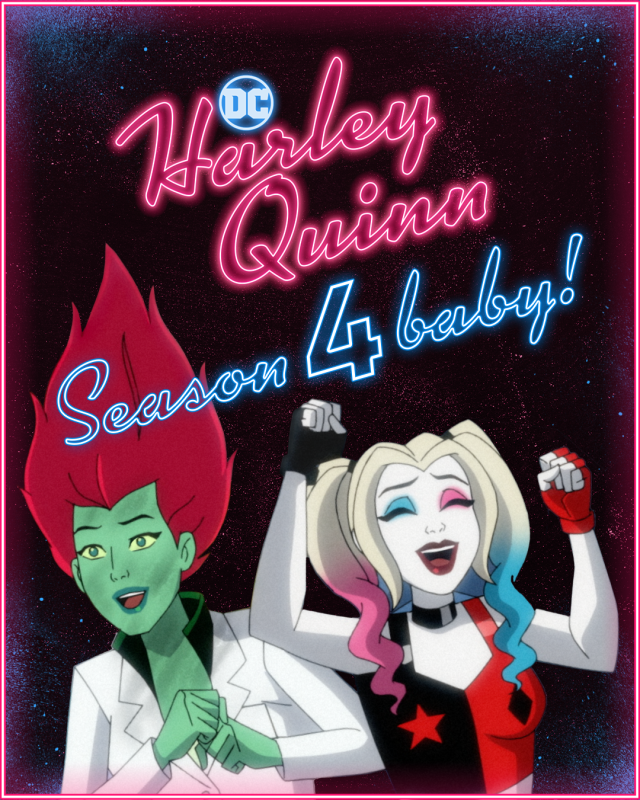 Executive producers Justin Halpern and Patrick Schumacker added, “We are ecstatic that HBO Max wants the story of Harley and Ivy to continue. And we are equally thrilled that this next season will be in great hands with Sarah Peters as our showrunner and Ceci Aranovich overseeing animation production, as they have both greatly influenced the show with their brilliance since the beginning.”

The relief is palpable. And undoubtedly shared by many fans of the show. This may also bode well for the Kite-Man spinoff.

What would you like to see Harley and Ivy get up to in a fourth season? Let us know in comments.

After jumping from Epix to HBO Max, Pennyworth: The Origin of Batman's Butler is going to end with season 3.
TV 3 days ago

Raised by Wolves, The Nevers, and Westworld are among the recently-cancelled HBO shows migrating over to new FAST channel spaces.
TV 4 days ago

HBO Orders The Last of Us Season 2

The Last of Us has officially been renewed for season 2 by HBO and HBO Max, as the hit video…
TV 1 week ago

HBO Max has announced that the current seasons of Titans and Doom Patrol will mark the end of the road…
TV 1 week ago
Loading Comments...