Earlier today at Star Wars Celebration, Lucasfilm shared the first clips from the Ahsoka live-action series. Because the show hasn’t even been filming a month, there wasn’t enough footage for a full trailer. And for now, it doesn’t appear that Lucasfilm will drop the clips online. Regardless, the scene in question was enough to confirm that more Star Wars Rebels characters will be making the jump to live-action in this show.

Via Collider, Rosario Dawson and Natasha Liu Bordizzo were on the panel when the footage played. Dawson is headlining the series as Ahsoka Tano, while Bordizzo is portraying Rebels heroine Sabine Wren. They were also joined by Chopper, the astromech droid from the series before the new footage played.

Within the clips, Rebels‘ captain of the Ghost, Hera Syndulla, was briefly glimpsed from behind and the ship itself also appeared. Sabine was also seen admiring her work on the mural of her friends that she painted in the series finale of Rebels. In that episode, Sabine and Ahsoka left together to go find their long-missing friend, Ezra Bridger. And it appears that Ahsoka will continue where that story left off.

To jog your collective memories, this is how the mural appeared in the Rebels finale. 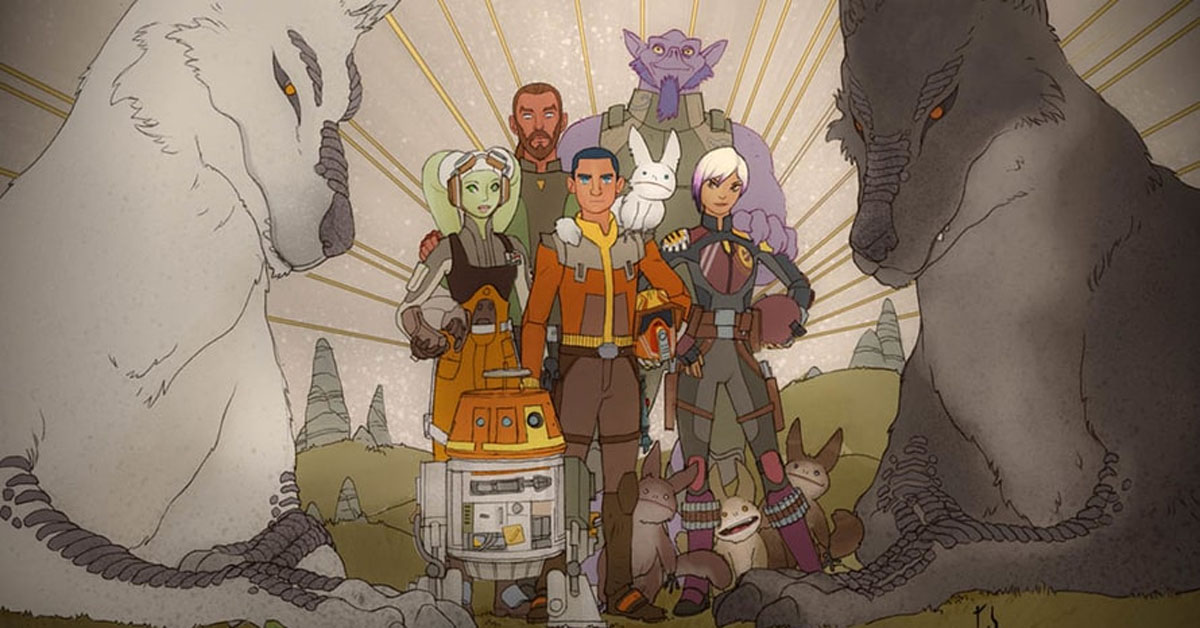 RELATED: Lucasfilm Announces That the Ahsoka Series Has Begun Filming

Dawson’s lone appearance in The Mandalorian openly hinted that this was where Ahsoka‘s tale would lead. Within that episode, Ahsoka demanded the whereabouts of Grand Admiral Thrawn, a legendary Imperial leader. Thrawn and Ezra were both pulled into hyperspace to parts unknown in the Rebels series finale. Since Ahsoka is about the search for both characters, it stands to reason that both will eventually show up.

For now, we don’t know who will portray Ezra, Thrawn, or Hera on Ahsoka. But between Sabine, Hera, and Chopper, the majority of the surviving crew of the Ghost is now confirmed to appear.

Ahsoka will premiere on Disney+ in 2023.

Are you eager to see the characters from Star Wars Rebels in live-action? Let us know in the comment section below!

Margarita Levieva has landed a supporting role among the star-studded cast of Lucasfilm's upcoming Star Wars series, The Acolyte.
TV 2 months ago

As Cassian Andor attempts to complete his escape, a trap is being laid that brings together the major players ahead…
TV 3 months ago

Director J.D. Dillard has shared that he's no longer attached to make a new Star Wars movie for Lucasfilm or…
Movies 3 months ago
Loading Comments...