The confines of Titans Tower got more crowded this week. After welcoming in Slade Wilson’s distressed daughter, Dick’s fellow original Titans returned to their old haunt to snuff out Dr. Light. But the memories stored within the tower’s walls could keep them from victory before the mission even begins. That or the brashness of Dick’s new crop of heroes. But a friendly force might be on the way. Earth’s trifles are so much easier than the plight of royalty, after all.

Ghosts Of The Past 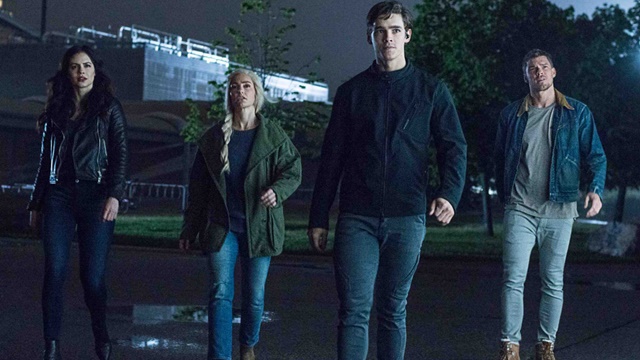 Hank, Dawn and Donna arrive at Titans Tower as Jason fills Dick in on Rose’s identity. Dick stays mum about his history with Deathstroke before welcoming his fellow former Titans home. But the tower isn’t much of a home to these visitors. They don’t enjoy being around a setting that holds so much pain. They’re there to take down Dr. Light. That’s it. Donna freaks out at Rose’s presence there, especially knowing her father’s role in the old team’s disbanding. Dick puts Rose aside as his problem and focuses on the mission.

It isn’t long before they set the good doctor in their sights. Their illuminated enemy is directing power to a football stadium in order to recharge. The former Titans surround him, chasing him down outside of the stadium. An approaching bus causes Dick to rethink delivering the killing blow, allowing Dr. Light to escape. The crew is more than displeased upon their return. Dawn does her best to quell Hank’s desire to put the hood on again while Donna questions Dick’s motives for restarting the squad. Do these rookies even know what happened to them? 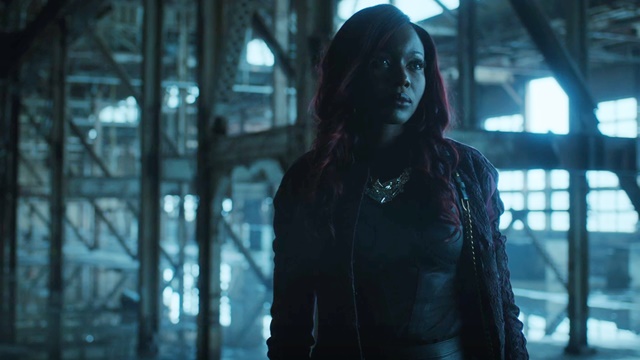 Kory remains in custody of her friend and royal guard member Faddei. He struggles to understand why she would choose to stay on Earth, shirking her role as queen, instead of embracing her bloodline. Earth provides Kory a distinct freedom, even if the planet is light years behind their home planet. Faddei seems to embrace this sentiment somewhat, stealing a necklace in an attempt to woo Kory. Can’t blame a former lover for trying to ignite an old flame.

Faddei, alas, cannot advance past the needs of the throne. It is Kory’s destiny and duty to rule. The two drive to Kory’s ship, but a phone call from Rachel sways Kory to stay a bit longer. Her young ward is struggling to contain her darkness after defeating her father and Kory needs to be there to help her. She locks Faddei in the ship and leaves despite his warnings. If more pursuers come then let them come.

Into The Deep End 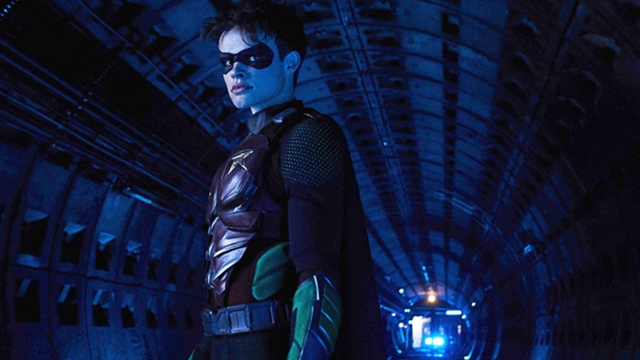 Despite her issues, Rachel and Rose bond over their cruddy dads. Hopefully Rose can find the same vengeance in killing her father as Rachel found in defeating Trigon. It won’t bring her brother, Jericho, back, though. Training with Dick might help, but Rose’s self-perception as being only good for breaking things is a hard obstacle to overcome.

Rachel’s worry spawns from a training session where she loses control and nearly kills Jason. Can’t really blame her when it comes to that hot-head. Jason has been struggling with Dick ever since the old Titans arrived. He’s denied from joining the mission against Dr. Light and prods Dick upon their return, getting tossed to the ground for his troubles. Embarrassed and angry, Jason recruits Gar for a recon mission after finding signs of Dr. Light in the city’s subway tunnels. Robin 2.0 holds his own against Dr. Light, but Deathstroke arrives before he can land the killing blow. Gar hears Jason scream from the darkness but only finds a blood streak. Slade has a hostage.

What did you think about Titans season 2 episode 3? Let us know in the comment section below!

The first official clip from Titans season 4.
TV 4 months ago

George Perez, a true icon in the comic book industry, has passed away at the age of 67 following a…
Comics 9 months ago
Loading Comments...