Troma’s The Toxic Avenger, an unrated, gore-and-sex-soaked superhero parody that’s un-PC to say the least, would seem on paper to be the least likely movie ever to get a kids’ cartoon. Yet in the ’90s, with the Teenage Mutant Ninja Turtles and Captain Planet on the air, the character seemed ripe for reconfiguration. In the Toxic Crusaders cartoon, Toxie and his fellow mutants fought for the environment against evil pollution monsters, similarly disfigured. And yes, there were toys. Seeing a potential TMNT part 2, Playmates picked up the license and produced the first Toxic Avenger figure.

Now Super7 has obtained the license, and is bringing lead character Toxie (real name: Melvin Junko) back to plastic. They’ve already had some success with retro Kenner-style 3-3/4 inch figures in both movie and cartoon style. This new figure, however, is fully based on the vintage toy, and utilizes the same body style as Super7’s He-Man and the Masters of the Universe collector figures. 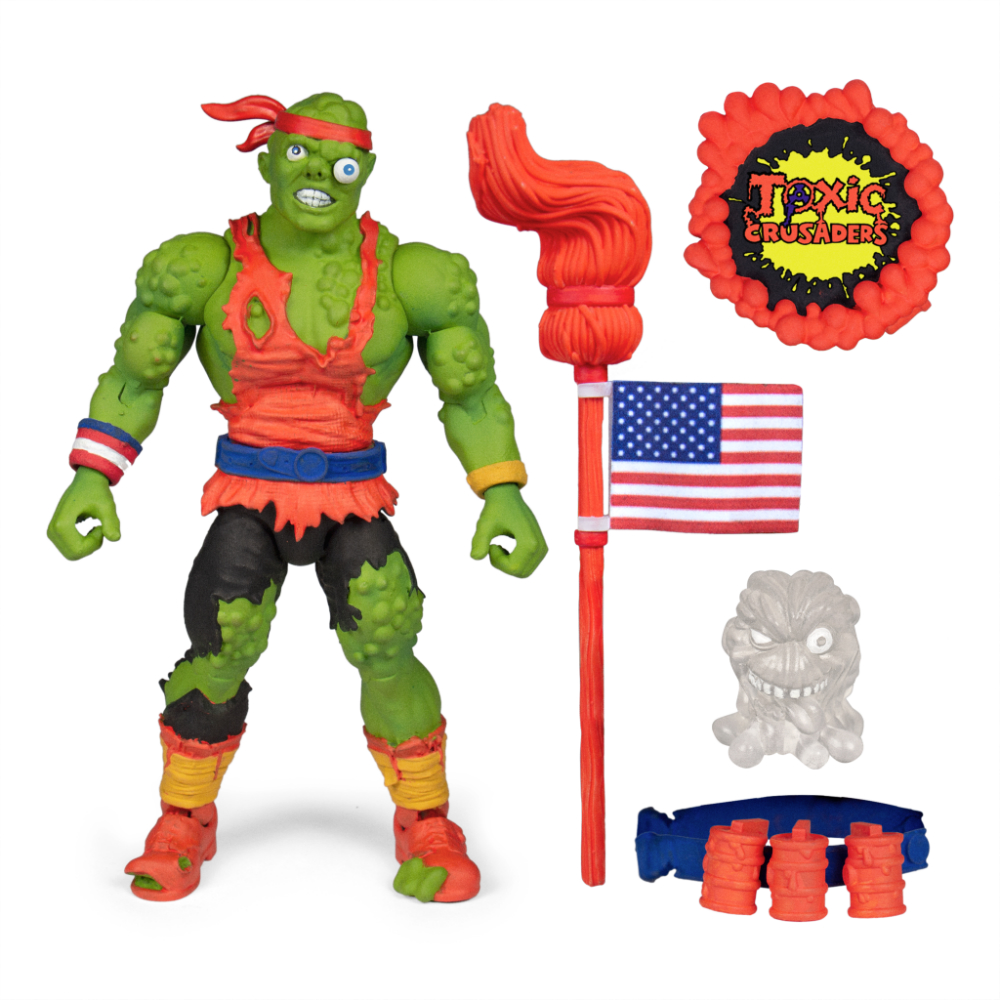 Like the original, Toxie has a glow-in-the-dark eye, waste drum grenades, and a mop that doubles as an American flag. He also comes with a logo shield and his sidekick Blobbie. Pre-orders are $35 plus shipping, the same as the Masters of the Universe Classics. We can anticipate arrival by Christmas, just in time to gift to all your most toxic relatives.

The original Toxic Crusaders were in scale with the Turtles. But now Toxie’s the right size to go at it with He-Man. Are the Tromatons in his bloodstream, which help him identify and destroy evildoers, a match for the power of Grayskull? Only you can decide. He-Man has beaten slime monsters before, but Toxie once defeated Satan.

Let us know who you think prevails in the comment section below.

If you feel S-S-Slithe needs backup on the shelf, three Reptilians can now have his back.
Geek Culture 2 months ago

Super7 Brings King Conan and His Throne to Toy Form

If we never get a King Conan movie, at least we get a toy.
Geek Culture 3 months ago

Super7 will bring Star Trek: The Next Generation figures into its 7-inch Ultimates line.
Geek Culture 3 months ago
Loading Comments...