Here are some details of what took place, thanks to Batman-News:

It started with Warner Bros. telling the crowd that they were going to be in Batman vs. Superman. Yes, a Warner Bros. representative referred to the movie as Batman vs. Superman. That’s still not the official title, but it’s one that keeps coming up. Warner Bros. also announced that this would be the opening of the movie. Then two scenes were filmed. Both plays were from around Gotham city’s 30 yard line. The first play was a tackle for a Metropolis loss. The second was for a touchdown pass to the corner of the end zone for Metropolis. Then the bench cleared for Gotham and they had to break up a fight on the field. Gotham never even went on offense.

SadPuppyProductions also uploaded a 4-minute video of the filming, which you can check out below, and added:

“Day 1 of filming for 2015’s “Batman Vs. Superman”. The scene takes place at Gotham City University’s Stadium facing off against rivals Metropolis University. Everyone in the audience was given various Gotham Football shirts. Some black, some yellow, some T Shirts, some sweatshirts, etc. Zack Snyder (Watchmen, 300, Man of Steel) was on set, however the main characters were not there.” 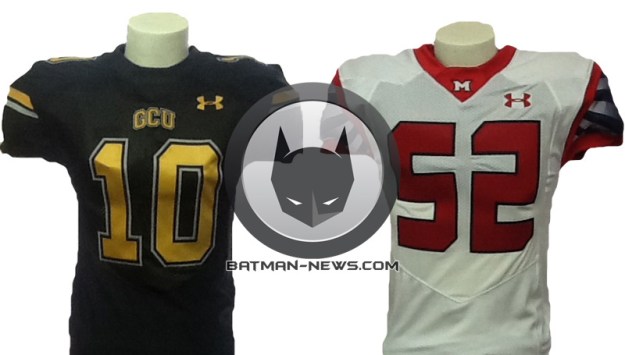