It appears Willow may have some competition in the arena of epic fantasy with contemporary speech and humor. For Dungeons & Dragons: Honor Among Thieves, that makes a sort of sense, since it’s based on a game in which players can speak however they wish. The prior Dungeons & Dragons movie may have gone too far in that direction, but a new featurette shows that this reboot contains more game-specific material. In addition to actual dungeons and dragons, it offers looks at game-specific creatures like the mimic and gelatinous cube.

The main thrust of the featurette, though, is to show how much fun the actors appeared to have. And somehow it uses Led Zeppelin music, perhaps to imply the cast and crew have a “whole lotta love” for the source material. Michelle Rodriguez lets us know it’s “badass”; codirector/cowriter John Francis Daley talks a bold game about giving fans the movie they’ve been hoping for.

Did they pull it off? Take a look below:

In addition, Paramount just dropped a new poster for the film, which reveals the red female wizard who seems to be the main villain. Behold: 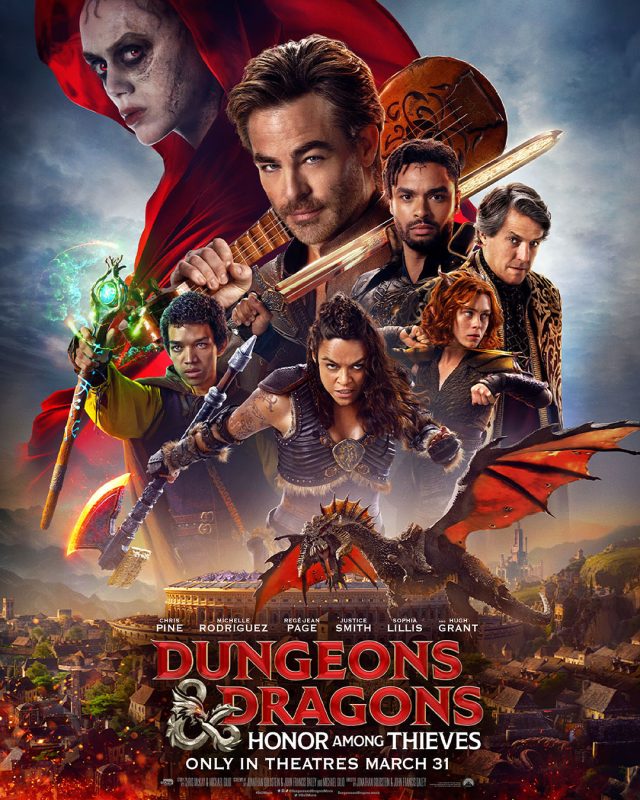 Do you think they’ve done the property justice — and not just the Smith kind — so far? Let us know in comments.

Dungeons & Dragons: Honor Among Thieves Gets a New Trailer

Paramount gets the D&D party started with a new trailer for the upcoming live-action film, Dungeons & Dragons: Honor Among…
Movies 2 weeks ago

Dungeons & Dragons Directors Compare the Film to the MCU

Dungeons & Dragons: Honor Among Thieves Will Open SXSW in March