Darwyn Cooke gave us Catwoman‘s goggles costume in 2001, and since then we’ve had at least two live-action movies openly ignore one of the best and most practical looks in comics. (The jury’s still out on the third, The Batman; here’s hoping Zoe Kravitz replaces the awkwardly cut ski mask with a proper cowl by the end.) First we got Halle Berry’s fashion nightmare, then Anne Hathaway’s “it only looks like cat ears by accident” night gear. So at least with the animated Catwoman: Hunted, we get a (barely) full-length feature utilizing her coolest duds. Is it too much to ask for a good script as well? Yeah, probably. But the primary target audience won’t likely mind, much. 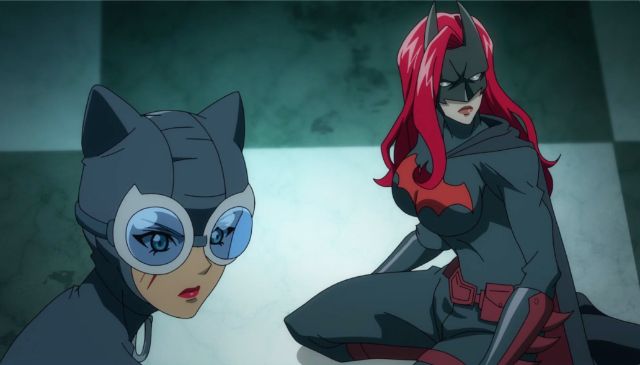 Catwoman: Hunted nabbed a PG-13. Minus a judicious and amazingly gratuitous bubble-bath scene (a tub on an airplane, no less), it doesn’t go as hard on adult content as some other DC animated movies. And yet, with Selina Kyle, Batwoman and Cheetah doing extremely limber fight work in skin-tight outfits (or in Cheetah’s case, basically nothing), one can’t help feeling this is aimed at teenage boys in small towns who can only find movies at Walmart, and get carded for the R-rated ones. Like burlesque, it’s mostly tease. But then, so is Catwoman. And even Batwoman can fall for her charms.

So what do they do besides fight? Not much, actually. The 79-minute movie breaks down into three sequences. Each of them features Selina knocking off numerous henchmen, then facing a mini-boss (or more), then a final stage boss. It feels like a Final Fight-style arcade game. When Batwoman appears, the effect is like all the times your buddy suddenly dropped in a quarter, or hit the start button on the other controller, and now plays beside you. But since this is a movie and not interactive, here’s hoping the prospective buyer prefers to watch. 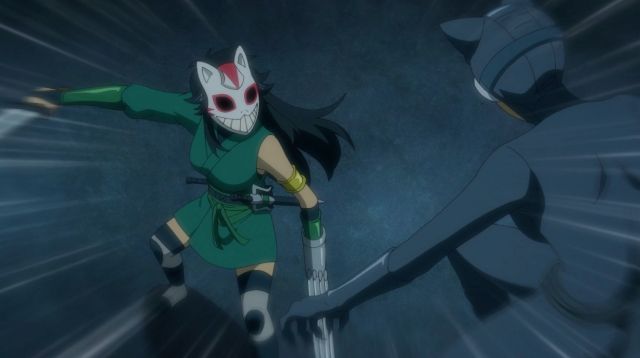 Catwoman: Hunted was a collaboration between American and Japanese studios. As such, it arguably counts as “anime,” given the extremely loose definition of the term. What that means now is the characters have bigger eyes and more triangular faces than usual. Meanwhile, demon and monster characters who show up have a Japanese style common to horror video games. On the whole, it’s more visually interesting and dynamic than some of the older DC animated movies. Whether viewers prefer it to the Archer-ish style of more recent installments is a personal call.

There’s a sense that this movie might have been cut short. Especially given the brief running time, and the fact that key information and a whole story sequence takes place in Darwyn Cooke-like drawings during the opening credits. That sequence, which appears to have Catwoman defeating human traffickers, sets up the whole plot and Catwoman’s motivation. Yet we only know this when she gives us the Cliffs Notes version much later. Could it have been planned for full animation, but not fit the budget? The movie likely would have benefitted. 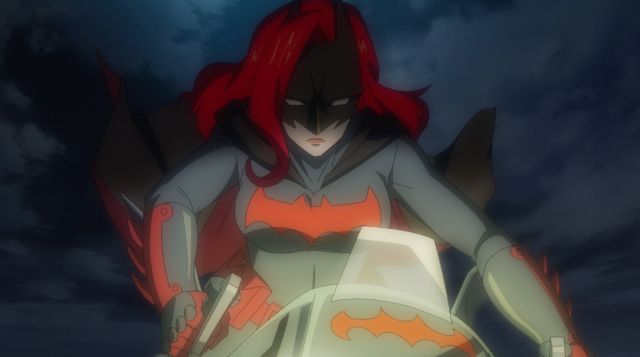 Encanto star Stephanie Beatriz is barely recognizable as Batwoman, having dropped her voice to a huskier, Scarlett Johansson-like register than that of Mirabel Madrigal. Evidently a vocal chameleon, Beatriz emphasizes Batwoman’s testosterone-heavy presentation while occasionally, deliberately undercutting it with hesitation where appropriate. Elizabeth Gillies’ Selina Kyle is as playful and seductive as the part calls for, though for a character supposed to be ambiguous, she never quite sounds like a baddie. Kirby Howell-Baptiste gives great Cersei Lannister vibes as Barbara Minerva, while Keith David’s Tobias Whale is the perfect casting DC fans would expect. 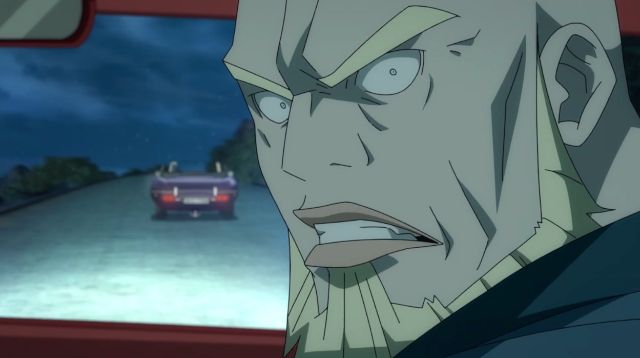 Lauren Cohan’s Julia Pennyworth doesn’t register much, except as  a character who feels like she wandered in from a weekly series of her own. A less interesting one, frankly. Not Cohan’s fault, but the character as depicted here doesn’t give us much to go on beyond generic tropes.

RELATED: Peacemaker Review: The DCEU Gets Its Own Johnny Lawrence

Playing the fictional video game this all resembles might be more fun than just watching. But then again, this movie feels like it’s skewing toward viewers too young to even remember those sorts of games. To the extent that it’s “mature” content, it is so in the most euphemistic, air-quote sense of that word. And there’s nothing wrong with that, as far as it goes. If it were to turn out the movie exists because somebody at DC said “Anime women are hot and Catwoman is hot,” nobody’s jaw would drop at the revelation. It is what it is. 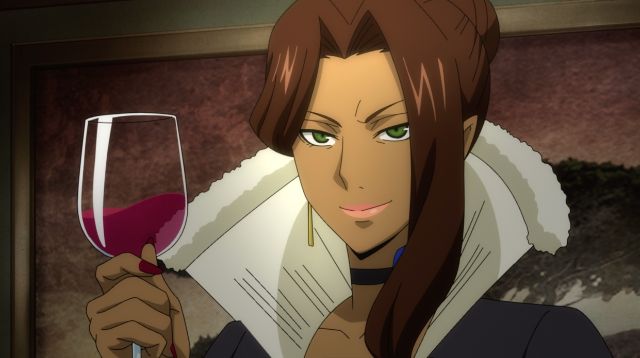 Unlike most other DC animated movies, extras on the disc are scant. No bonus cartoons; no original short. Just two featurettes — one in which the filmmakers desperately try to persuade us their film is more layered than the name-brand cheesecake we just watched, and another on Catwoman in general featuring lots of archival interviews. Among them, Halle Berry, Sharon Stone, and Denise Di Novi hyping their Catwoman movie, likely inspiring audiences to yell at the screen when Di Novi says she didn’t want to just make a sequel to the Batman Returns version of Catwoman. It would be interesting to find out if she still thinks her idea was better.

At least this one is. If only because it’s Selina Kyle looking good in the right costume.

Josie Campbell explains how Supergirl's outsider status is what drew her to write the latest DC animated original movie.
Movies 1 week ago

The Cancelled Batman Beyond Movie Would Have Featured Catwoman

Michael Keaton's cancelled Batman Beyond movie was supposed to bring back Catwoman, and potentially Michelle Pfeiffer, for the first time…
Movies 2 months ago

Amazon could become the home of several animated DC movies and TV shows is a new deal with Warner Bros.…
TV 2 months ago

Supergirl fights alongside the heroes of the 31st century in the first trailer for DC's upcoming animated feature.
Movies 3 months ago
Loading Comments...