Back in March, Disney revealed they were bringing new Marvel attractions to theme parks on three different continents. Today, Marvel gave us a better idea about what the company is planning. Via Scot Drake, creative executive for Walt Disney Imagineering’s Global Marvel Portfolio, these installations will arrive at Disneyland Hong Kong, Disneyland Paris, and Disney’s California Adventure starting in March 2019.

The expansion is being touted as “a brand-new global Avengers Initiative” that lets Marvel fans get in on the action. According to the press release, “Tony Stark is retrofitting two of his father’s Stark Industries sites into new hubs for training and innovation. Through partnerships with S.H.I.E.L.D., Pym Technologies, Masters of the Mystic Arts and the new Worldwide Engineering Brigade, The Avengers and their allies will forge new global campuses to champion the next generation of heroes.”

These “sites” are actually the new Marvel hubs opening in Disney’s Paris and California locations. First up is Ant-Man and the Wasp: Nano Battle! This attraction will have visitors help the stars of last summer’s superhero team-up film. They’ll join forces in a battle against Arnim Zola and his army of Hydra Swarm-bots. Judging by the newly-released concept art, Nano Battle! will involve participants shooting at these robots as they appear on a screen in front of them. The attraction replaces Buzz Lightyear’s Astro Blasters and boasts appearances by MCU stars Paul Rudd and Evangeline Lily. It will join the Iron Man Experience, which previously opened at the Hong Kong park in January 2017.

Meanwhile, at Disneyland Paris and Disney’s California Adventure, new installations are in the works featuring Spider-Man, Doctor Strange, Iron Man, Black Panther, Captain Marvel, and Captain America. Unfortunately, no new details on those attractions were shared at this time. Guardians of the Galaxy – Mission: BREAKOUT! is the only Marvel ride currently operating at California Adventure. Recently, the long-running A Bug’s Land section of that park closed to make room for the new Marvel area set to open in 2020.

You can check out new concept art for the Marvel parks below, then share your thoughts in the comment section! 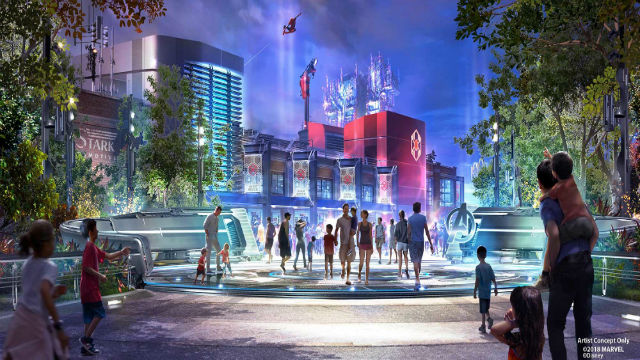 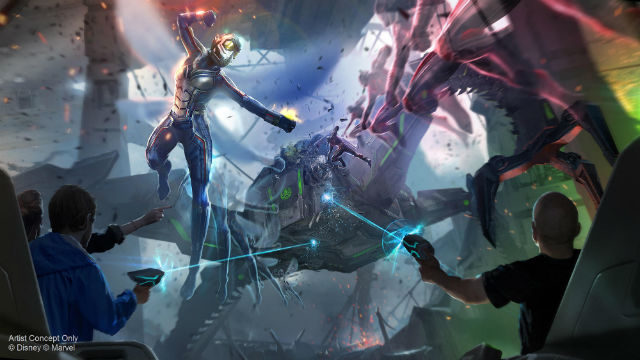 Disney+ Shares a Trailer For Marvel’s Director by Night Special

Disney+ has released a new making-of special that examines Michael Giacchino's work as the director of Marvel's Werewolf by Night.
TV 3 months ago