Over the past week, McFarlane Toys has leaked out teasers of upcoming individual figures. We’ve collected them all for one feature, starting with the one that’s available for presale as of today. That would be the movie Shazam figure from the sequel, Fury of the Gods. Billy Batson’s sparkle-fingered alter-ego includes alternate hands and lightning effects, but no flight stand. (Entertainment Earth is an affiliate partner with Superhero Hype. This site may earn fees on purchases made through links.) 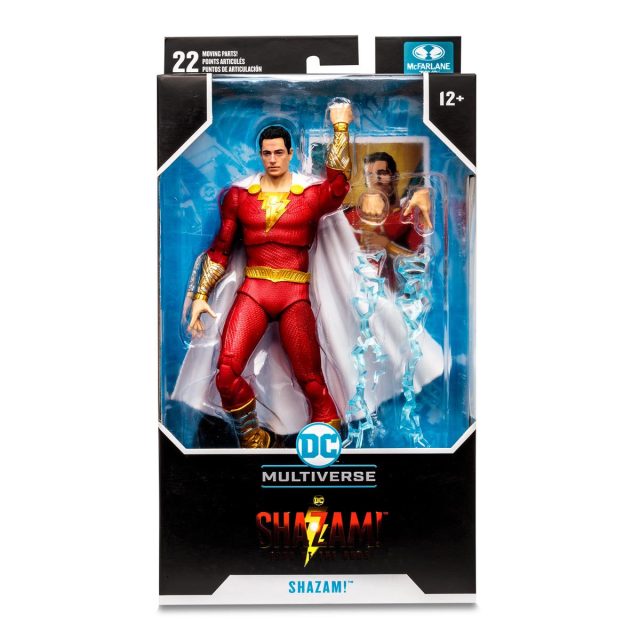 Other figures hail, unsurprisingly, from the world of Batman. Mr. Freeze reflects his usual aesthetic, in domed freeze suit with red goggles and a big ice cannon. Infinite Frontier Joker looks a lot like many of McFarlane’s other Joker figures, but with a more youthful appearance. The Bat-family’s recent addition, Signal, joins the fray. And Gladiator Batman harkens back to what seems to be Todd McFarlane’s favorite DC angle of late, Dark Nights Metal.

RELATED: Mongul and Frankenstein Are the Next McFarlane DC Mega Figures

Thus far, only Shazam is up for preorder, but the others should follow shortly, as McFarlane generally only reveals figures close to release.

Check out the rest in the gallery below. Which is your favorite? Let us know in comments.

Recommended Reading: The Art of The Batman

We are also a participant in the Amazon Services LLC Associates Program. This affiliate advertising program also provides a means to earn fees by linking to Amazon.com and affiliated sites. Michael Giacchino’s Score. Also. However. Regardless. Additionally.

Amazon's God of War series is still in the early stages, but Sony's Katherine Pope says it will keep the…
TV 19 hours ago

A worthwhile rewatch that needs more extras.
Movies 14 hours ago

Severance star Dichen Lachman is the latest cast member to sign on for the upcoming sequel, Kingdom of the Planet…
Movies 18 hours ago

"Mumble mumble...You have my permission to buy!"
Geek Culture 3 days ago