In December 2001, Superhero Hype was officially re-launched under its current name. And to kick off SHH’s 20th anniversary celebration, it’s time to look back at how we got here.

Some of you may have been around long enough to remember that the first incarnation of Superhero Hype was actually Spider-Man Hype. In May 1999, Mirko Parlevliet spun Spider-Man Hype out of ComingSoon.net to focus on Sam Raimi’s original Spider-Man film. Back then, there weren’t a lot of superhero movies or shows on the horizon. However, Mirko saw the potential of the site to cover more than just Spider-Man. And six months before Spider-Man opened, Mirko decided to change the site’s name and refocus its coverage.

Chris Mason and Mirko co-founded the newly rechristened Superhero Hype in late 2001. While both Mirko and Chris have moved on to other things, their legacy has spanned two decades. Spencer Perry followed Mirko as the site’s managing editor, and he worked alongside several other writers and editors. There are far too many to name here, but Silas Lesnick deserves a special shout out. He wrote nearly 4,000 stories on SHH during his seven-year run on the site.

The current Superhero Hype team is myself, Blair Marnell, Morning and Weekend editor Luke Y. Thompson, Associate Editor Jake Abbate, and a few guest contributors. We know that SHH wouldn’t still be here without you, the readers. On behalf of the entire team, I thank all of you for sticking with us for two decades. Over the next few days, we’ll be taking a look back at some of the biggest stories we’ve covered. But for now, it’s time to reiterate our mission statement.

Superhero Hype is dedicated to covering the biggest stories in superheroes, comic books, sci-fi, and fantasy through films, TV/streaming, video games, and geek culture. However, there is something we won’t do. We won’t knowingly report a story that is false. There’s been an alarming trend of news sites citing dubious sources in the name of content. One site in particular has a well-known habit of making up its own scoops. Our promise to you is that SHH will not run a news story unless it is properly sourced. And we won’t treat rumors as facts.

We’ve worked hard for your trust, and that was why Antoine Hill’s Facebook comment from last June made us proud. 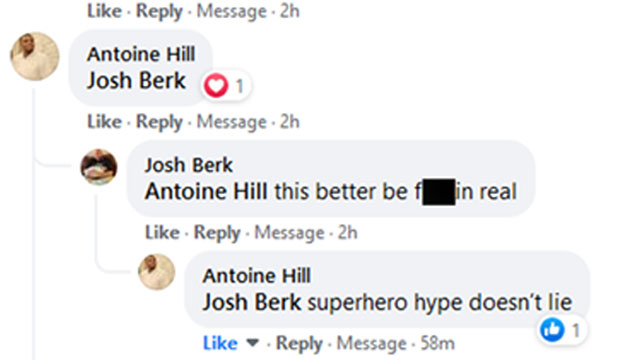 The price of movie tickets remains high, with no signs of relief in sight. And if the kids want to…
Deals 7 days ago

Tony Stark's fall from grace reaches a critical point in The Invincible Iron Man #2. And Stark's secret enemy will…
Comics 3 weeks ago