Appearing in Marvel’s Contest of Champions game, Venompool proved an instant hit with collectors. And why not? He’s a mashup of two of Marvel’s most marketable antiheroes, Venom and Deadpool. One could even argue he’s the lovechild of Rob Liefeld and Todd McFarlane, and the culmination of every design element both artists ever loved. (Except capes. Todd loves huge capes, and this guy’s absent one.) 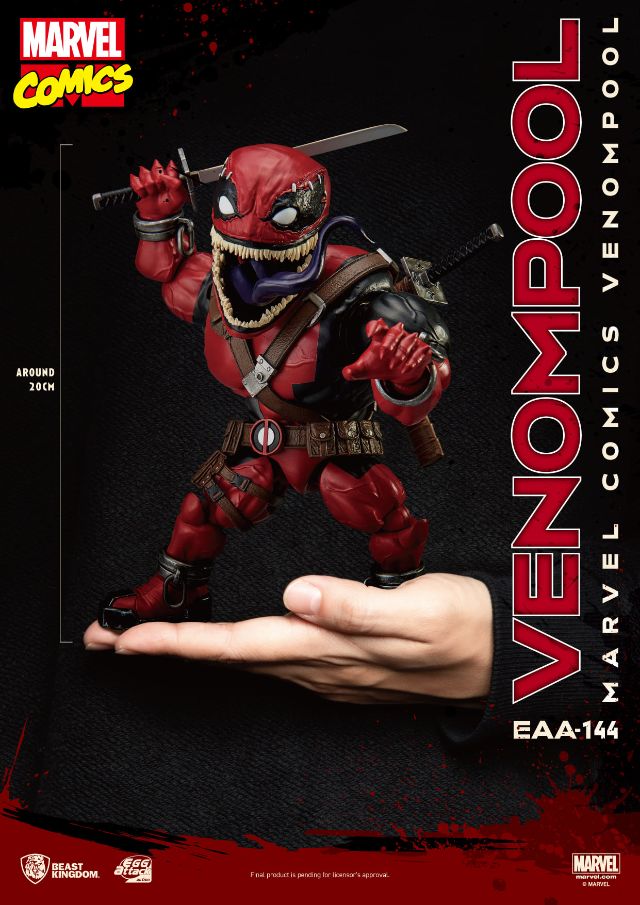 But action figures can get hard to find. Hasbro did him as a build-a-figure in a blink-and-miss-it Venom wave. Hot Toys made one that costs over $500. And now Beast Kingdom reveals their version. Surprisingly, Venompool joins the “Egg Attack” line, known for its oversized heads and cute stylization. Like Funko Pops, these generally look made to appeal to kawaii collectors rather than fans of murderous alien goo.

Perhaps it’s just that Venompool’s head looks disproportionately small normally. But even big-headed, this version looks pumped up and mildly terrifying. Featuring alternate hands, head parts, and swords with sheaths, this 8-inch figure wouldn’t look out of place facing down He-Man. With 20 points of articulation, he gets similar poseability too. 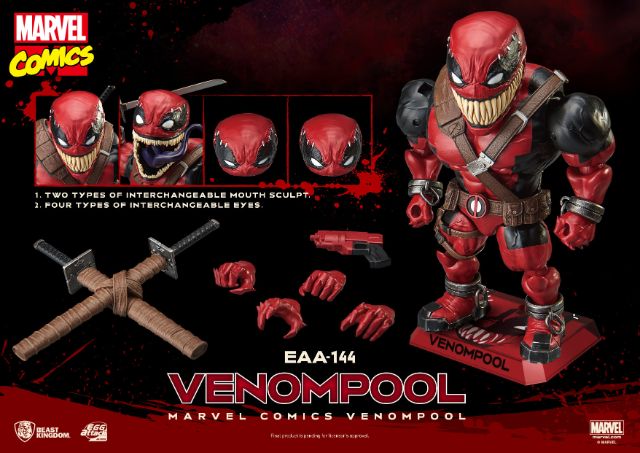 Like other Venompools, he doesn’t come cheap. But he beats Hot Toys and the Marvel Legends BAF, coming in at $106.99. Preorders are up at Beast Kingdom directly, and should hit favorite e-tailers soon.

What do you think of this Venompool? Let us know in comments.

These are the best deals and preorders for Feb 10.
Deals 12 months ago