Following their exclusive sets based on the Dark Horse/DC crossover comics featuring Superman vs. Alien and Batman vs. Predator, NECA delivered two more last month. We’ll look at Green Lantern vs. Predator later; for now, Batman vs. Joker Alien delivers NECA’s first classic comic colors Batman. This blue and gray Dark Knight detective with classic ’80s chest logo got fans hyped when first revealed online. Now he’s here, and while not everything about the figure is perfect, it gets a lot right. From a certain point of view. 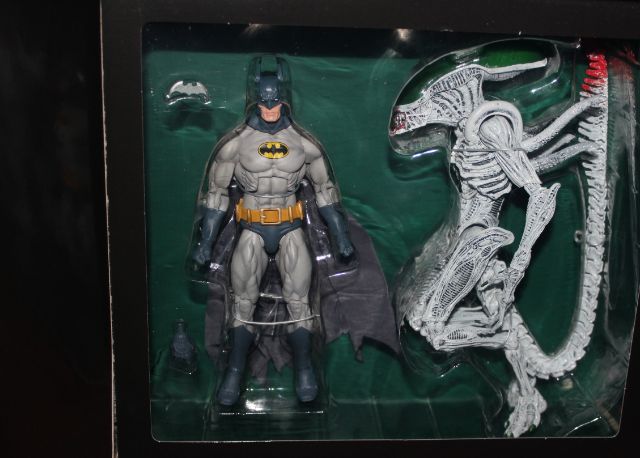 First, though, the xenomorph. Like the alien in the Superman 2-pack, this figure is a repainted Alien Resurrection warrior. And say what you will about that film, the creature designs incorporated everything that was great about previous xenos. In the comics, Joker venom turned them green and white, which is close to the exact opposite of the typical xenomorph color scheme. But complete with a black wash in the crags of the sculpt, the white paint make every sculpted detail stand out. The green dome is translucent to reveal a ridged skull beneath, and the red mouth looks more like blood than clown lipstick. Especially on the pull-out inner jaws. 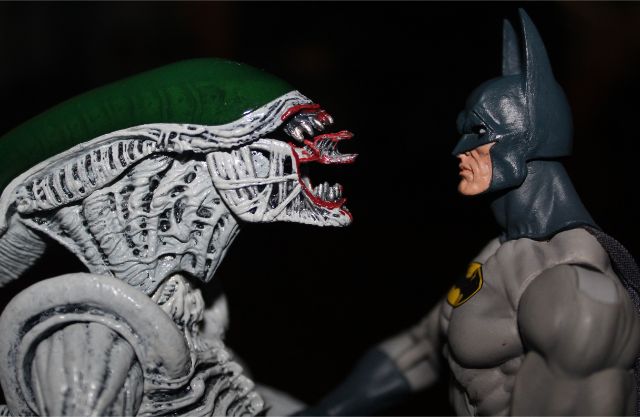 Batman looks like a Simon Bisley-styled, uber-muscular take on Bruce Wayne’s alter ego. This Batman isn’t armored, he’s just jacked and wearing a thin costume. All three NECA DC superheroes in these sets share basically the same body. However, Batman looks bigger thanks to taller boots and gray highlights that emphasize his muscles more. All joints are tight — I had to freeze the figure for a while to loosen the upper thigh swivel. Accessories-wise, he comes with a small Batarang and one extra hand to hold it. 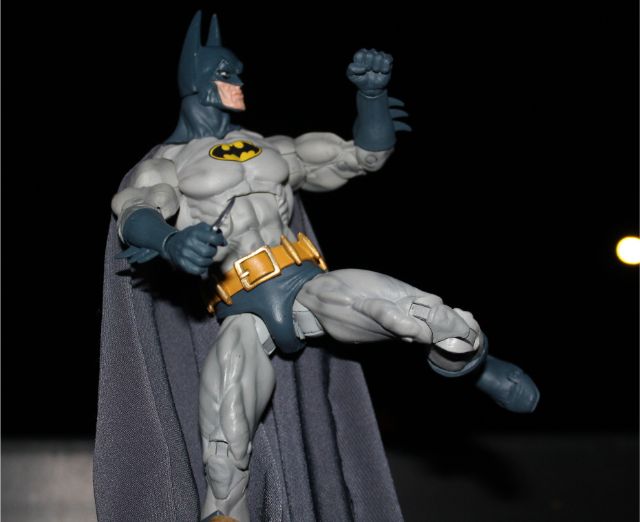 The cape has some minor issues. On the plus side it is huge, and can be spread out like wings. On the minus, it tends to bunch up and hang directly behind his head only. One can pull its sides forwards and tuck it under the front of the cowl slits, but it doesn’t naturally want to stay there. Of the three caped heroes with this body, he ranks third, behind Superman and Armored Batman. 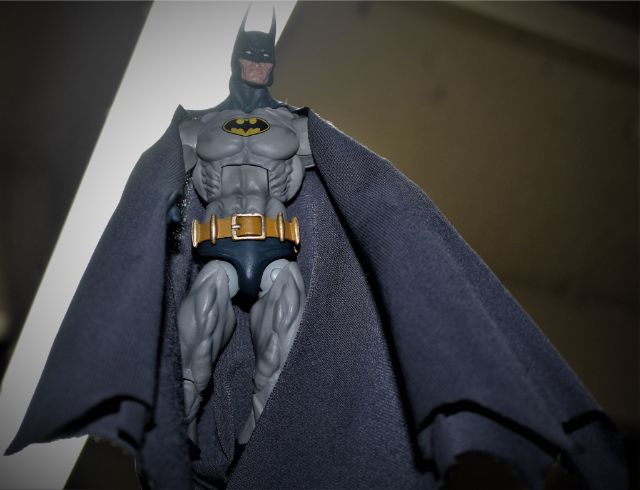 The detail on the face, however, is outstanding. Batman has actual eyes sculpted beneath the cowl, and his face vaguely resembles Adam West on super-soldier serum. Even a blown-up photo of the face diminishes no details. It’s that good. 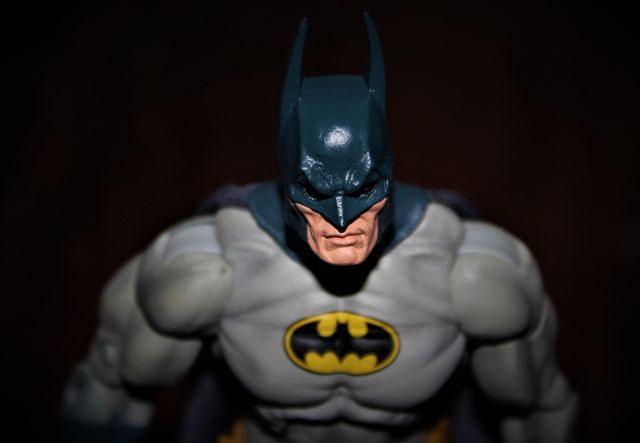 Is this the greatest 7-inch Batman figure ever? For my money, the DC Collectibles Essentials Batman still has the better body sculpt, with equivalent articulation. NECA’s is for fans who prefer the most jacked Batman possible — and his cape does put the DC version’s to shame. 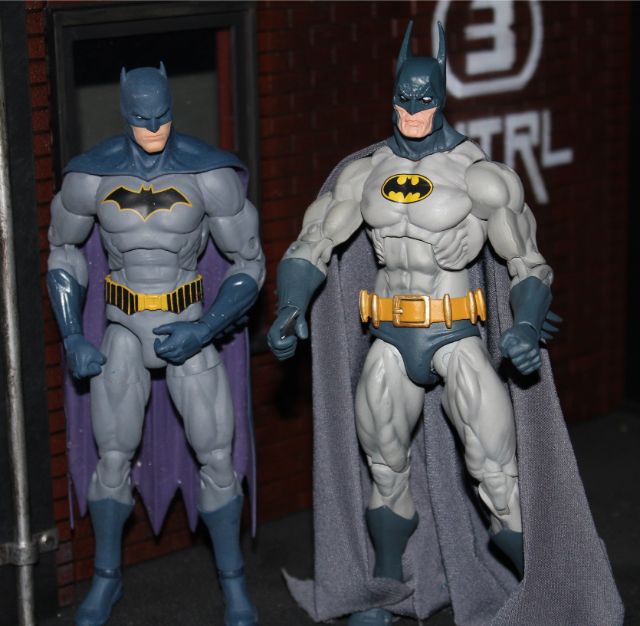 For legal restriction reasons, NECA only sold this set at New York Comic Con. With their new Loot Crate crowdfunding model, it’s always possible they could sneak in more DC characters that can’t be sold at retail…but don’t hold your breath. Right now the alien in this set goes for around $30-$40 on ebay by itself, but the set of two ranges between $100 and $200. That says something about how popular this Batman became. Cape quibbles aside — and those could be fixed with tiny spots of glue — it earns the accolades. Ever since Batman’s Judge Dredd crossover, Bisley Batman captured my imagination. Clearly, it captured NECA’s too.

Check out the gallery below for even more looks at these figures: