The cameo appearances of Stan Lee in the Marvel Cinematic Universe create many paradoxes, if taken at face value. For instance, in Captain Marvel, Lee plays himself, rehearsing lies for the movie Mallrats. Yet in Mallrats, he talks about Spider-Man. Who does not yet exist in the MCU timeline. So did Lee invent him first, then reality copied him? Why does nobody say anything? Guardians of the Galaxy Vol. 2 suggested the best explanation so far. During the movie, Lee hangs out with the Watchers, an alien race who observe all of space and time. He looks very different from the Watchers, but the implication is that his abilities may match theirs — at least until he asks for a ride home. 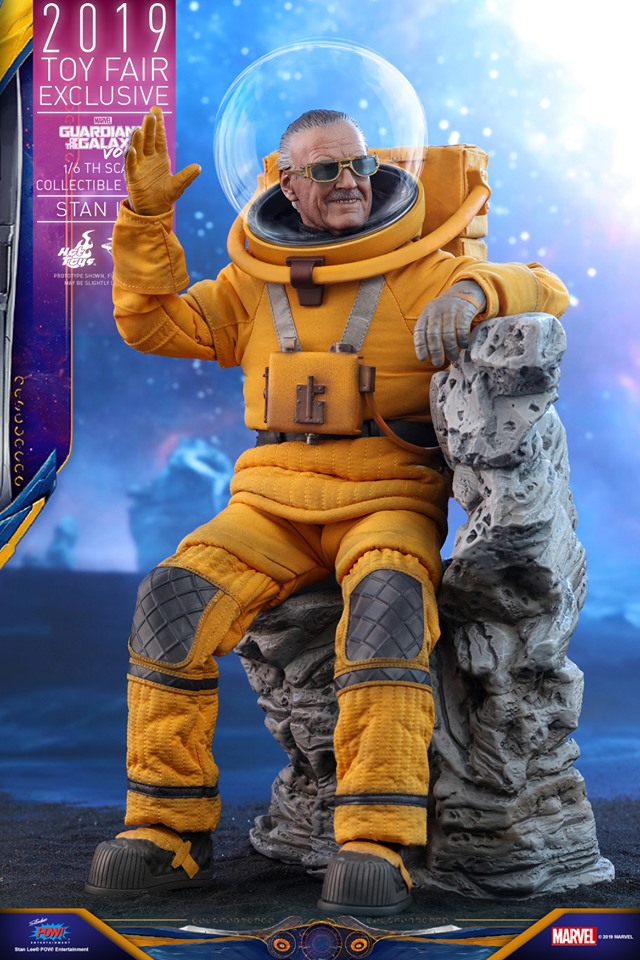 So it may not be a surprise that Hot Toys chose this version to be their convention exclusive action figure of Stan Lee this year. The space version would be the character’s truest form, if we assume all of the Stans are the same guy. They could also be Skrulls, but no movie has gone there yet.

The Lee figure comes with the usual array of Hot Toys alternate hands, but no weapons. Just shiny removable shades, that bubble helmet, a rock base big enough to sit on, and a lenticular backdrop (not pictured) showing outer space. You might even catch a glimpse of Rocket and Groot flying by.

Check out the gallery below for more pics of the new Stan Lee figure. Then head for your nearest summer convention to find out how to pre-order the Man in the Marvel universe. He remains, as always, among the stars.

Like Christmas, a Hot Toys Mantis is finally here.
Geek Culture 1 month ago

Marvel has released the official teaser trailer for Guardians of the Galaxy Vol. 3, which features the first look at…
Movies 2 months ago
Loading Comments...