The easiest part of carrying a burden is tossing it away. Removing struggle and adversity in such a compact motion does wonders for those under their weight. At least until one realizes that removing one makes way for another, possibly heavier, one. Trish Walker learned this in Jessica Jones’ farewell episode. She left her burden steeped in a pool of blood in the courthouse elevator. But she gained another: Jessica. The Hellcat played the prey in a familial game of cat and mouse. There’s no more rationalization or protection to keep Trish from seeing her true self. Even if Jessica had to physically force her to see it. Trish is the bad guy. 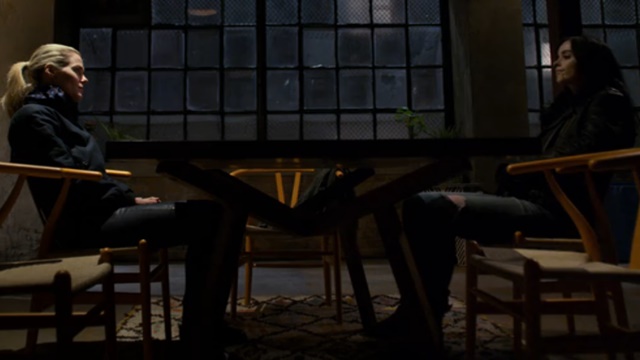 Chaos consumes the courthouse as police respond to Greg’s murder. Jessica doesn’t stick around to see it though. She knows who did this but remains conflicted about what to do. She returns home to find Luke Cage waiting for her with some sound advice. He recounts how he felt compelled to send Willis to jail for his crimes despite having a desire to protect his family. Just like Willis, Trish has gone too far. She must be stopped.

The sisters come face to face at Trish’s loft. Trish labels Greg’s death horrible but necessary and shows remorse about how her actions have warped their relationship. She points out that at least part of Jessica must be happy that Greg’s gone, but all Jessica feels is fear. Fear for what the new Trish represents and what comes next. She implores Trish to turn herself in before she loses control. Trish refuses. Jessica employs Erik to try to prove her point. She forces Trish to touch Erik’s head, causing him to cry blood. The shock isn’t enough to keep her from running away. Jessica calls in Malcolm to help track Trish before she hurts anyone else in her effort to prove Jessica wrong. 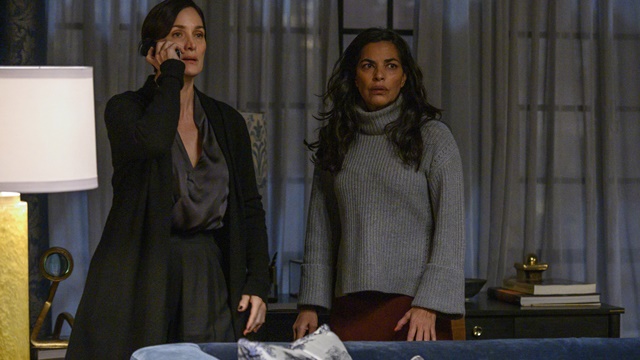 Kith checks on Jeri after the events at the courthouse. She mistakes Jeri’s ALS symptoms for those of shock, prompting Jeri to come clean about her illness. Her apology will have to wait because Trish is on the line. She’s still willing to help Jeri deal with Demetri, but trepidation overcomes Jeri. She knows how Trish handles things now. Trish gets a nervous go ahead and attacks Demetri. But his daughter walks in mid-assault and calls the cops. Jessica learns of the attack and Demetri’s connection to Jeri via Malcolm. She rushes over to Jeri’s, running her down for sicking her sister on Demetri. It could be a blessing though. She can use Jeri as bait to lure Trish.

Jeri announces that she will name the masked woman during a news bulletin the next day. Trish rushes to her home after seeing it but Jessica stops her from attacking. Trish instead takes Kith hostage and Jeri pulls a gun. Jeri angers Jessica by offering to help Trish flee the country if she lets Kith go. Trish agrees and Jeri rushes toward her, firing a shot that grazes Jessica’s leg. Jeri quickly procures Trish’s new passport, but both forget Jessica’s tenacity and ability to complicate matters. She reminds them by publicly condemning Trish’s actions and revealing her secret identity to the world. There’s no way Trish is getting out of the country that easily now. 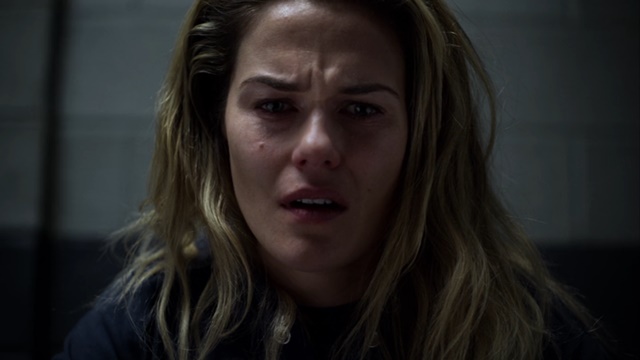 Zaya drops by Malcolm to pick up her things, but they expectedly end up talking about their failed relationship. Malcolm apologizes for sabotaging things. He’s not a good guy but still loves Zaya regardless. Any sliver of hope for them dies when Zaya meets Brianna.

Speaking of love, Trish asks Jeri why she gave herself up for Kith. It’s simple. Jeri loves her. She would do anything for Kith, much like how Jessica would do anything for Trish. Jessica may love her sister but Trish doesn’t believe her sister is willing to make the ultimate sacrifice like herself. It won’t matter much soon though. Jeri employs a smuggler to sneak Trish to Canada in a military coffin. The only problem is that Malcolm already located them and Jessica is on the way.

She finds Trish’s coffin in no time, but Trish is able to cut the building’s power. Her ability to see in the dark allows her to get the upper hand, but Jessica overtakes her quickly. Jessica asks if she is Trish’s next victim, realizing that this version of Trish was in her all along. She saw it when Trish killed her mom: a warped sense of self-righteousness beaten into her by Dorothy. Trish launches a final attack, burying a night straight through Jessica’s palm. Jessica refuses to kill her sister and slams her to the ground. A broken Trish is taken into custody and has an epiphany: I’m the bad guy. 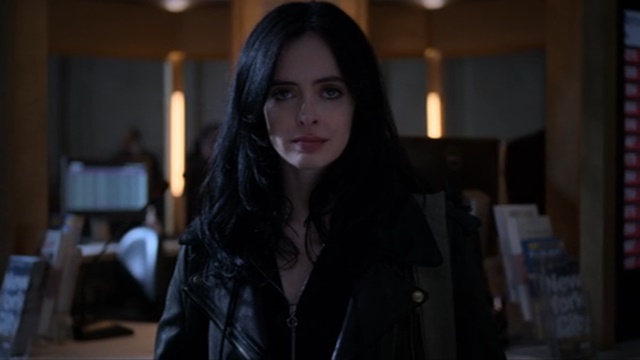 Jeri and Kith reunite, but Jeri’s sacrifice isn’t enough to absolve her of her heinous deeds. Kith delivers a final goodbye to her former lover, pointing out that Jeri created the situation that caused her so much pain. Jeri doesn’t want to die alone but she is going to.

Taking down Trish finally got Jessica the front page hero treatment she never craved, but she remains forever changed. Erik drops by offering to help Jessica with more cases but Jessica turns him down. He’s a good man but she doesn’t trust him. Erik takes it as a challenge to better himself and the two part amicably. She sets up a meeting between Erik and Costa. It’s not a bad start.

Jessica, on the other hand, is ready for the end. She packs up her belongings, locks up shop and leaves Alias Investigations in Malcolm’s hands. There’s one more stop to make before Jessica heads out though. She watches Trish as she is loaded into a chopper bound for the RAFT. The sisters lock eyes one last time before Trish is taken away. Jessica buys a one-way ticket to El Paso, but the purple ticket conjures Kilgrave’s voice in her mind. She’s right to give up. If there’s one thing Jessica is never doing it’s giving into Kilgrave’s beliefs about her. She abandons the ticket and returns to the NYC streets. A hero’s mission is never really over.

What do you think about Jessica Jones season 3 episode 13? Let us know in the comment section below!

Jessica Henwick is Open to Rejoining the MCU as Colleen Wing

Jessica Henwick, who played Colleen Wing in Netflix's Iron Fist series, expressed her interest in returning to Marvel and joining…
TV 3 months ago

Coming out of his Daredevil return in She-Hulk, Charlie Cox says he'll put in a good word for Jessica Henwick…
TV 4 months ago

Director Kat Coiro reveals that She-Hulk: Attorney at Law's polarizing final episode was actually the first one they shot during…
TV 4 months ago
Loading Comments...