It’s time once again to explore this site’s partnership with a retailer more specifically focused on collectibles and superhero items, many of which prove impossible to procure on non-specialty sites. Entertainment Earth serves as home to many figures, statues, exclusives and more, tailored to our specific interests. And not just that — they also have several great deals going on at any given time. In our semi-regular feature, we highlight the best hot new items up for preorder, as well as the best clearance offers. For this Black Friday weekend, they are particularly good, and extremely subject to change after the weekend! Here are the best Entertainment Earth deals and preorders for Nov 26. 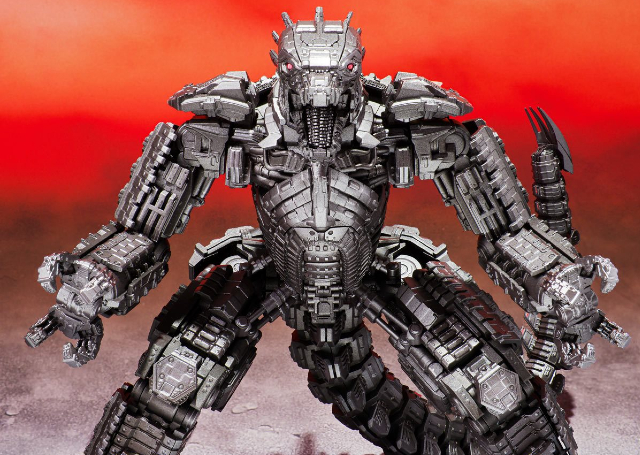 Controlled by the skull of King Ghidorah, this mechanical monstrosity, as seen in the American Godzilla vs Kong, unified the two classic kaiju together on hatred for their common foe. It took the tag team of ape and lizard to tear the giant robot apart, but this imported figure looks so detailed, you’ll want to preserve it. If that price seems high, you should know it’s actually half-off! S.H. MonsterArts figures don’t come cheap, but this year, they might just be at least affordable. 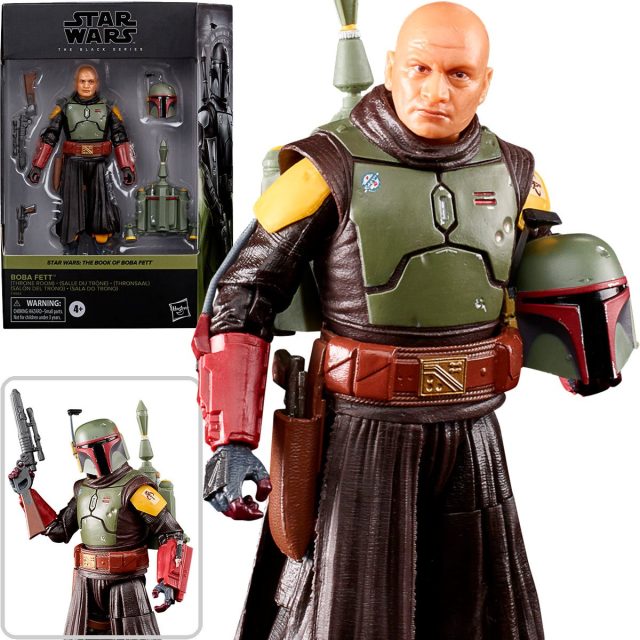 Finally, this Boba Fett hit a reasonable price point. Originally $10 more, ostensibly for “extra deco,” this Book of Boba Fett figure depicts the classic bounty hunter in his most recent look, a combo of Tatooine robes and Mandalorian armor. The helmet and backpack come off, and one gun fits in his holster. 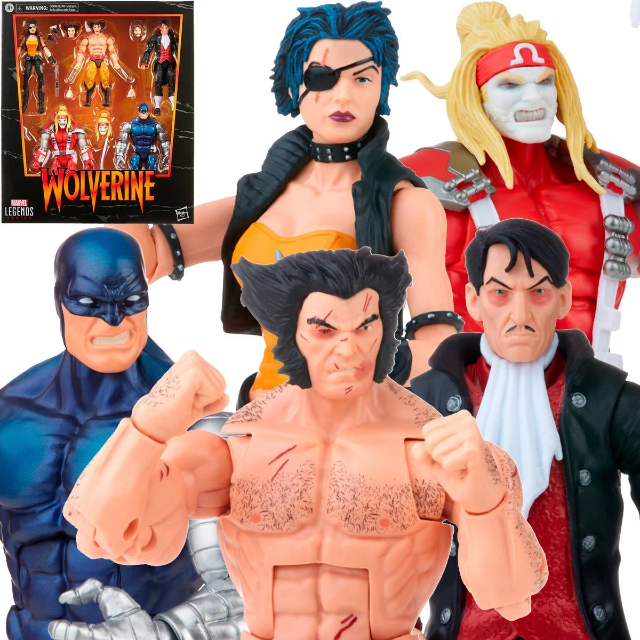 Who doesn’t want a Wolverine extra-hairy and beaten down? Shirtless Logan faces off against four foes in this Marvel Legends five-pack, including big, bad Omega Red. Each figure by itself would cost $25 — grab five for less than the price of three. 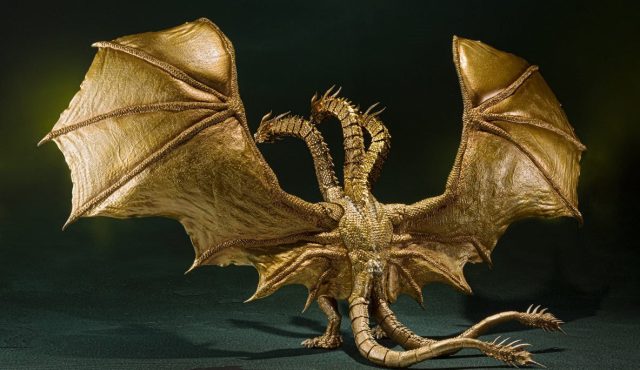 A problem many toy companies run into with King Ghidorah is that he’s just so large compared to Godzilla and other kaiju. NECA never made one because they couldn’t find a mass-retail price point that worked. In Japan, however, toy companies just make things bigger and up the price to whatever it needs to be. This 10.5 inch tall Ghidorah normally goes for $229.99, and towers over the other 7-inch scaled S.H. MonsterArts creatures. Grab this deal and your collection will stay golden. 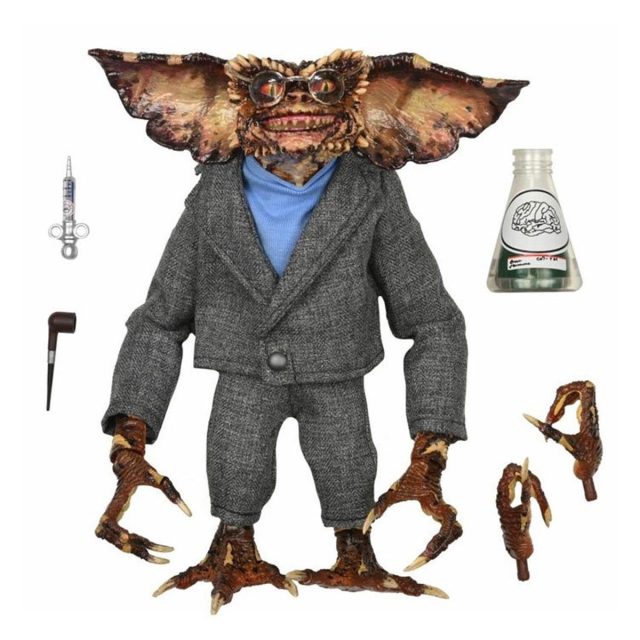 We all know Gremlins 2 remains one of the best sequels of all time, deconstructing the notion of what it even means to be a sequel. Now it’s time to give it some love with more toys, like the Brain Gremlin, who dresses nicely and speaks like Frasier Crane. Such an elitist would never consider himself a bargain, and yet…here he is! 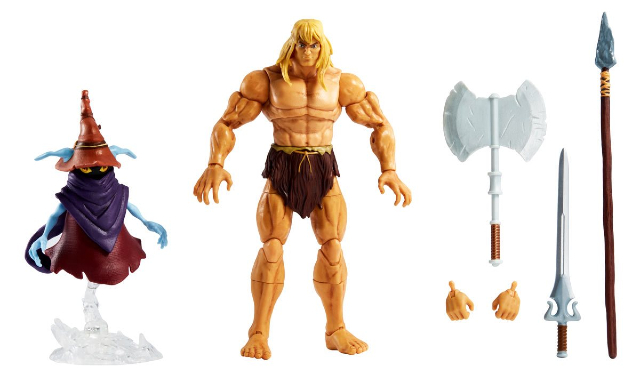 Formerly known as Oo-Larr, the savage He-Man of Revelation comes about when Adam channels the power of Grayskull without the sword to control it. Only the guidance of Orko might bring him back to sanity, and de-Hulk the rage factor. This two-pack is the only way to get Revelation Orko, but at this price, he’s now cheaper than a single figure. 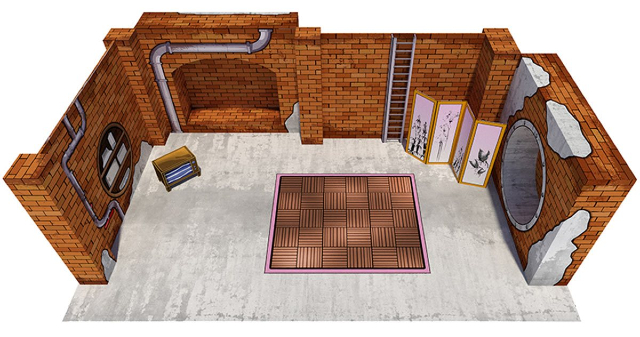 Dioramas are a tough expense to justify for toy companies these days. They’re pricey and an easy cost to cut from figures. But for toy photographers and displayers, they can be essential. Hence a rise in third-party cardboard pop-ups, like this sewer layer that seems perfect for 6-inch radioactive reptiles. Configure it several different ways till it looks turtley tubular, dudes. 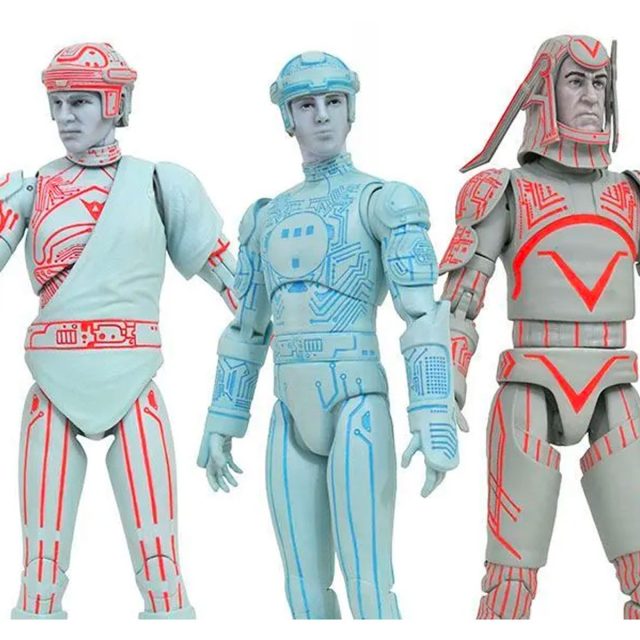 Prepare to enter the grid! It only took a few decades to get Tron figures that looked like the actual actors. If you missed them at retail, it’s time to own Tron himself, villain Sark, and Flynn in red infiltrator mode. That dude abides both color schemes in the computer world. 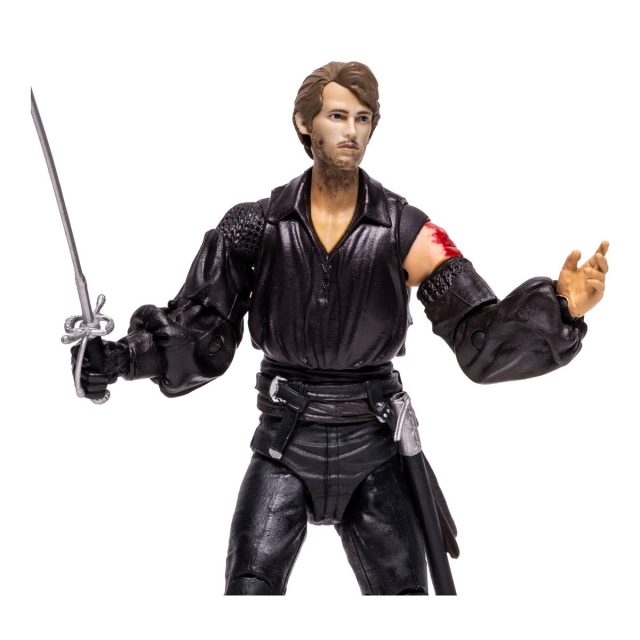 Everyone knows McFarlane Toys loves doing bloody variant figures. But for The Princess Bride? As you wish, Todd. Cary Elwes looks like he just escaped from Saw, but he can still duel villains to the pain. 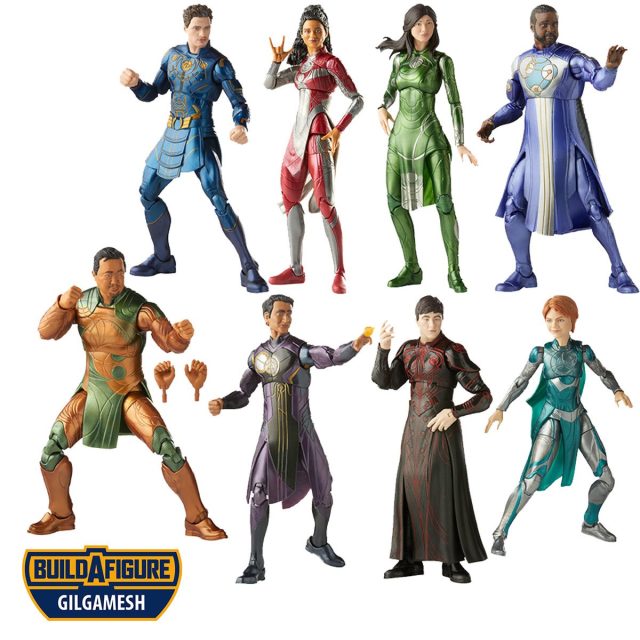 The most auteur-driven film in Marvel’s Phase 4 deserves more love, and you can show it with the Eternals action figures. Mostly featuring shiny, metallic deco, they include alternate hands for power gestures. Buying this set of eight nets collectors an extra Ikaris, plus every figure needed to build Gilgamesh.

Dive into this new Aquaman wave.
Geek Culture 4 weeks ago