If you thought Lex Luthor was dangerous before, just wait until he has the full might of the Temple of Azarath behind him. Even without powers, Superman’s archenemy has always posed a threat to anyone who stands in his way. But Luthor’s latest scheme finds him experimenting with dark magic, putting more innocents at risk than ever before. And it’s up to the young heroes of the DC Universe to stop it. HBO Max has released the first full-length Titans season 4 trailer, which offers new hints about the fight that lies ahead.

The show’s last season found the heroes setting up shop in Gotham City. But this year, their crusade against crime brings them to Metropolis, where they will face a host of new supernatural threats. Titus Welliver is making his series debut as Lex, who (according to Dick Grayson) is only man Bruce Wayne was ever afraid of. Beyond Luthor’s newfound interest in the Occult, the team’s new enemies also include the Church of Blood, whose leader, Sebastian (Joseph Morgan) seems to be struggling with a case of mistaken identity. Luckily for him, Franka Potente’s Mother Mayhem is there to help him embrace his destiny.

As they navigate their latest mission, the Titans will receive assistance from Jinx (Lisa Ambalavanar), despite the fact that she is usually a villain in the comics. But that’s not all. Lex is also looking to reunite with his “son,” Conner/Superboy, who was cloned from a mix of Luthor and Superman’s DNA. Meanwhile, Gar/Beast Boy is confronting some demons of his own, all while sporting a brand new costume.

Titans season 4 will premiere its first two episodes on November 3, with new episodes arriving on a weekly basis through December 1. The season’s six remaining episodes will air sometime in 2023. You can also check out a new poster for the series below.

What do you think of the latest trailer for the series? Let us know in the comment section below! 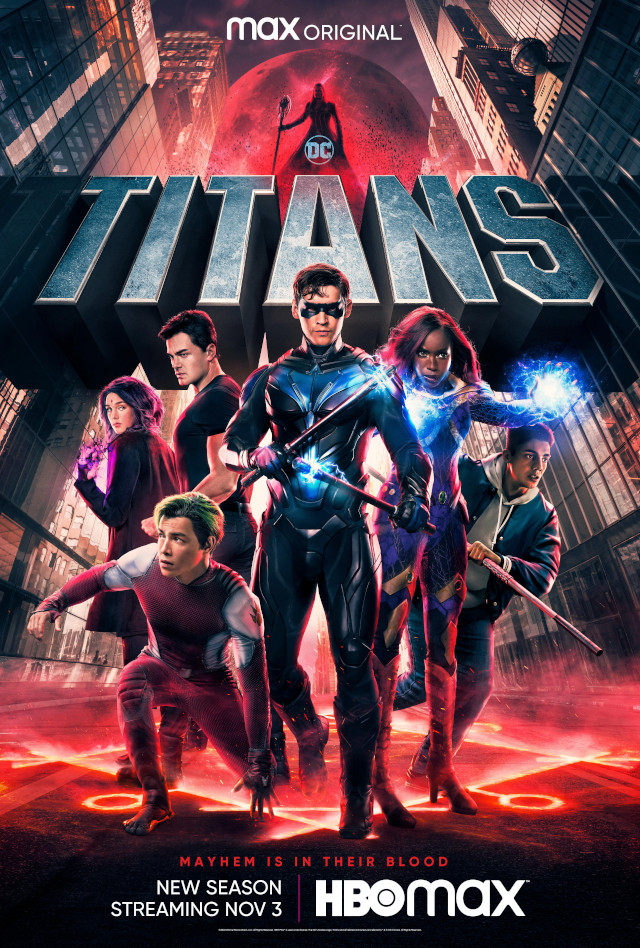 At long last, the next stage of DC film and TV projects have been revealed, including Superman Legacy, Batman and…
Movies 7 days ago

Mark Sheppard Says That Doom Patrol Has a Good Ending

According to Mark Sheppard, showrunner Jeremy Carver has come up with a fitting conclusion to HBO Max's Doom Patrol.
TV 2 weeks ago
Loading Comments...