Last winter, Alaqua Cox asserted herself as one of the Marvel Cinematic Universe’s newest heroines when she made her debut as Maya Lopez/Echo in Disney+’s Hawkeye series. And Cox will play a much bigger role as the star of her own spinoff show. Earlier this week, Cox announced that Echo officially starts production today.

Cox shared the news in her Instagram stories earlier this week, where she posted a photo of flowers she received from her friend, Devery Jacobs (the star of FX on Hulu’s Reservation Dogs), to congratulate her on the start of filming. You can view the image below. 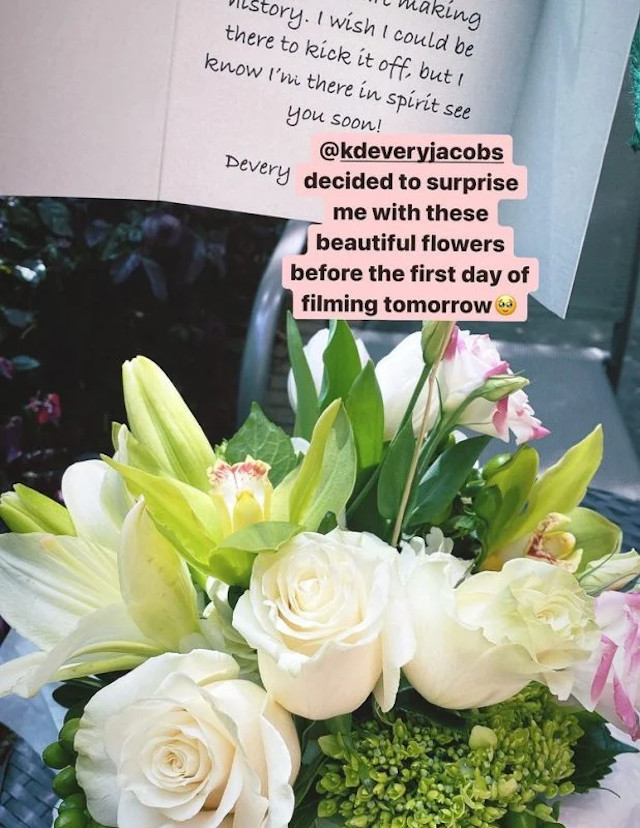 Marvel announced Echo several weeks before Cox showed showed up in Hawkeye’s second episode, so the studio clearly has plans for her character in Phase Four. Maya’s unique backstory has definitely made her stand out amid the ever-growing stable of MCU heroes. Additionally, her introduction marked a key step forward for the movement to represent actors with disabilities.

The last time we saw Echo, she learned that Wilson Fisk (Vincent D’Onofrio) was responsible for her father’s death, which prompted her to hold him at gunpoint in the Hawkeye season finale. Although Echo definitely pulled the trigger, it’s still not clear if the Kingpin of Crime is down for the count. A similar moment occurred in the Daredevil comics, and Fisk survived the attack.

Are you excited to watch Maya’s story continue? Let us know in the comment section below!

Gael García Bernal Speculates on the Future of Werewolf by Night

Werewolf by Night was a welcome addition to the Marvel canon when it premiered on Disney+ last October. As the…
TV 3 days ago

Ayo Edebiri has booked a mystery role in Marvel's Thunderbolts movie following her critically-acclaimed turn on FX's The Bear.
Movies 1 week ago