“I’m not a bounty hunter. I’m the crime lord now.”

Next week, The Book of Boba Fett will finally arrive on Disney+. It also marks a turning point for Boba Fett himself. Last year on The Mandalorian, Boba Fett seized the throne that once belonged to Jabba the Hutt. However, he may find that getting his rivals to accept him as their leader in The Book of Boba Fett‘s latest promo.

In the footage, Fennec Shand does most of the talking as she tries to win over the other crime lords. Boba wisely remains silent for most of the scene, but he does seem more eager for cooperation than conflict.

RELATED: The Book of Boba Fett’s Fennec Shand Gets Her Hot Toys Figure

There is a little bit more footage in there, including a glimpse of a new human character. 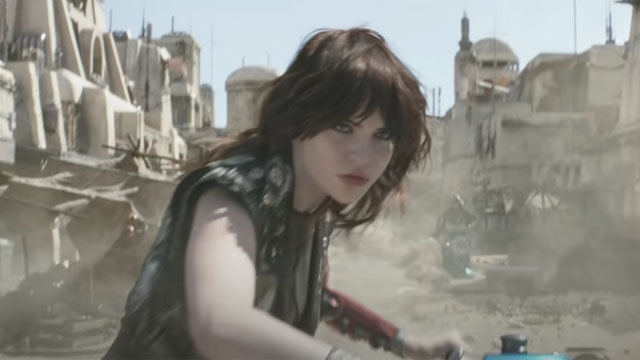 Who is this? She could simply be a one-off character. But she is featured prominently in that close up, so she may be significant.

The Book of Boba Fett will hit Disney+ on Wednesday, December 29. The remaining six episodes will follow weekly.

What do you think about The Book of Boba Fett‘s latest promo? Let us know in the comment section below!

The Fight For Mandalore Begins In The Mandalorian Season 3 Trailer

When The Mandalorian Season 3 begins, Mando is fighting for more than just redemption. He's leading his people to reclaim…
TV 2 weeks ago