Hawkeye Episodes 1 and 2 Review: Saved by the Leads

A Marvel Cinematic Universe series with no powers, aliens, or costumes or sci-fi elements might sound like the toughest sell to date. Sure, Netflix did it several times over, but those shows also included more adult content, and perhaps the supposition that super-suits made things less mature. Disney+ currently doesn’t go more extreme than PG-13, so a street-level crime drama with mismatched partners doesn’t feel as natural there. Like Black Widow, a lot depends upon the goodwill fans feel for the star, Jeremy Renner as Hawkeye. The only MCU founding Avenger (unless we count Nick Fury) not to get a solo movie, Renner’s also a well-respected actor from films like The Hurt Locker and The Town. If he’s earned your respect and affection thus far, he’ll retain it for Hawkeye. Hawkeye episodes 1 and 2. 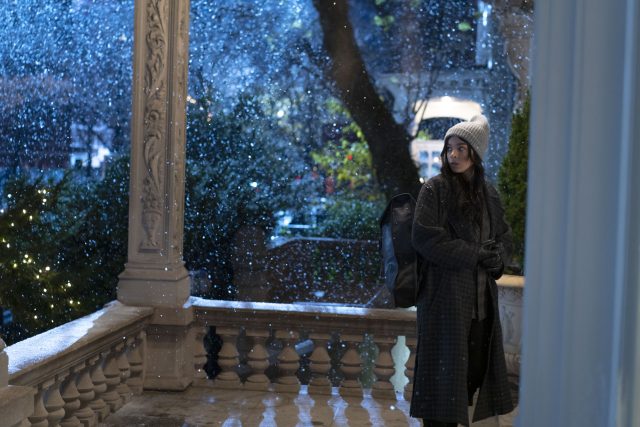 When paired with Hailee Steinfeld, Renner fuels a winning duo. Which is good, because the plot so far…is not. It’s very loosely based on Matt Fraction and David Aja’s comic book run, but the show had to make many alterations to fit into the existing MCU. Fortunately, though, they kept Lucky the Pizza Dog. Marvel isn’t stupid. Most of the time.

Hawkeye makes the most sense as an aspirational Avenger, since he’s the only one that a regular person can feasibly become without bizarre external circumstances occurring. So it is that we meet Kate Bishop (Steinfeld). She’s a girl who idolized Clint Barton ever since their lives accidentally intersected in her childhood. Born as she is into a suspiciously wealthy family, the rebellious Bishop eventually gets her chance to put her skills to the test when she discovers that things that aren’t as they should be. But she has a lot to learn, and one of her more conspicuous actions draws the attention of her hero. For all the wrong reasons — at least, as far as he’s concerned. 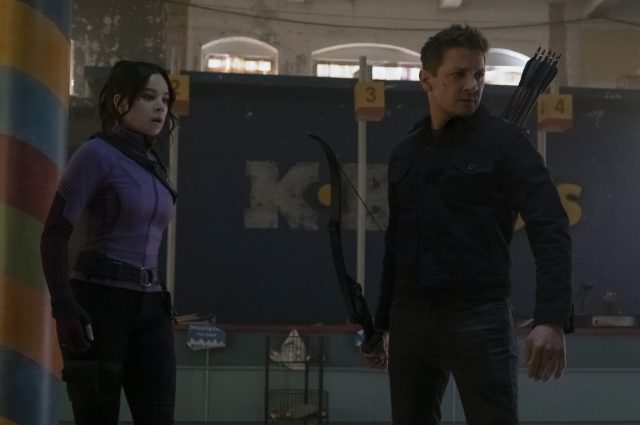 The two don’t immediately meet, but once they do, their interactions play as compellingly as fans might hope. And while nobody expects that these two big-name movie stars would do a long-term episodic TV series, a villain-of-the-week show with Clint and Kate would work just fine. It’s clear the show is building to a big bad in six episodes. Savvy fans, or just those who Google every name spoken aloud, may get a jump on everyone else as to who that villain may be. Let’s just hope that when the reveal happens, it’s somebody less lame than the Tracksuit Mafia, the bad guys who aren’t even great comic relief. Russian thugs are way too easy to overplay, and the show gave into that temptation.

RELATED: Kate and Clint Save the Holidays In New Hawkeye Promo

However, not every attempt at comedy falls flat. There’s an action scene involving Barton in episode 2 that’s one of the funniest things Marvel has ever done. And it brilliantly plays as parody without undermining the MCU’s reality. What Hawkeye does best in general is play up the comedy, and occasional near-tragedy, of a real vigilante/assassin caught in a world of superhero franchises. It’s not quite on the level of Vought in The Boys, but the signs of superheroes as corporate product are seeping in to the onscreen world. Combat veterans since the dawn of time have had to deal with the difference in perception between mythical war heroes and the real-life PTSD-stricken men who come home. In Hawkeye, we get a cartoon version, but with enough truth to resonate without halting the escapism of it all. 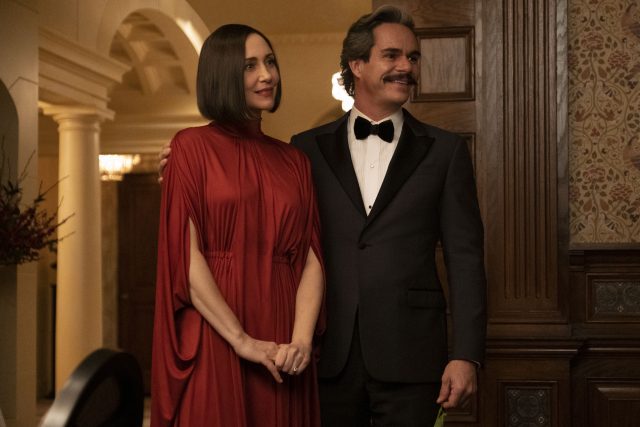 As for Steinfeld’s Bishop, she’s a super-skilled stand-in for every rich kid who had the best training money could buy, yet none of it could fill emotional holes. As her mom (Vera Farmiga) reminds her, even wealth can’t shield her from everything. That’s meant as an admonition away from physical risks, yet Kate needs those in order to feel something other than numbness and grief over her late father. Her upbringing is the kind that more often spawns villains, but that doesn’t seem likely here. Incidentally, Kate’s family dynamics differ a fair bit here from the comics. No apparent sister, for one thing. As for existing MCU storylines, make sure to explain “Ronin” to more casual friends beforehand.

RELATED: Hawkeye Series Producer Reveals Which Comics Were Most Influential

The third lead, of course, only has to look cute and eat pizza. Lucky the Pizza Dog does so in spades, with minimal onscreen jeopardy to himself. Odds of a canine POV episode out of the six seem low, given how little story is covered so far. But if there’s a second season, we’d love to see it. 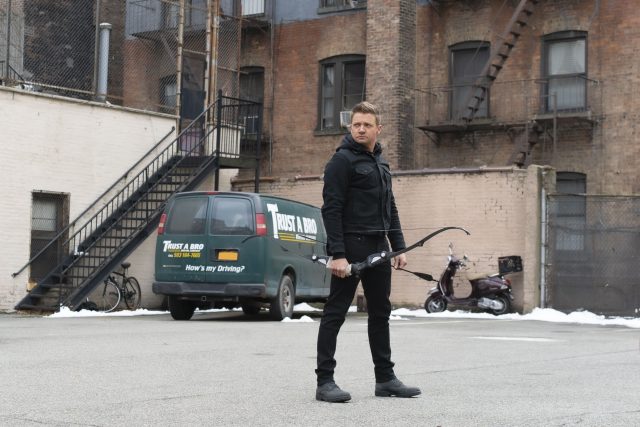 On plot alone, Hawkeye doesn’t have a lot going for it so far. And the end-of-episode hooks don’t deliver the must-see-next-week quality of the previous MCU shows. The fact that Disney already announced one character’s spinoff seems way premature. Renner and Steinfeld remain compelling throughout, and likely would in any situation. But hopefully the show develops in better directions. No one would ever care about this series if it starred, say, Fitz and Simmons from Agents of S.H.I.E.L.D. instead.

Four stars for the leads, two for what’s surrounding them — let’s call that an average of 3/5.

What do you hope for from Hawkeye? Let us know in comments.

WandaVision featured plenty of earworms throughout its nine-episode run almost two years ago. And if the latest casting news for…
TV 1 month ago

Critics are offering mostly kind words to Marvel's latest holiday special, though some argue that it isn't necessarily for everyone.
TV 2 months ago
Loading Comments...