Last year, the first live-action adaptation of the Locke and Key comic book series by Joe Hill and Gabriel Rodriguez debuted on Netflix. Renewal for a sophomore season soon followed, and now the streaming service has released the first teaser for it. In addition to bringing back the Locke brothers, the video announces that the series returns on Oct. 22. There is plenty of fresh footage with the new adventures of Tyler, Kinsey and Bode. The first season set the tone and introduced the watchers to the magical keys that inhabit Keyhouse. Season 2 will explore even more of those magical artifacts and reveal what’s going on with Gabe, the new student at Matheson Academy who might be hiding something.

You can watch the teaser for Locke and Key season 2 in the player below.

The official synopsis for Locke and Key reads:

“After their father is murdered under mysterious circumstances, the three Locke siblings and their mother move into their ancestral home, Keyhouse, which they discover is full of magical keys that may be connected to their father’s death. As the Locke children explore the different keys and their unique powers, a mysterious demon awakens — and will stop at nothing to steal them. From Carlton Cuse (Lost, Bates Motel) and Meredith Averill (The Haunting of Hill House), Locke & Key is a coming-of-age mystery about love, loss, and the unshakable bonds that define family.”

Here’s a look at the new poster: 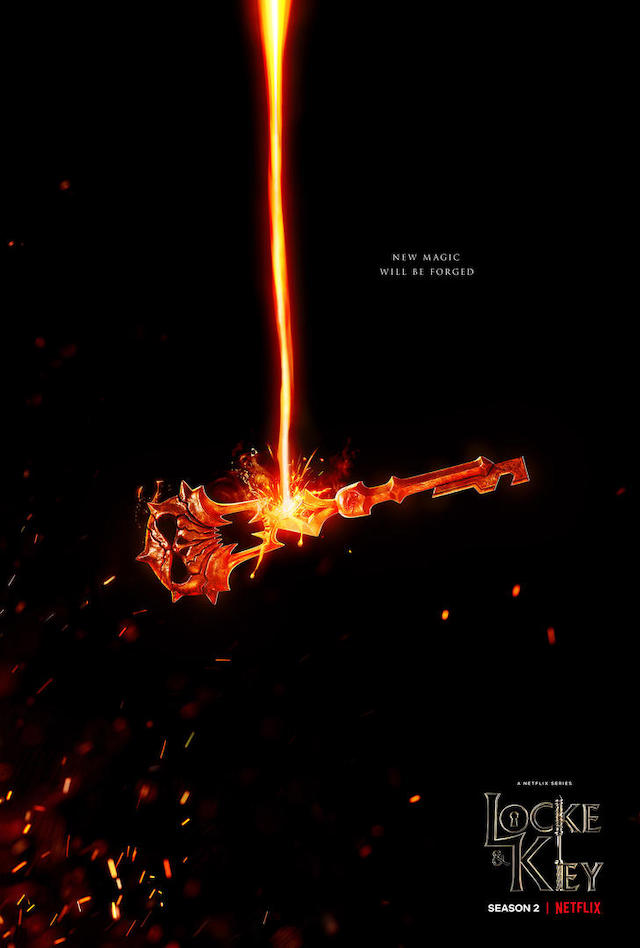 What do you expect from Locke and Key season 2? Let us know in the comments section below.

The Second Crisis is about to test everyone's faith.
TV 1 month ago

Netflix has released the first teaser trailer for Slumberland, a new fantasy film starring Jason Momoa and based on Winsor…
Movies 5 months ago

The Fight For Keyhouse Begins In Locke & Key Season 3 Trailer

The final season of Locke & Key is coming this summer, and the Locke family isn't going to give up…
TV 8 months ago

Star Wars: The Bad Batch returns this fall on Disney+, and Clone Force 99 is going to have their hands…
TV 8 months ago
Loading Comments...