WandaVision Showrunner Reveals How [SPOILER] Made Their MCU Debut

Warning: There are spoilers ahead for WandaVision episode 5!

Last week’s episode of WandaVision unexpectedly reintroduced Quicksilver into the MCU. However, this version of Pietro Maximoff wasn’t Aaron Taylor-Johnson from Avengers: Age of Ultron. Instead, it was Evan Peters making his Quicksilver return from the X-Men films. Does this mean that the mutants are officially in the Marvel Cinematic Universe now? While that question remains unanswered for now, WandaVision showrunner Jac Schaeffer told Marvel.com that Peters’ Marvel comeback was high on her wishlist.

“We loved the idea of [bringing him back],” said Schaeffer. “And then we were like, how in the world are we going to make this make logical sense? Like, how do we justify this? Because that’s the thing, you can hatch a million great ideas, but to make them land, to make them be grounded, to make them feel organic to the larger story.”

“This show is such a mind scramble,” added Schaeffer. “And because it’s working on so many levels, and there’s so many notions of what’s real and what’s not, and performance, and casting, and audience, and fandom, and all of that, we just thought it would be the biggest thrill to bring Evan over to the Marvel Cinematic Universe.” 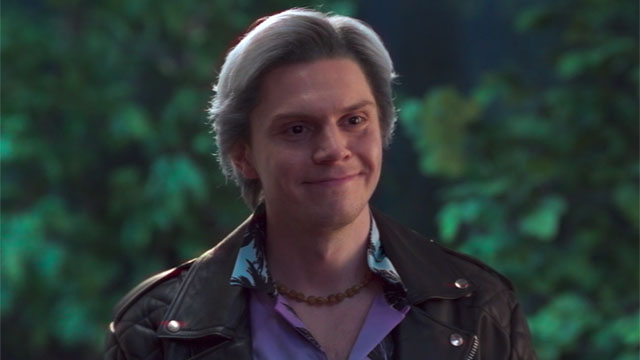 Regardless, both Peters and Marvel Studios president Kevin Feige embraced the idea.

“We were rooting for it for so long, and didn’t know if it would be possible,” continued Schaeffer. “It was complicated to make happen. Evan was always up for it — like, always, always, always. He is a comic book fan, and a Marvel fan. He is always up for the absolute weirdest option. And he’s a pleasure — truly a pleasure to work with. Everybody was really excited. I think Kevin [Feige] wanted to make sure that there was a reason for it, that it made sense. And I hope that’s what we did.”

The first five episodes of WandaVision are already available on Disney+. Episode 6 will debut on Friday, Feb. 12.

What did you think about Evan Peters’ return as Quicksilver? Let us know in the comment section below!

WandaVision featured plenty of earworms throughout its nine-episode run almost two years ago. And if the latest casting news for…
TV 1 month ago

Ali Ahn and Maria Dizzia have booked their own mystery roles in Marvel's Agatha: Coven of Chaos opposite Kathryn Hahn's…
TV 3 months ago

Aubrey Plaza Has Been Cast In Agatha: Coven of Chaos