This is it. Jesse Custer reached the finish line. With the world ready to dive headfirst into the cataclysm, Preacher brought it back in the only way it knows: more violence, blood and genuine love than even Heaven could store. That last one is a tricky thing, though. Some will do whatever is within their means to pull it out of others. But we all end up dirty in the end. So, why should we be afraid of the one so willing to make the world murky in an effort to fulfill a certain emptiness? That’s the question Jesse, Tulip and Cassidy answered on their way out the door. Here’s hoping we see them again in TV Heaven. 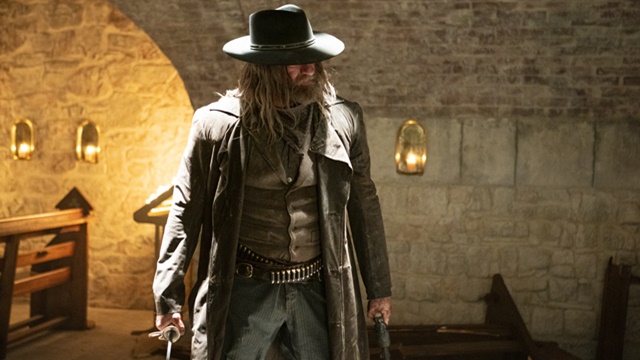 You can’t have an apocalypse without cracking a few skulls, and there was plenty of that to go around. A number of fights start after a brief moment of peace where Cassidy pepped up a stagefright-riddled Humperdoo. Jesus and Hitler haymaker one another. Jesse, Angel and Angel’s lover square up with the Saint of Killers. Starr contends with the most deadly of foes: IT support lines. A vulnerable moment between Tulip and Lara brings the former face-to-face with Cassidy and the latter lining up a shot at Starr. Lara doesn’t survive the confrontation, but she does label Starr an unbeliever before meeting her end.

The doomsday clock speeds toward zero as Genesis’ parents fall at the Saint of Killers’ hand. With no one left between them, Jesse gets an eyeful of his revolvers. But the Saint is talked down after realizing that God’s promise to return his family isn’t something he wants anymore. It’s not who he is anymore. 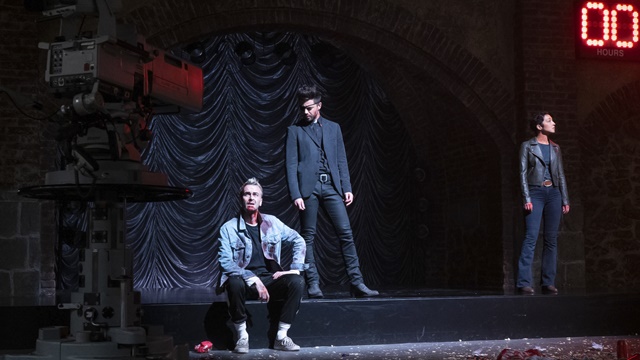 Tulip confronts Cassidy in Humperdoo’s dressing room. Blowing up the world isn’t a worthy reaction to being on the losing side of a love triangle. She tries to beat some sense into him, but that only leads to an all-out brawl between the two. Tulip’s gun ends up in Cassidy’s hands during the fight, but he can’t bring himself to shoot the woman he loves. He understands what he has to do. It’s time to send Humperdoo to the moon. Cassidy shoots and kills Humperdoo as Jesse finds his way into the dressing room.

The Grail remain impatient in the theater after the clock strikes zero and the Messiah doesn’t show. God, sensing Humperdoo’s death, asks Jesus to be the messiah. Fresh off killing Hitler, Jesus declines the offer. He has a purpose to serve elsewhere. With no Messiah, God and Starr run from the Masada as Jesse speaks to the audience. It’s time for him to stop chasing down God. Instead, he uses the Voice to pull the Grail members under his control. They can do to heavy lifting and find God, wherever he’s run off to. Jesse, Tulip and Cassidy stand alone in the studio, celebrating the world’s continued existence. They stopped the apocalypse.

And Arseface curtailed his own cataclysm as well. The man is a survivor and learned to always stand for himself. Even when others pity him or believe he wants to end his life just because of his appearance. A rock star isn’t one to take those kinds of shots lying down. 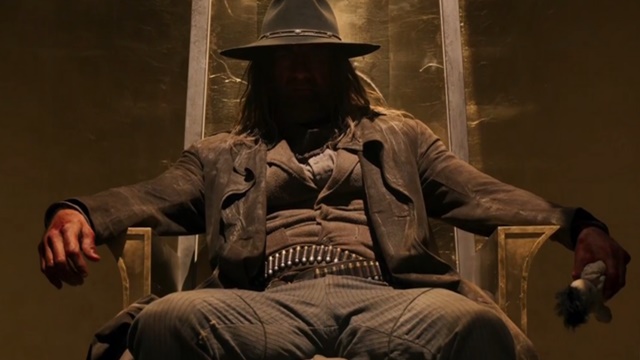 Two years later, Jesse and Tulip’s Lone Star state family life is upended slightly when the Grail report that they’ve found God in San Antonio. Jesse meets him outside of the Alamo and tests out Genesis’ influence over him. Even God must honor the Voice. With that out of the way, Jesse and God have a somewhat benevolent conversation that reveals the sad truth about why God puts his creations through suffering: he wants them to tell him they love him. Jesse isn’t there to give God what he wants. To the contrary, Jesse believes everything would be better without God’s presence. He tosses God around before demanding he stay out of Heaven and leave humanity alone. Jesse puts an exclamation point of the demand by giving up Genesis. He doesn’t need it anymore. As Jesse exits, God breaks down and begins killing his planned follow-up to humanity as they tell him how much they love him.

God soon returns to Heaven only to find the Saint there waiting amidst the bodies of the Heavenly Guard. Jesse saved him before killing him as a contingency should God try to reclaim Heaven’s throne. The Saint finally gets the chance to put a bullet in God’s head, choosing hate over the promise of love. The Saint takes the throne after killing God. 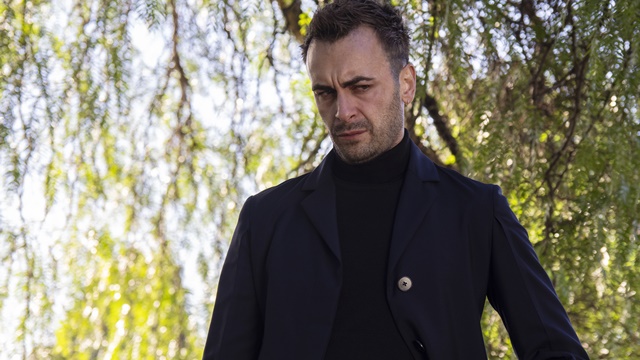 40 years on, Jesse and Tulip lie dead and buried. Their daughter and Cassidy mourn them. She asks Cassidy why he didn’t come back while they were still alive. He doesn’t have a good answer, but his face lights up when learning that Tulip never stopped talking about him. There was a lot of love between the three. Cassidy decides to take his leave. It’s time to visit somewhere new. A place where he will hopefully get to see Jesse, Tulip and the rest of his extended family once again. He ditches his umbrella and walks into the sunlight, setting himself on fire until he dies.

What did you think about Preacher season 4 episode 10? Was it a worthy ending? Let us know in the comment section below.

Nick Tarabay and Jonathan Cake will portray Eclipso and The Shade when Stargirl returns to The CW next year.
TV 2 years ago

Watchmen Season 1 Episode 7 – What Did You Think?!

HBO's Watchmen pulls off its most audacious twist to date, as the truth about one of the main characters finally…
TV 3 years ago