Preacher entered the home stretch this week, rounding the corner with plenty of shifting alliances and motivations. Jesse, Tulip and Cassidy finally reunited only to be split up again while trying to stop the apocalypse. The circumstances provided a chance for God to get his manipulative tendrils within the holdouts. But taking his eye off of Humperdoo could prove costly as well. It’s an hour until the end of the world. That’s plenty of time to make it all burn. 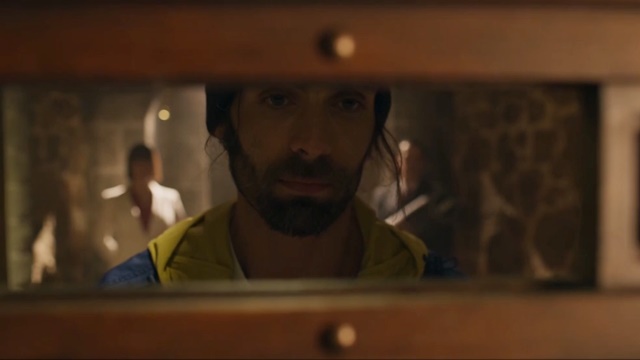 Humperdoo’s return is celebrated by the Grail ahead of his apocalyptic tap dance recital. God fawns over his favorite, even as Jesus tries to earn his favor. Roses and breakdancing barely push that needle. His father’s reaction leaves Jesus distraught. That is until Hitler offers to kill Humperdoo. Jesus agrees but gets cold feet, He stops Hitler from assassinating the messiah, but the ruler of Hell isn’t stopping. He likes to win, and eliminating a simple yet inspiring figure like Humperdoo and positioning Jesus as the savior would be great for Hell. 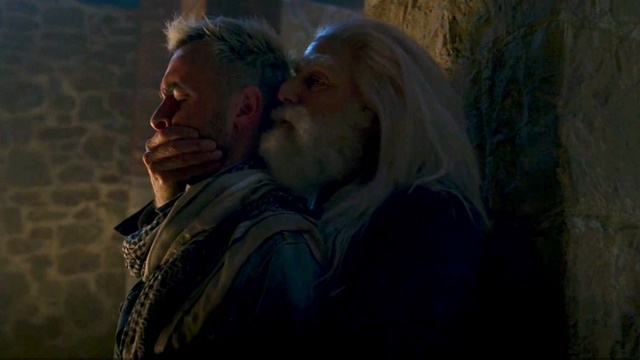 Jesse forgives Cassidy and Tulip for sleeping together before infiltrating the Masada. Starr’s apocalyptic variety show has already begun and they need to stop it. But it isn’t long before Cassidy is separated from the group by God. He offers him a second chance. Cassidy is transported to a vision of Ireland where Billy lived and he returned to his family. This and Tulip can be his if he does one thing for him. After all, why should Cassidy defend the same people that tormented him?

Jesse and Tulip get stuck in an elevator. He blames it on God, but Tulip is more interested in doing something about it. Jesse boosts her out, but not before she poses an interesting question to Jesse: why haven’t you used Genesis against God? Tulip runs into God as well, but he offers her a bet instead of an offer. If she can refrain from striking him for one minute then he’ll call off the apocalypse. God wants a fight, and he’ll say anything to get it. Including bringing up the death of Tulip’s daughter and revealing that he forgot why he allowed her to die. Tulip loses the bet and gets knocked out as a reward. 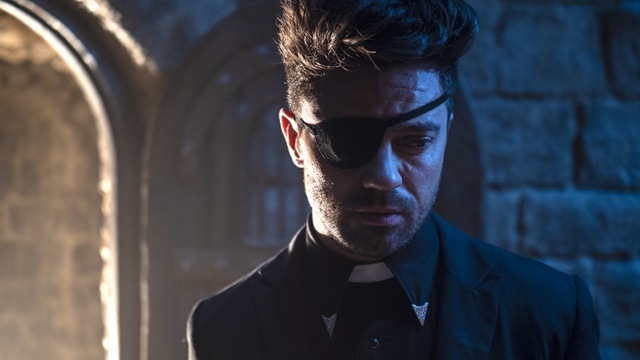 With the world set to end within the hour, Starr and Lara don’t know what to do with themselves. They take the opportunity to bang it out before the brimstone, but Starr’s pillow talk reveals that the end of the world isn’t exactly as it sounds. Starr’s revised plans actually target populations that don’t line up with the Grail’s philosophy rather than complete annihilation. Lara questions the decision, but Starr remains indignant. Did she really think she was getting into Heaven? There’s just one problem though. Hubert Two was supposed to send out the revised plans before Lara put a bullet in his head. Starr rushes away to battle a fax machine in a race against mass extinction. But Starr’s actions push Lara to do something she never thought she’d do. She frees Tulip and doesn’t immediately shoot her.

It should also be mentioned that a newly freed Arseface is hit and supposedly killed by a taxi by in Melbourne.

Jesse finally escapes the elevator only to find Cassidy dismembered and disembowelled. Cassidy tells him about the deal God offered him while breaking down. Jesse tries to keep his friend strong despite the gruesome sight, but that good will goes out the door when Cassidy reveals he accepted God’s deal. This was all a trap. Jesse wakes up in a church with God.  Their journey is at its end. But there is one thing God wants before he hits the reset button: Genesis.

Jesse stands strong until God tells him to try using the Voice on him. Jesse relents. God commands Jesse release Genesis, but Jesse instead tells God to take it. The Genesis talk takes a back seat when the Saint of Killers arrives. But Jesse’s grin soon turns upside down. God and the Saint made a deal. He’s not here for the Lord. He’s here for the Preacher.

What did you think about Preacher season 4 episode 9? Let us know in the comment section below.

The Titans' attempts to rescue Jason from Deathstroke takes a hard turn.
TV 3 years ago

Jesse, Tulip and Cassidy bring their tales to a close as they race against time to keep the world from…
TV 3 years ago

This week, Titans jumps five years into the past and the team's introduction to Dr. Light as well as Donna's…
TV 3 years ago
Loading Comments...