Even the most celebrated franchises need a shot in the arm from time to time. The introduction of the Whisperers storyline provided just that as The Walking Dead traveled through its ninth season. The pack of marauding malevolents burst from their walker-cloaked existence to become compelling villains as ratings dipped to series lows. Those numbers rose as the season hit its shocking conclusion, but the show’s implementation of the fan-favorite storyline still felt incomplete. It was missing a key ingredient. It was missing Carl Grimes.

There have been plenty of changes that paid off to varying degrees during the series’ journey from page to paper, but Carl’s death last season remains the most drastic. It was perhaps the most touching moment of the show. However, former showrunner Scott Gimple’s decision to kill him off prematurely looks exponentially more short-sighted in light of this season’s events.

Much of the criticism Gimple garnered centered around his initial desire to keep Chandler Riggs in the role for three additional seasons after season seven’s conclusion. This makes sense considering the narrative ground season nine covered. Carl is an integral part of the communities’ connection with the Whisperers in the comic thanks to his blossoming relationship with a captured Lydia. Even more important is the impact that relationship had on the perception of Carl’s maturity. His sexual and emotional exploration let the character undergo a transformation of sorts, experiencing events that feel refreshing in their normalcy. Outside of Lydia’s mother being a psychopath that lives among the dead, that is.

But Carl is no more in the televised world. This meant that his place in the tale of the Whisperers needed a new player. That responsibility went to the Kingdom’s favorite son, Henry. It’s not a terrible choice on the surface. Henry’s age and sense of justice line up well enough with Carl’s, but there are clear disconnects between their motivations and actions. Mistakes of youth and the influence of their morbid atmosphere shaped both characters and placed them in proximity to Lydia’s cell. Things splinter once that relationship begins. 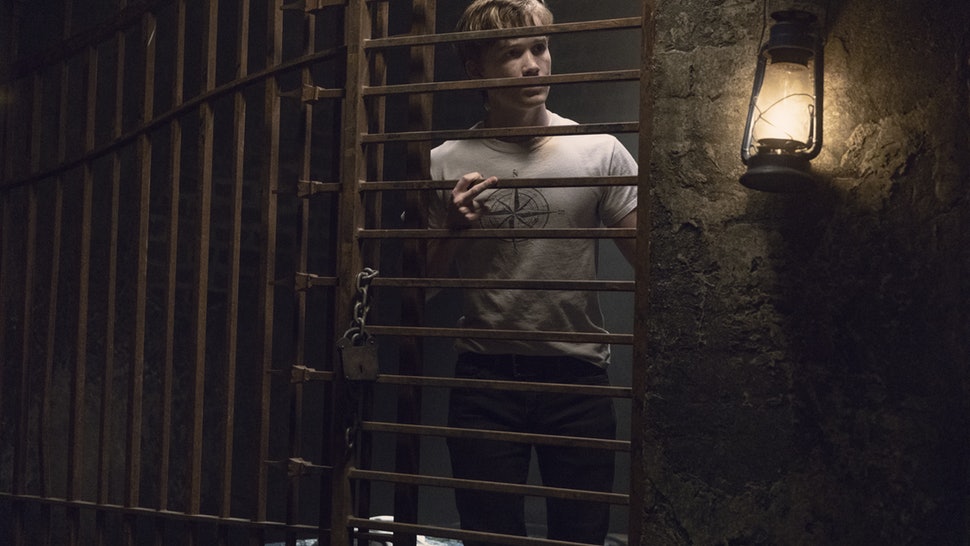 Carl’s connection with Lydia comes from a place of two young adults internalizing trauma and finding their own moral identity within. Elements of this are present in Henry’s connection to Lydia, but much more focus is placed on Henry’s polarized view of justice and pubescent attraction. He develops feelings for Lydia similar to Carl, but his rescue efforts boil down to it being the right thing to do rather than any sense of validation. Carl values Lydia because he believes her to be the only person in the world that makes him feel normal despite his disfigured appearance. She grounds him back in a sense of normalcy that cultivates his self-worth even as he blames himself for Alpha’s grotesque border. Henry simply wants to save his lady friend while proving his simplistic view of morality correct.

This distilled approach strips a rich story of emotional growth and maturation in favor of pure shock at Henry ending up on the border. Henry actually serves as a replacement for Ezekiel in this way, oddly enough. The rattling climax leaves Daryl as Carl’s stand-in when winter closes in on the survivors. He must defend her presence among the group as others continue to blame her for their friends’ deaths. Lydia also gets in on the act as she takes on the guilt Carl attributes to himself following the discovery of the pikes. This divvying up of characteristics actually proves somewhat honorable to Carl’s portrayal in the source material. Many facets of a complex individual must be divided between three different characters in order for only part of the story’s power to be conveyed.

Honor aside, this all could’ve been avoided. Gimple’s reasons for canning Riggs and dooming Carl become increasingly irrelevant as the show and franchise continue to grow. But that decision robbed the Whisperers storyline of a significant chunk of its resonance. Baseline emotional responses took precedence over complex personal growth. The franchise’s unique ability to juxtapose traditional human narratives against its supernatural backdrop was undercut. The point of no return is years-long in the rear-view mirror now, but that doesn’t make such laments inexcusable. All fans can hope is that season ten will deliver a worthwhile conclusion to the show’s watered-down interpretation. After all, Carl Grimes isn’t walking through that door.

The original Walking Dead spinoff is coming to an end after eight seasons on AMC, but the franchise will continue…
TV 3 weeks ago

The Walking Dead Finale Could Include a Post-Credits Scene

There are still ongoing conversations about the finale.
TV 5 months ago

An upcoming Walking Dead limited series will wrap up Rick and Michonne's storylines, replacing earlier plans for a trilogy of…
TV 7 months ago
Loading Comments...