When it comes to Teenage Mutant Ninja Turtles figures, regular humans rarely sell as well as the wackier, mutated creatures. But what happens when those wacky mutants once were humans, and those humans, significant characters? Retail outlets may say they only want mutants, but convention exclusives offer the perfect venue for the humans. And not just any humans in this case, but pre-mutation versions of major characters. NECA offers four of them as a set this year. 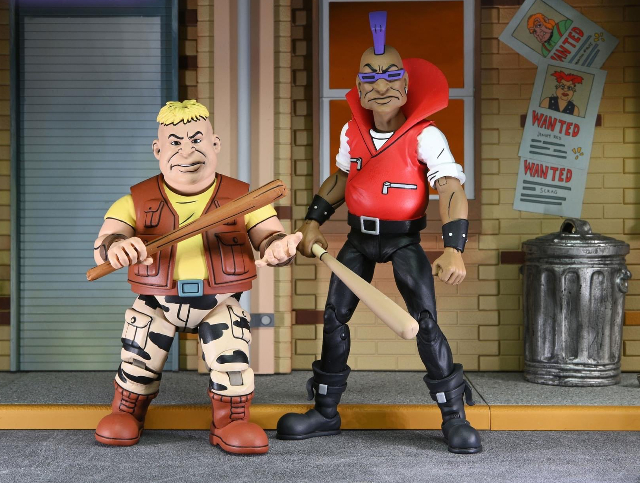 In the ’90s cartoon, Splinter went from man to rat. Here, at last, he comes to figure form as the human Hamato Yoshi, complete with a bowl of four tiny turtles. Rocksteady and Bebop began as meathead street thugs, and here they appear as such, with baseball bats, boombox and spray paint. And mad scientist Baxter Stockman, before becoming a human fly, lived life as a creepy science guy, shown her with a Mouser, cane, and other specialized equipment. 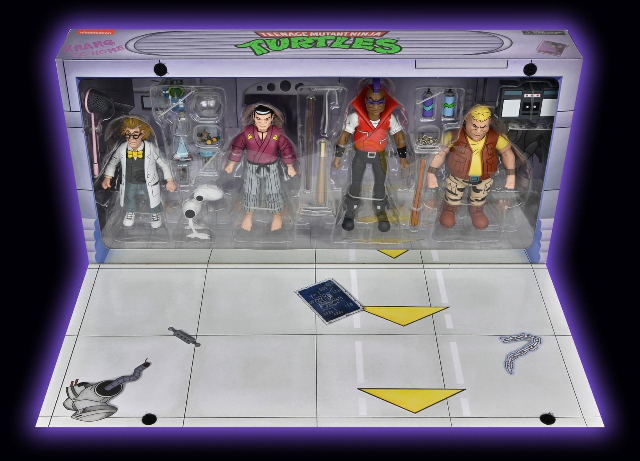 The pre-mutation figures come in a box set that recreates classic VHS art. Pricing and release will be announced at a later date, but it sounds like NECA will be back at San Diego Comic Con this year. Still, they’ve gotten good about upping quantities for all fans who want one, so they might also announce a plan B.

Will you pick up this set? Let us know in comments!

"Mumble mumble...You have my permission to buy!"
Geek Culture 5 hours ago