The Joes are going back in time for their next comic book adventure. Starting next year, IDW Publishing will launch a new G.I. Joe comic book miniseries that draws influence from the team’s beloved 1980s cartoon. New G.I. Joe Comic.

Dubbed G.I. Joe: A Real American Hero – Saturday Morning Adventures, the four-issue mini aims to bring back everything fans loved about the animated series, including the familiar lineup led by Duke, Scarlet, Snake Eyes, and more. Once again, the Joes will work together to stop Cobra’s latest plot to take over the world. But they will be put through the ringer when the evil organization deploys its Aladdin Initiative, described as “their most versatile weapon yet.” 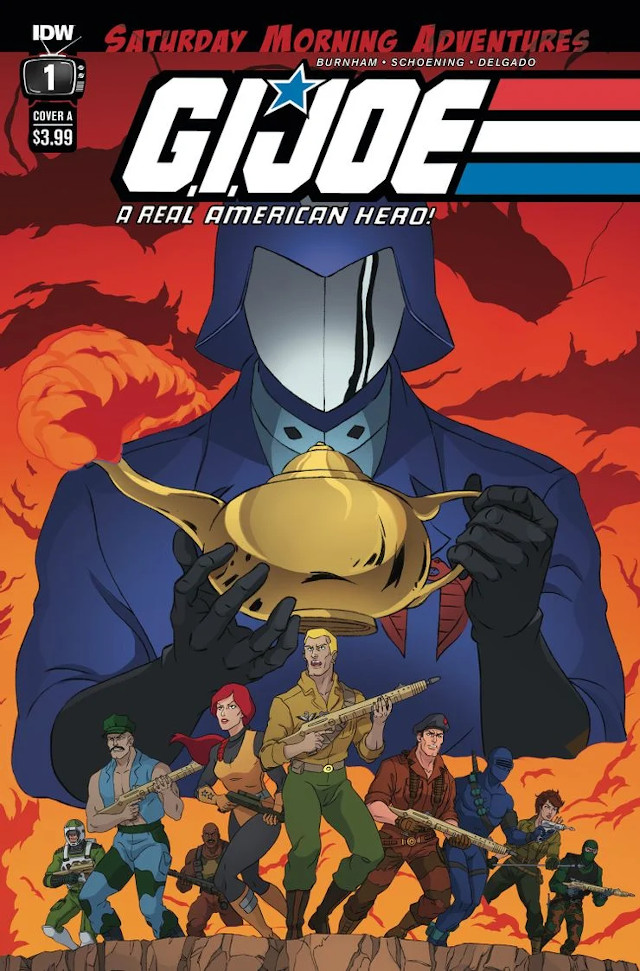 IDW’s series comes from writer Erik Burnham and artist Dan Schoening, with Luis Antonio Delgado providing the colors. According to Burnham, fans won’t be disappointed by what he and his collaborators came up with. They should also appreciate how it embraces the weirdness of the original cartoon.

“I loved how straight-up weird cartoons can be,” said Burnham. “The G.I. Joe: A Real American Hero cartoon allowed for gremlins, Egyptian gods and, of course, a ninja dressed in an ’80s New Wave outfit, wig and all. You never knew where the show might take you. Writing a story set in that universe, you can do anything… and I’m partnered with artists like Dan Schoening and Luis Antonio Delgado, who can draw anything. The idea we came to felt right at home within the world of the cartoon, and I can’t wait to share it with everyone.”

“As a child of the ’80s, I always had a healthy dose of the G.I. Joe: A Real American Hero animated show, not to mention the vast line-up of action figures,” added Schoening. “It’s an honor to take the cartoon that I enjoyed (and still do) so much and visually translate it into the comic book medium.”

Are you excited to read the new series? Let us know in the comments down below! 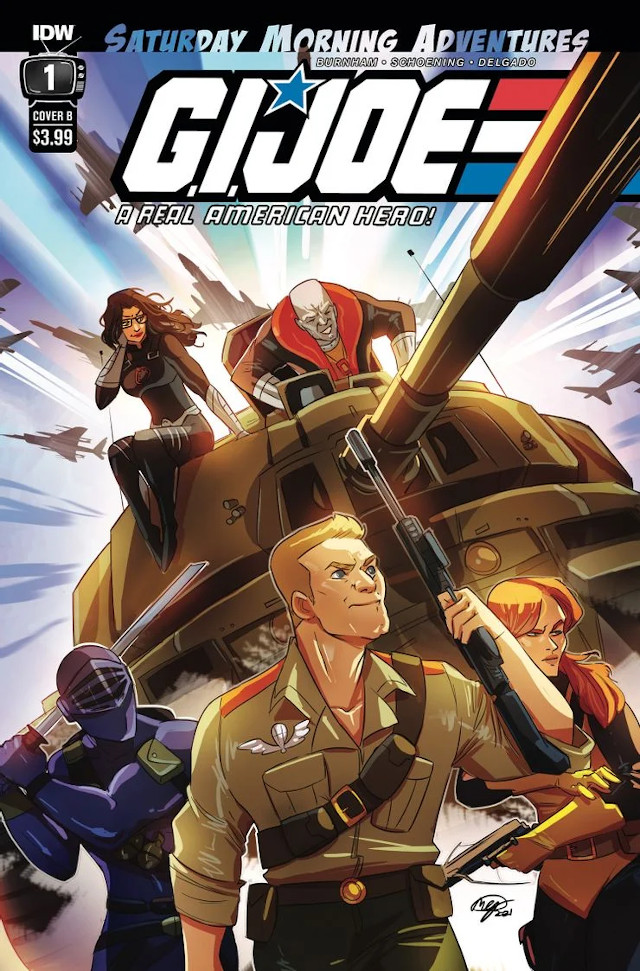 We are a participant in the Amazon Services LLC Associates Program. This affiliate advertising program also provides a means to earn fees by linking to Amazon.com and affiliated sites. New G.I. Joe Comic

The original G.I. Joe figure of "you" gets upgraded.
Geek Culture 16 hours ago

Repaints, un-repaints, and fan favorites are there!
Geek Culture 4 months ago
Loading Comments...