Jurassic World: Dominion looks set to feature an all-star reunion of fan-favorite characters from throughout the five presvious films in the franchise. But there’s one guy who almost certainly won’t come back, because he got well and truly killed: Dennis Nedry, played by Wayne Knight. The sneaky hacker who tried to steal some embryos and wound up blinded and torn apart memorably stole all his scenes, though, and so he gets a collector figure this summer. Along with the dinosaur who caused him so much pain. Nedry and the Dilophosaurus will join Mattel‘s six-inch scale Jurassic Park Amber Collection, a limited series that so far consists of just Ian Malcolm, Owen Grady, and some velociraptors. 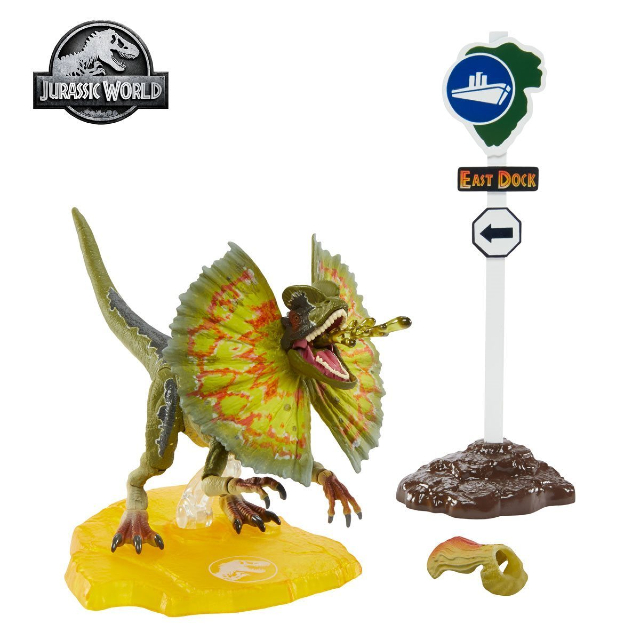 The dilophosaurus, also known as the spitter, appears to use the same basic body as the raptors. But it comes with lots more extras. An exit sign that can point in any direction, two different neck hoods, and a spit-flow that can plug into its mouth. Like the raptors, it also includes a dynamic stand for neutral or action poses. 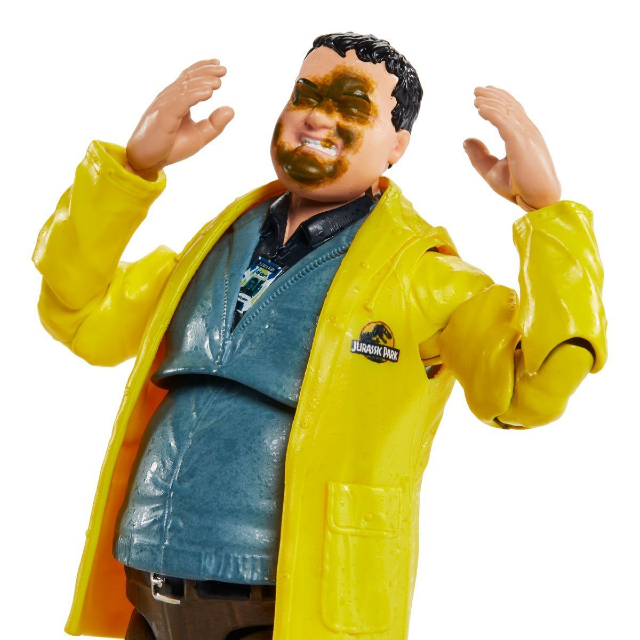 Nedry includes an alternate spit-blinded head, as well as his Barbasol gel can with a secret removable bottom. His injured head follows a franchise-long tradition of injure-able Nedry toys. His very first action figure ever, by Kenner, had removable arms.

Preorder both figures now at Entertainment Earth for a July delivery. Nedry runs $26.99, with his dino foe slightly costlier at $31.99. As another giant lizard movie once proclaimed, size does matter.

Our gallery below has many more angles on both Amber Collection figures. Will you preserve them in your collection? Let us know in comments.

The dinosaur gets down in the dumps.
Geek Culture 7 months ago